I would like to take the opportunity afforded by this question, to translate the epigraph to Ptolemy’s Geography, which is included in the new edition. It might be Byzantine rather than Roman, but for these purposes, Byzantine can serve for Roman. And it illustrates that Romans looked down on all foreigners, not just ones with different-coloured skin.

Here comprehend the world numbered in lines:
north, Ocean, west, east, south; summer and winter;
the roads of nature and the crooked pathways;
the idle Ethiops; the ill-starred Germans;
and the Sarmatians, who look like pigs;
the irksome race of wretched Scythia;
even unto the daybreak lands, of India
and China, at the eastern edge of Earth.

EDIT: as is so often the case, Yanko Tsvetkov’s Atlas of Prejudice nails it: 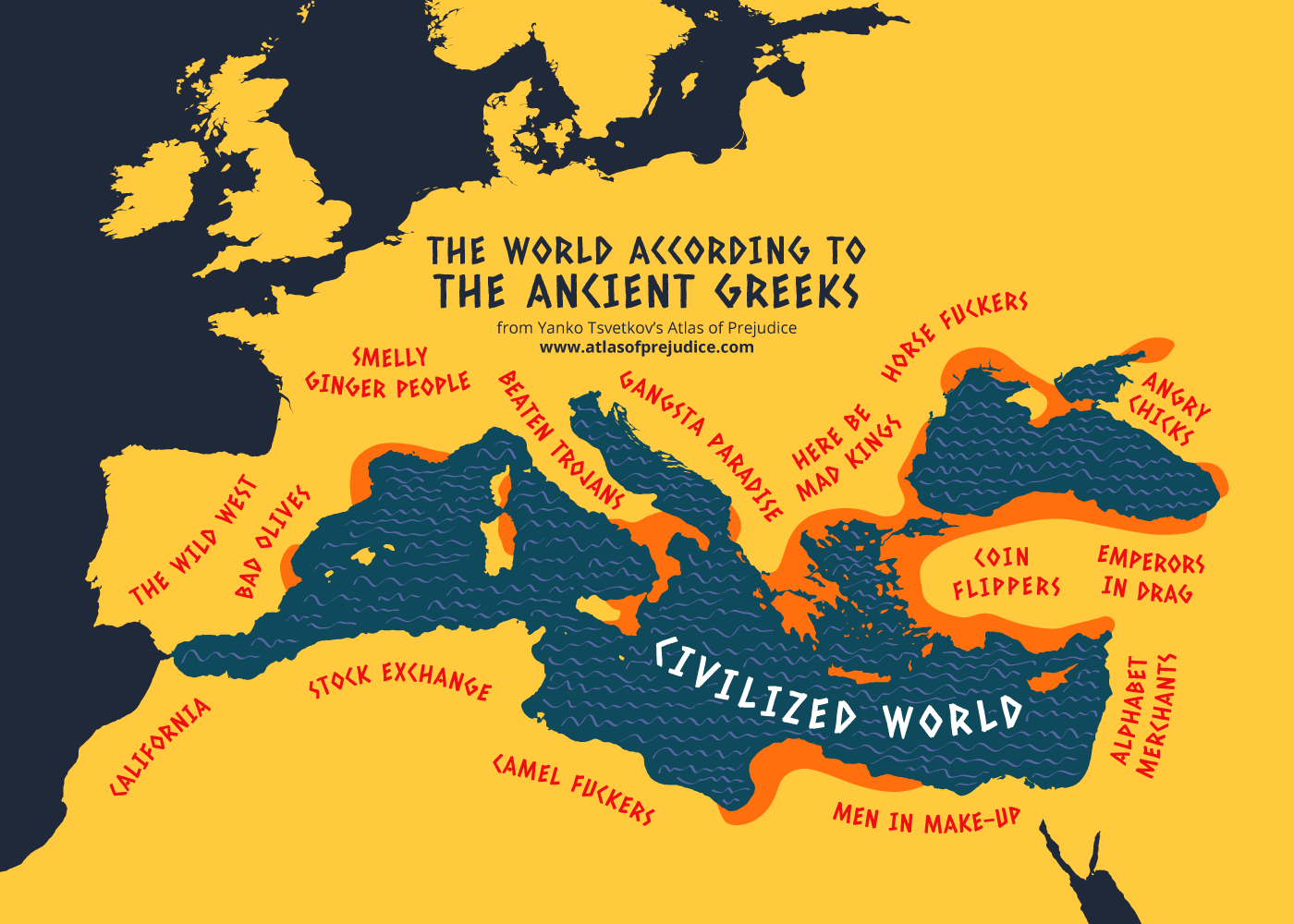 In English, the Ancient word for fox has given us alopecia: Hair loss

The origin of this usage is because this animal sheds its coat twice a year, or because in ancient Greece foxes often lost hair because of mange.

To add to others:

I have a soft spot for μάτια μου “my eyes”.

Κανακάρη μου (masc)/Κανακάρα μου (fem) is “my darling boy/girl”; that’s much more mother to son, and it’s derived from the verb for pampering.

To explain the question:

Tachy-dromos, “quick-runner”, was originally a word for a courier. Couriers deliver mail, and tachy-dromos is now the word for mailman.

If someone uses tachy-dromos in its original original meaning of “fast runner”, rather than its community accepted meaning of “mailman”, how do I react?

I react by telling them to stop being Humpty Dumpty. Words don’t mean whatever you decide them to mean, and they don’t mean whatever the original etymology of the word says, even if the etymology is transparent. Just as an undertaker in English no longer means “entrepreneur”, someone who takes on an “under-taking”. Words mean what the community has ended up saying they mean.

There’s an out with that kind of compound: you can pause between the compound words: “He’s a quick. runner. Not a quickrunner.” Like in English, if I were to say “an underTAKE. -er. Not an undertaker.” That would try and trigger the etymological reading in the listener.

And would likely fail.