Indigineity sounds Latinate, so it is being accepted in those contexts where a Latinate word makes sense. Particularly when the emphasis is not so much on an individual attribute, but on a more abstract construct. Cf. Maleness and Masculinity.

For example, if you want to talk about the factors that correlate with student performance in Australian education (a discussion I get exposed to), you’ve got Gender, Socio-Economic Background, Home Language, and… Well, Indigenousness just doesn’t sound as right, in the context of a statistical factor, as Indigineity. More reified, if you will. And indigineity is the only word I’ve seen in that context.

If male gender were invoked in that context, you would see Masculinity and not Maleness, for the same reason.

This is of course just reasoning by analogy; but that’s how language changes: by analogy.

As I was informed by someone at Uni with an anagram generator: 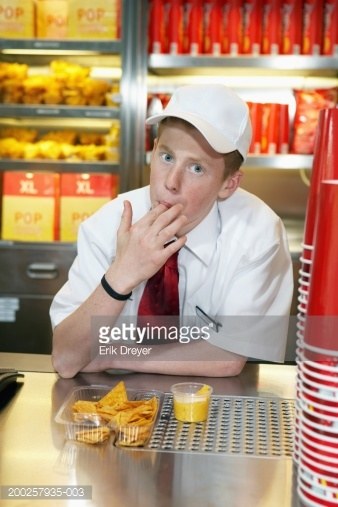 Which I have done, but no guacamole for me, thanks. Just sour cream and tomato.

And NO CHEEZ WIZ! Jeez, GettyImages®, are you trying to kill me?!

Yes. Not by the magic of the fact that it is in writing, but by the fact that it has helped immensely in establishing and propagating conservative versions of the language, based on written records, as the most prestigious versions, which are learned in education and emulated in formal registers.

Given the time depth of the Mayflower, American English should really be a separate language from England English by now. And true enough, there are issues with mutual intelligibility in some registers. But the written norms of the two are close enough, and universally propagated enough, to have kept them in sync.

Universal literacy, and familiarity with the sagas, is widely held as the reason Icelandic has changed relatively little in the past 1000 years. It’s also one of the few places where prescriptive intervention has actually reversed a language change (flæmeli). Written Greek has had a similar effect on Greek dialect.

Related question, with rationales: What are the pros and cons of the Erasmian pronunciation?

When I am on my own, I actually mutter Ancient Greek aloud to myself, to try and work out what the hell is going on. (I’ve never actually learned Ancient Greek formally.) And when I’m muttering, it is of course in Modern Greek pronunciation. Which is motivated by familiarity, since I speak Modern Greek.

When I speak aloud to others, it is in reconstructed, because that’s what the word was as far as I know, and reconstruction makes Greek spelling make sense. In fact, I’ve had Greek classicists tell me “could you please stop using Erasmian to me?”

I don’t use Erasmian, because I find Anglicised or Germanicised Greek distasteful—Dzoys for Zeus indeed! But since I never learned Ancient Greek in an English-speaking classroom, I don’t have the pressure of Erasmian familiarity that Anglo classicists do. If I did, it would make much more sense for me to do so.

I occasionally try to do pitch as well. But no, it does not come naturally, and there aren’t many good models for it. (Search the phrase “Yodelling Martians” on Quora for more on what I think of it.)