The in-universe explanation (to treat Greek mythology like fantasy fiction, and that’s not that absurd really) is

He was renamed Heracles [“glory of Hera”] in an unsuccessful attempt to mollify Hera. (Heracles – Wikipedia)

Stepping behind the curtain, in his monograph on Greek religion (p. 322), Walter Burkert says the name might be a coincidence; but he thinks it likelier that Heracles being subject to Eurysthenes and his protector goddess Hera, and the multiple instances where Heracles cross-dressed, point to a hero whose very point was that he could fall from being the son of Zeus to being disempowered (oppressed by a female goddess, cross-dressing like a woman).

It has been alleged that several Quora accounts have been hacked in June 2017, with spurious deletion requests issued by the hackers, and promptly honoured by Quora. The team of users investigating the breach have identified a couple of vulnerabilities related to Cloudbleed as the likely culprit, possibly via Zendesk (used to manage email communications between users and Quora). Read recent posts on The Insurgency and Cordially Resistant for more.

(The group’s own blog has just been deleted, possibly as a reaction to Top Writer complaints, and the group lead has deactivated his account.)

At least one user impacted reports that he is in conversation with Quora to get his account restored, and the claim has been brought to Quora’s attention via intermediaries on the Top Writer Facebook lounge.

So Quora may be helping those whose accounts have been hacked.

To my knowledge, Quora has not to date communicated about whether the claims are true or not, nor what precautions users should take. (The Quorableed group recommend changing both your Zendesk password and your Quora password.)

The reticence of Quora to communicate to its user base on Quora is longstanding. I am A2A’ing Tatiana Estevez and Jonathan Brill.

The criterion for a deactivation appearing in Necrologue is that it is accompanied by another action indicating either sanction from Quora, or user dissatisfaction with Quora: Category definitions by Nick Nicholas on Necrologue.

People deactivate all the time, and users did not want Necrologue to be filled up with random reports of other users taking time out for exams; at user request, Argologue was set up separately, for users who are just taking time out of Quora for Real Life-related reasons.

From OED, the dialectal survivals like Yorkshire thaa reflect unstressed variants of thou (which were short); thou is a long vowel that has gone through the Great English Vowel Shift—just as house has an /aʊ/ vowel, and is still pronounced huːs in Scots.

The irregularity is you, and apparently the yow pronunciation was around in the 17th century and survives in dialect. OED has a somewhat convoluted account, but the bit of it I find convincing is ēow > you patterning with new, as a /iuː/ instance exempt from the Vowel Shift:

In early Middle English the initial palatal absorbed the first element of the diphthong /iu/ (the regular reflex of Old English ēo plus w ), resulting, after the shift of stress from a falling to a rising diphthong, in /juː/; a stage already reached (in some speech) by the early 13th cent. (compare the form ȝuw in the Ormulum). Middle English long ū thus produced was subject to regular diphthongization to /aʊ/ by the operation of the Great Vowel Shift, as is attested by some 16th- and 17th-cent. orthoepists, who also provide evidence that by the second half of the 17th cent. this pronunciation had come to be regarded as a vulgarism; it survives in a number of modern regional English varieties. The modern standard pronunciation derives partly from a Middle English unstressed variant with short ŭ , subsequently restressed and lengthened, and partly from a form which preserved the falling diphthong /iu/ and subsequently shared the development of other words with this sound (e.g. new adj., true adj.) in which the shift of stress to /juː/did not take place until later; see further E. J. Dobson Eng. Pronunc. 1500–1700 (ed. 2, 1968) II. §§4, 178.

(The unstressed variant of you with short ŭ would be pronounced yuh; it is of course the form usually spelled ya.)

The forests of Crete were renowned, and were going strong even in Venetian times: Cretan Renaissance literature abounds with pastoral scenes, and tales of deer hunting.

These are the kinds of mountains I grew up seeing in Eastern Crete: 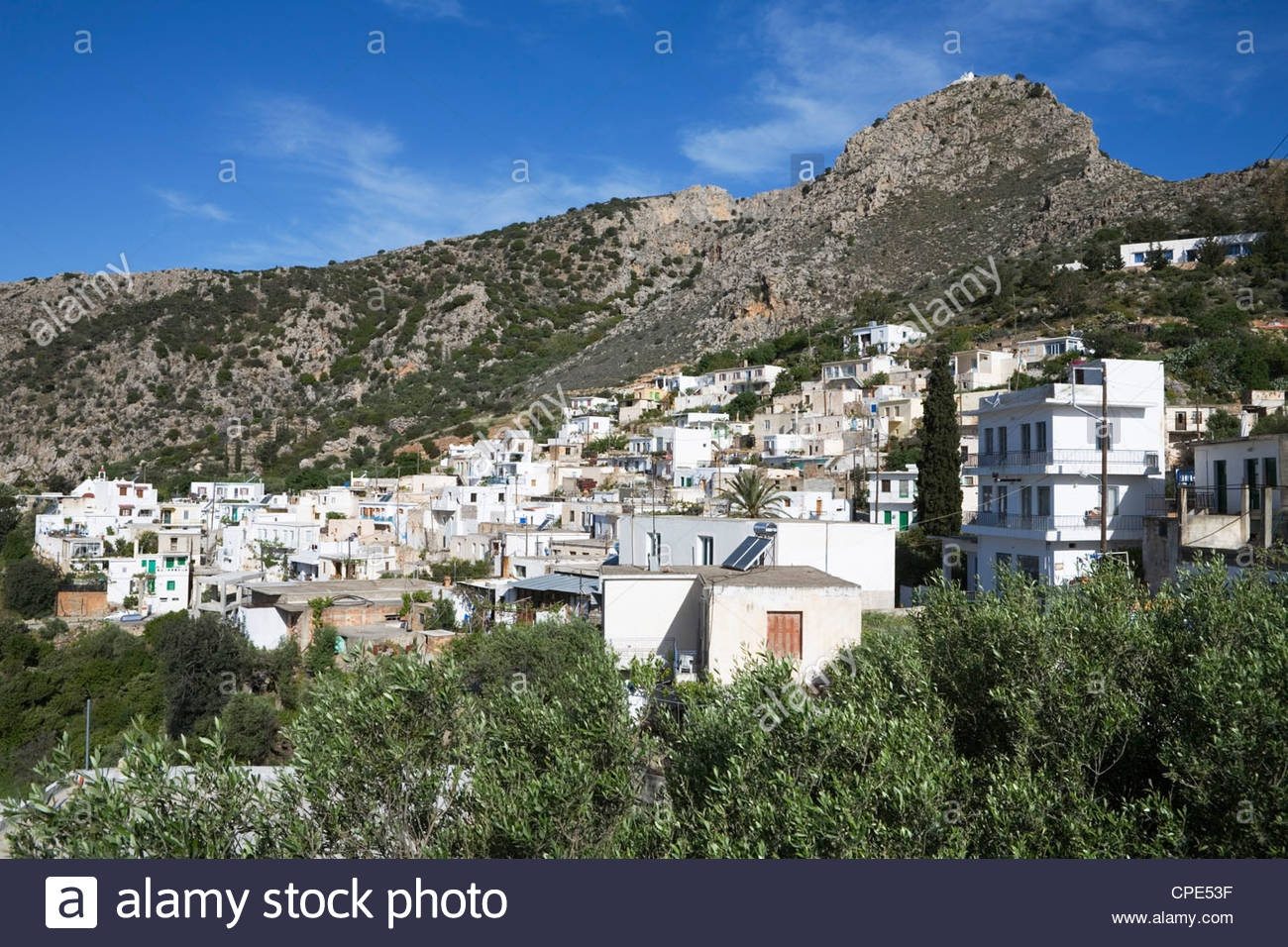 They do have shrubbery. But actual trees are long gone. The first time I saw trees on a mountain was on a visit to Cyprus, and they looked all wrong.

The story I’ve heard is that they were chopped down for firewood, and erosion did the rest. Google Books corroborates:

Forestry in a Global Context:

Many of the forests that were severely exploited recovered and indeed have been through several cycles of exploitation and recovery. For example, deforestation of Crete was a factor in the demise of the Minoan civilization in 1450 BC and yet cypress imported from Crete was used for the construction of the Venetian fleet in the Middle Ages. In the 16th century, the Idhi mountain range in Crete was cpvered in cypress; a century later it was described as a barren spot. The city of Iraklion is located near the site of ancient Knossos, the major city of Minoan Crete. In the 17th century AD, Iraklion repeated the deforestation of the ancient Minoans such that no more local supplies of firewood were available. […] Essentially deforestation all over the Mediterranean occured where populations increased and reforestation occurred where population decreased and people moved out of the area.

The quote as given does not appear in the Ancient canon, or even the Mediaeval canon. Nor in fact does the phrase βίᾳ ἤρχεσαν “they had ruled with force”.

The phrase is a little odd; it’s very much a tendentious summary of what happened in Athens with the Thirty Tyrants, which would be out of place in an historical account, though maybe not in rhetoric.

My strong suspicion is that this comes from a textbook.

Since Profanity as such is no longer banned on Quora, my response is: Του Αγίου Πούτσου.

That can be paraphrased as “Never”.

(It literally means “St Penis’ Day”, because Greeks are strange like that.)

Nick Nicholas’ answer to After “Quora auf Deutsch” what is the next language Quora will target? is a summary of discussions Josephine Stefani, Clarissa Lohr and I have had about the likely Quora internationalisation roadmap.

The choice of Italian remains an oddity among the potential candidates. I am not convinced by the purchasing power of the number of Italian-speaking Google users that might stumble on a Quora answer in a search, and see an ad there (the bottom line explanation for Quora internationalisation priorities).

Unlike others here, I would be delighted if there were a Quora in Greek; but then again, I’m in the diaspora, so I miss being immersed in Greek. German Quorans I know were ambivalent about the point of a German Quora too, but I note that while some will not set foot on it (Kat), others have taken it up despite their scepticism (Clarissa Lohr). The global reach of English Quora is unlikely to be diluted, and the Other-Language Quoras can readily occupy a niche alongside it.

(Niche is not what Quora likely had in mind for all those Googling users and their monetisable clickbait. It’ll be interesting to see how many eyeballs Spanish Quora attracts that weren’t already on English Quora.)

But a Greek Quora? Only if Quora Inc turns into Wikimedia, and releases its software for public tinkering and customisation.

If a language is agglutinative, or has a halfway decent derivational morphology, you can keep making up words based on other words for as long as you like, and those words will be perfectly acceptable. So there is not much of a limit.

There is a limit in how many building blocks of words (morphemes) someone can retain, and those morphemes will correspond to the vocabulary of someone speaking a purely isolating language. (Spoken Chinese isn’t as pure about this as it likes to think it is. Classical Chinese is, but classical Chinese is clearly heavily stylised.)

So, to turn this question into a question somewhat more clearly related to the limitations of human linguistic processing: how many characters can a Chinese speaker retain? Or, how big is the vocabulary of the average English speaker? (which is somewhat close to this, though English derivational morphology is still productive).

The answer for an individual is in the order of magnitude of 10,000. For a contemporary language with a wide range of specialist vocabularies, you are ranging across the vocabulary of all members of the speech community. That means you add one order of magnitude to the size of the available stock of morphemes; you don’t add two.

Appropriateness is always relative. We might like to think that there are universal norms applicable to all people and all situations. It simply does not work like that.

Profanity signals intimacy, because it presupposes a level of trust that the addressee will not take offence, and it situates the interlocutors as both being rebels against outsider norms of propriety, which signals solidarity. The same reasoning applies to the old taboos on sex and scatology, and the new taboos on race and sexuality.