The following poster for tram safety in Melbourne includes a suite of languages.

I had nothing to do with the entry on the second column, third row. 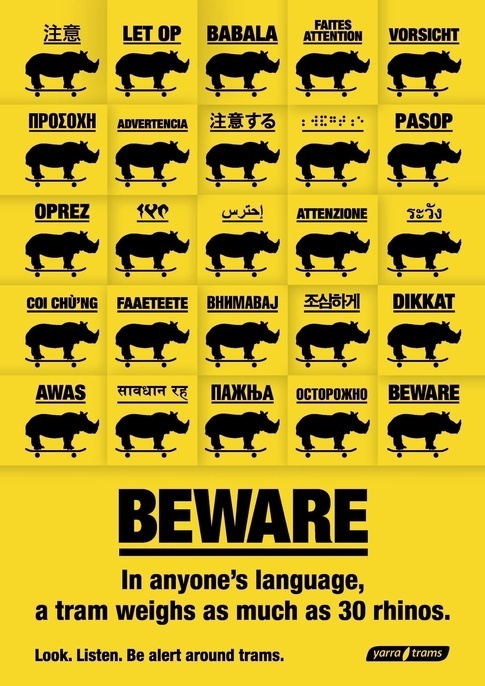 … which is Klingon: qIm.

One interesting aspect of the international quality of the sport is the fact that most of its top players are bilingual as a minimum and often multilingual. Serbian Novak Djoković, for example, upon winning a tournament in Italy, addressed the crowd in fluent Italian and then switched to near-perfect English for a television interview. Djoković, in addition  to his native Serbian, is also fluent in German and Croatian. In fact, virtually the only players who are not multilingual are the American and British native-English speakers.