I’m going to go all contrarian like Evangelos Lolos did. Way too much antiquity here.

Greeks like to tell themselves they are a continuation of Ancient Greek names like Sappho. Hence spelling them with an omega. But if they were, they wouldn’t sound so decidedly hayseed, and be snobbed off by so many Greeks.

The likeliest derivation of that -o? No surprise there. Slavonic vocatives; cf. Bulgarian babo “grandmother (vocative)”, which has been borrowed into Greek as μπάμπω.

Yes, they’re a contrarian choice. But I still think they are charming.

According to the metric I defined in Nick Nicholas’ answer to How long did it take you to become popular on Quora?, somewhere between 1000 and 1200 answers.

Name is your blog name; e.g. My Fancy Blog.

URL is not the entire Blog URL, but the prefix of the URL: if your blog will be fancyblog.quora,com, you type fancyblog in the URL.

There are languages with clean, atomic, nuggety units of meaning as separate words: isolating languages like Chinese and (mostly) English.

There are languages with suffixes as well as words, where those suffixes are still, for the most part, clean, atomic, easy to detect, and easy to take apart: agglutinative languages like Turkish.

There’s a hypothetical cycle (or rather spiral) of Isolating > Agglutinative > Fusional … > Isolating.

Assuming that fusional languages came from something, that there is a different type that they draw from, that type would have to be agglutinative: inflections going from clean and discrete, to messy and mooshed together. What perverse, counterintuitive force would make that happen?

There is a force pushing language to be clearer: more communicative, easier to learn, more iconic, clearer in structure, more logical. That force would keep language agglutinative.

The force that usually ends up pushing in the opposite direction is the force pushing language to be easier: in particular, easier to utter. It’s phonetics.

So the old Germanic i-plurals make sense: one fōt ‘foot’, many fōt-i; one mūs ‘mouse’, many mūs-i. All very clean.

Until people start making those plurals easier to pronounce.

One foot, two feet makes no sense; neither does one mouse, two mice. But they used to make sense. And the changes can all be explained as regular sound changes, that make the words easier to pronounce. (That plus the Great English Vowel Shift.)

It’s the same with those complex inflections of classical languages. Those complicated verbal flexions of Ancient Greek do kind of suggest patterns; in fact, if you look at the fine print of classical grammars, you will see a section where the verb endings are taken apart letter by letter to make sense of them, in a way that tells you they used to be agglutinative. (That plus Indo-European e/o ablaut.)

But to get from that proto-Greek agglutinative pristine niceness, to the mess of Classical Greek, you go through a bunch of sound changes—many of them to do with smashing vowels together into new vowels. Dropping s between vowels is only the most irritating of those sound changes. (So irritating, Modern Greek ended up undoing it: Proto-Greek *lyesai > *lyeai > Classical Greek lyēi ‘thou art unbound’—and notice eai > ēi; Modern Greek linese < *ly-n-esai ‘you’re untied’.)

Nick Nicholas’ answer to What happened when your friends found out about you being a famous Quoran?

Well, the prize for this goes to a friend of my wife’s, who took to saying “Oh My God, you’re, like, the Beyoncé of Quora”. 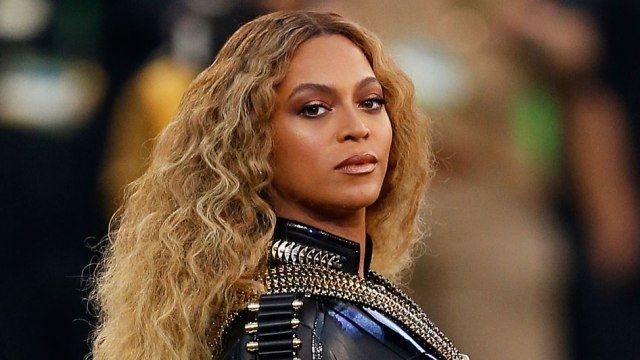 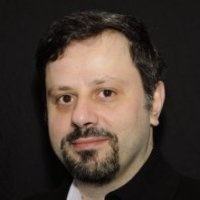 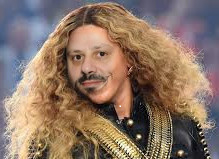 … Wow. Who knew that if you merged Beyoncé and Nick Nicholas, you got Porthos as portrayed by Oliver Platt:

My second BNBR violation. You’re gonna love this one.

It’s in a comment that’s been deleted, because that’s what happens when moderation dings a comment. Doesn’t even appear in the logs.

The context is the question:

Nick Nicholas’ answer to How well is the “new anonymity” policy on Quora working at filtering out bad content, as of March 20, 2017?

The trigger is the anonymous question (since deleted):

My answer had featured an earlier instance of Jack Fraser being victimised by anonymous questions; I’d come across yet another instance, two weeks later, and saw fit to comment on the ongoing lack of vetting by quoting this new lapse:

That’s not a hairstyle you dumbass. Those are fucking pubes!!!

How well is the “new anonymity” policy on Quora working at filtering out bad content, as of April 24, 2017?

All anonymous content will be reviewed for spam and harassment before receiving distribution.

I’ve appealed. Jennifer Edeburn, I know you’ll say here too that I should have provided more detail. Currently, I have to say, I don’t feel strongly motivated to.

Comment thread starting here, dates from December: https://www.quora.com/What-is-Qu… . There are two bugs in this thread.

There seems to be a new, unannounced policy. Two images is now too much “You have posted too many images” is the only reason guven.

I’ve not seen that. Any examples?

OK, I checked a bit and in the Top Writers forum Quora are saying the message “You have uploaded too many images. Please try again later.” is a bug, not a policy change. I assume that’s the same message you’ve had? 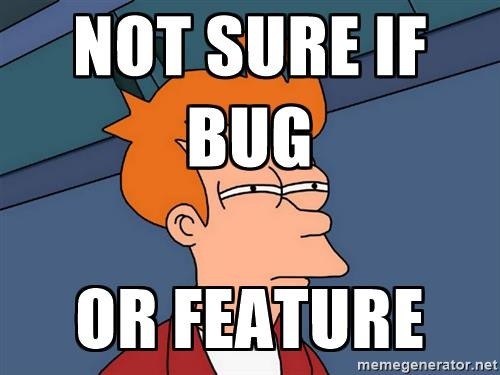 And only Top Writers get to find out that this was a bug:

Can it happen? Anything can happen; and for what it’s worth, Greek has even gotten rid of “once”: Ancient hapax, dis, tris, Modern mia fora, ðio fores, tris fores “one time, two times, three times”.

But as Mike Richmond argues (Mike Richmond’s answer to Will the word “twice” become archaic like “thrice” has?), there do not seem to be clear signs of twice perishing quite yet. The spread of two times in American English that others have pointed to is interesting; watch this space!

Because the Quora Digest consists of user answers such as yours, and different subscribers to the digest receive different answers in the digest, which Quora thinks match their interests.

If you’re asking, why does Quora send out answers in the Digest at all… well, Chris Lynam’s answer to What is the Quora Digest? If I have a link to a story on Quora Digest sent by a friend, how can I read it?

First things first, the Quora Digest is a compilation of the most engaging answers on Quora. It’s also a way for Quora to nurture their audience, and utilize great content to power their email engagement.

Think of it like the Quora email version of a greatest hits album.

Or at least, that’s the intent. See also What’s your opinion of the range of material selected for Quora Digest? Should a wider range of topics be selected?

Stoyan Shentov’s answer that Greeks ultimately came from the Proto–Indo-European homeland is not unreasonable; but we can answer the question more proximately, as what the likely homeland of the Proto-Greek speakers were. (And of course, the Proto-Greek speakers did not come into terra nullius: they intermarried with the Pelasgians or whatever they were who were already living there.)

See Greeks – Wikipedia and Proto-Greek language – Wikipedia. It has long been agreed that the proto-Greeks came from north of Greece, and that the Dorians were a subsequent wave of migration.

The Proto-Greeks probably arrived at the area now called Greece, in the southern tip of the Balkan peninsula, at the end of the 3rd millennium BC. The sequence of migrations into the Greek mainland during the 2nd millennium BC has to be reconstructed on the basis of the ancient Greek dialects, as they presented themselves centuries later and are therefore subject to some uncertainties. There were at least two migrations, the first being the Ionians and Aeolians, which resulted in Mycenaean Greece by the 16th century BC, and the second, the Dorian invasion, around the 11th century BC, displacing the Arcadocypriot dialects, which descended from the Mycenaean period. Both migrations occur at incisive periods, the Mycenaean at the transition to the Late Bronze Age and the Doric at the Bronze Age collapse.

An alternative hypothesis has been put forth by linguist Vladimir Georgiev, who places Proto-Greek speakers in northwestern Greece by the Early Helladic period (3rd millennium BC), i.e. towards the end of the European Neolithic.