Michael Masiello’s answer to Why is it so hard for many to believe that the Earth and mankind were designed?

If you can still believe in naive teleology after you read this essay by Stephen Jay Gould , try reading it again. And the panda’s thumb, I’m afraid, is the tip of a vertiginous iceberg.

Michael Masiello’s answer to I love my boyfriend, but I am afraid of losing him, because I have no control over what he does. I am afraid of loving and trusting because I don’t want to suffer. I get mad at him for things he hasn’t done yet. What should I do?

Michael Masiello’s answer to What is Ludwig van Beethoven’s greatest work and why?

“Vertiginous,” from the Latin vertiginosus, is the adjective form of “vertigo,” which in Latin means a turning or whirling action. Both words descend from the Latin verb vertere, meaning “to turn.” (“Vertiginous” and “vertigo” are just two of an almost dizzying array of “vertere” offspring, from “adverse” to “vortex.”) The “dizzying” sense of “vertiginous” is often used figuratively, as in “vertiginous medical discoveries may drastically change life in the 21st century.”

Is it veridical to state that esoteric verbosity culminates in communicative ennui? has triggered this from me:

Nick Nicholas’ answer to Is it veridical to state that esoteric verbosity culminates in communicative ennui?

It has triggered this from the Magister:

Michael Masiello’s answer to Is it veridical to state that esoteric verbosity culminates in communicative ennui?

Neither of these motives seems particularly noble or intelligent to me. One might say that the deployment of polysyllabic grandiloquence by a querent, whether the intentional dimensions of the utterance are defined by pavonine preening or the self-consuming ironization of discursive modes nonetheless known to the inquirer in an unsubtle, reductive, and ultimately anti-intellectual intimation that all such verbiage is vapid, is hardly laudable.

Straightforwardly, the nominalisation of IRONIZE: “to make ironic in appearance or effect; to use irony : speak or behave ironically”. Not in the obvious online dictionaries, and not in OED either.

From the googles, there is also usage related to iron instead of irony:

The process by which an individual “iron-lungs” a vape hit. Withholding vapor to the cages of the lungs in order to increase buzz probability.

Also, can be used to refer to withholding marijuana in the chest to increase the chances of THC absorption.

The breaking down of nicotine in the lungs to increase the passing to the brain.

You just ironized the fuck out of that vape bro.

The ironization of that hit was almost passed threshold.

Holy fuck Bill, that ironization could have killed you if you held it any longer.

worthy of praise : commendable She has shown a laudable devotion to her children.

A Nicholas favourite, that one.

the definition of intimation

the act of intimating, or making known indirectly.

a hint; suggestion: The death of his father was his first intimation of mortality.

Intimation of (im)mortality is an allusion to Ode: Intimations of Immortality by Wordsworth.

the definition of vapid

without liveliness or spirit; dull or tedious: a vapid party; vapid conversation.

“My generation, the millennials, are so often viewed in a negative light. We are described with the words ‘lazy’, ‘entitled’, and ‘vapid’. I want to help combat this by growing an image of a young person who does not need to fit these titles, for whom the boom of technology has expanded horizons rather than spoiling attitude.” (No Shrinking Violet: Leah Pritchett dispenses doses of healthy advice by Archie D’Cruz on Quoran of the Week)

Loved this one, because I knew the Latin of it!

The metaphorical allusion here is to the proverbial vanity of peacocks; e.g.

“The artists were attacked for being a narcissistic, pavonine, and self-regarding group.”
Arifa Akbar; The Cult of Beauty; The Independent (London, UK); Mar 29, 2011.

The name of this blog was put up to a poll: New Blog for Deactivated Quora Users by Nick Nicholas on Assorted Polls

The people of Quora can name the blog whatever they want, so long as they choose one of the four obscure Hellenic names I’ve just made up for it.

The results did not astonish me. Ecdemologue is the oddest looking in English, with the <cd> cluster. Argologue looks the most familiar in English, because of Argo and Argon. (There’s two meanings of argos in Ancient Greek: “shining” and “idle, inert, slow”. Argo is the first one; Argon is the second one. And the icon of the blog is, of course, an Argon lamp illustrating the abbreviation of the element: Argon – Wikipedia.) 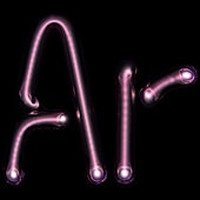 The Argologue (“listing of the inactive”) is a community blog for tracking Quora users who have deactivated their accounts. It is a sister blog to Necrologue, but it is run differently:

Love that jingle–jangle assonance. Happy to make an exit that way.

Oh, you want a translation? It’d kind of spoil it, because it is adolescent (and I wouldn’t be as unforgiving now), but OK:

Those who thank God measure out
their years in a trance, with vaguely dumb faith.
Those who cut themselves a hasty way
hit a crash, with a victorious laugh.

Those who have a job to do value life
as a passing of miserable years in sleep.
Billions make their way and fail,
wasting themselves, to be extinguished mourningly.

The occasional body deserves to keep living
more than us. So we stone them,
and keep living ourselves until we are in the past tense.
Above our graves, days shine

without us. That’s why the drastic treat
life, like someone about to board a flight treats the bus ticket.

The only source of demographics on Quora there has been is the departed Laura Hale’s blog quora numbers, gathered manually and laboriously. For this question, via Facebook. See:

The true and honest and equitable answer is the Magister’s: Michael Masiello’s answer to Is it veridical to state that esoteric verbosity culminates in communicative ennui? Vote #1 Michael Masiello. Vote early and vote often.

The petty and cavilling answer is mine. Others have gone part of the way there, but I’ll finish the task.

No, it is not veridical to state that esoteric verbosity culminates in communicative ennui. Because those are not synonyms of “is it true to say that using obscure words ends up in people getting bored with how you talk”. Big words have nuance. Big words have subtlety. Big words are there for a reason. That’s why you’re supposed to use them sparingly.

We already have. Where do you think motherfucking comes from?

Allusion to incest. For when fornication just won’t cut it any more.

This is an old finding. 150 years ago, damn could not appear in print unredacted.

I believe that everything that ever needed to be said about this has already been said by my friend Quora Quorason. Vote #1: Quora Quorason’s answer to How would you parody your own writing style on Quora?

This answer is meant to be supplemental to that. Only it isn’t, because I am enamoured of my own recherché grandiloquence.

I can substantiate all of this by adequately lachrymose personal experience. As the great poet Farrokh Bulsara once put it,

I’m just a poor boy
from a poor family:
Scaramouche, Scaramouche
won’t you play the fandango.

I trust that we can all draw a lesson from this.

I’ve only been glancingly on French Quora, I admit. But so far, I have found Sihem Soibinet-Fekih to be prompt, and to be engaged. As I’m not really used to Quora staff being engaged on the site, I am seriously impressed by her.