Feature Releases by Rob Lion was about the silent release of the Ask Followup feature.

Quora as Eternal Recurrence: The history of the first iteration of Follow-Up Questions by Nick Nicholas was about how bizarre it was that a feature abandoned in 2010 was revived; there was a jest about how it was like a recently thawed mammoth.

I thank Dot McHale for joining the dots in https://bugorfeature.quora.com/B…

By removing details, and forcing us to ask only “canonical” questions, Quora is making it harder for querents to get questions that actually help them.

By enabling follow ups, I guess, Quora is trying to make it easier for those querents to refine the question first asked, so that they can get the information they want.

I don’t think for a second that’s actually going to work out, but it does make sense. And if that wasn’t what was going on in their heads, well, Quora UX does encourage a fair amount of paranoia…

There has been an unusually high amount of push back for the rollout of removing question details, even by Quora standards. The discussion about what has been going on has been wide-ranging, and it has crystallized something for me.

I have been frequently repeating a comment I made a few days ago:

We obviously aren’t going to convert Quora to our mindset. All we can do is use Quora for our own ends; we ignore Quora’s ends where they diverge from ours, and we resist, as much as we can, Quora getting in the way of our ends.

Hanlon’s Razor dictates that this is likely not out of any malice, but rather mere neglect. The company just doesn’t care about its users, as they are product and not customers. And I’m not saying this as a protest any more; it’s merely an observation. In comparison with its peers, Quora is a presence obtruding over all components of our experience here.

Quora obtrudes in its Design. Its navigation is chronically counter-intuitive. It changes core functionality with startling rapidity, and with little explanation. This site is deluged with questions about how to use the site itself. Bug? or Feature? is not just a joke on this site: users are genuinely confused as to whether new functionality is intentional or not, and become paranoid about how to interpret it. Inasmuch as there is a discernible trend to the changes, it is to force the users to do what the company wants, rather than what the users prefer to do.

Quora obtrudes in its Engineering. Uses perpetually have to deal with refresh timeouts, perpetual scrolling, lost drafts, frequent downtime, and poor search. The gears and cranks are far more noticeable on this site than on its peers in recent memory: what other sites do you know of nowadays, that force you to do three refreshes a minute to get anything done?

Quora obtrudes in its Moderation. The policing of moderation is heavy handed, by common internet norms, and selective. The rules are vague and under-documented. Because of the studious lack of onboarding, users are always surprised on their first encounter with moderation, and they are almost always left at guessing as to what the nature of their infraction was. As a result, users are paranoid that they will be the next to be randomly picked out for sanction.

Quora obtrudes in its Incentivisation. The Top Writer program set up an arbitrary division between haves and have-nots, with no clarity about what it takes to move across. Many Top Writers perpetuate the notion that only they as a group are worth reading. (Two instances that I found particularily offensive occurred in comments to the details removal announcement.) Quora outreach, limited as it is, is restricted to Top Writers. Far from acting as an incentive, the Quill has been a source of resentment, and there are now a non-negligible number of users who have indicated they have no interest in pursuing it. (See responses to What do very popular non-Top Writers think they’d need to change in order to become Top Writers? I am far from the only one.)

Quora obtrudes in its Mission. Quora’s mission, it now seems, is to get clickbait answers to canonical questions. Its users’ sundry missions are to help querents, to share knowledge, and to form communities. Quora doesn’t tolerate this as an outgrowth of its mission; it actively hammers the UX to bring users back into line. And with its opaqueness and reluctance to communicate, Quora does little to encourage writers to buy in to its mission. (Short of the early adopters, I guess.)

The retort whenever anyone complains about Quora is, it’s a private company. Of course it is. No one put a gun to my head, to make me contribute my content, to the greater profit of Quora’s eventual shareholders. If I don’t like it, I can leave.

And eventually, I surmise, I will. I definitely will, if comments or blogs are taken away. And I’ll be taking my content with me: if I decide I can’t stay, I don’t see why my content should continue enriching Quora’s eventual shareholders. Mercifully, the Python Downloader more or less works still, nothwithstanding the constant tweaks in Quora HTML that frustrate it.

In the meanwhile, I seek to be aware of what’s happening, and to help others be aware. Not particularly to protest it, certainly not to change it, but because awareness is always a good thing. It’s why this blog exists, after all.

I have a question incidentally, which I would pose on the site, but the removal of Question Details has made me reluctant to. Are there other comparable sites, where the vision of the owners obtrudes as consistently on the user’s experience, as it does here?

We do want to preserve one aspect of question details that we believe offers critical context for the question: the ability to include a link. With this change, we are introducing question sources, which makes it easy to attach a link to a question:

Ryan Q.Y. See: and, ironically, apparently linking that answer (the Mills Baker one: Mills Baker’s answer to Why should designers work at Quora?) shows up as an “invalid link” when putting it as a source as a question.

Achilleas Vortselas: Hahahah, oh the irony, I am trying to link this post into a new question and it says that it isn’t a valid link.

So you can’t put details on questions any more, but you can put a link—as long as that link is not on Quora itself. 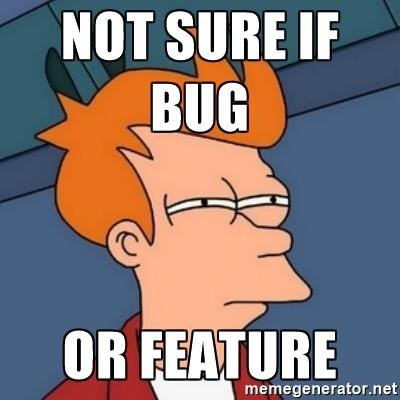 Konstantinos Konstantinides [in response to Achilleas Vortselas]: It seems the the Quora Question bot tries to add links to questions it edited and those links are wrong (loop back to the same question)

I know of three contenders; and having rebrowsed through one, I’m eliminating it from contention. I am, by the way, extending the definition back to 1000 AD.

The contender I have not read (yet) is the only contender from the past century: The Great Eastern, by Greek surrealist Andreas Embirikos. It’s an encyclopaedia of all kinds known of sexual activity, ranging from wet dreams to coprophagia, and from missionary to incest. It’s pretty much 120 Days of Sodom on a boat, except it’s supposed to be liberating and utopian instead of nasty and dystopian. And eccentrically for 20th century literature, it is in Puristic Greek, which is meant to give it a Cavafy-esque detachment. (The two tiny excerpts on Wikipedia, which are clean, make it sound more like a 19th century romance novel, but that’s not what I should be judging it from.)

The contender I’ve just re-read is the poetry of Stephanos Sachlikis, written ca 1370 in Crete. I’ve written a little on him already at Ooh! He Said ‘Fuck’! He must be a revolutionary! by Nick Nicholas on Opɯdʒɯlɯklɑr In Exile. This question was inspired by the late editor Nikos Panagiotakis’ prefatory comment, that his poetry is the dirtiest work of Greek literature up until The Great Eastern.

… I don’t think Panagiotakis, God rest him, got out much. No. It isn’t. Sure, Sachlikis says “fuck” a lot, when talking about the prostitutes of Candia. That’s the extent of it. It’s not like he enumerates positions or perversions; “friar-fucked” (φραρογαμημένη) is as colourful as he gets.

Being misogynistic about prostitutes (but then again, Sachlikis hates everybody, including himself), blaming the widow Koutayotaina for his downfall, and conjuring up a fanciful jousting match between prostitutes competing for working space in Candia—these may count as historically and psychologically informative material, and it may be a rollicking good read. (Greeks are constantly astonished at how easily they understand Sachlikis, even if there are archaic and dialectal bits there.) But dirty? Maybe in Panagiotakis’ generation; not in mine.

The prize, as far as I’m concerned, still goes to the work that Panagiotakis knew full well about, and it was special pleading for him to pretend he didn’t when he lectured on Sachlikis. It’s Spanos, the Mass of the Beardless Man. 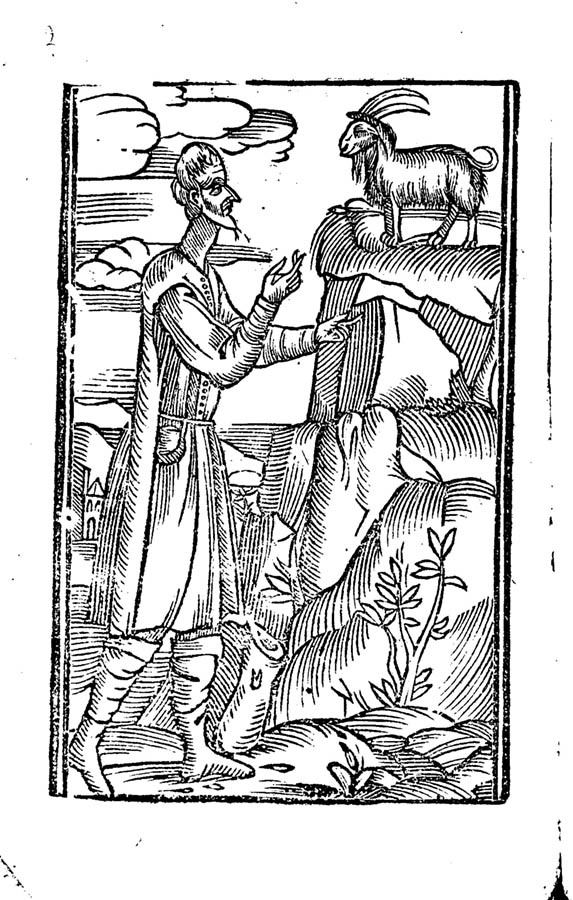 There’s a dearth of information online about Spanos, which is a shame. Spanos is a parody of the Greek Orthodox Mass, targeting a hapless, unnamed victim who is himself spanos. Spanos means “beardless”. The late lexicographer Tassos Karanastassis argued in his PhD that Spanos is a piece of millenarian panic, written about the arrival of the Jews from Spain (Hi-spanos) in 1492 (the year 7000 by Byzantine reckoning); I didn’t find his arguments overwhelmingly convincing, but he did tap into an underexplored current of folk culture when researching it.

Spanos is relentless. Spanos is filthy. Spanos heaps obscenity upon obscenity upon its victim, whatever his origin and provenance; beatings, excrement, impalement, nothing is too brutal for him. And it does it all with note-perfect parodies of the Orthodox liturgy—including several highlights of the Good Friday Mass. As its editor Hans Eideneier notes, the spontaneous reaction of Greek cantors confronted with it is (after recovering from the shock) to start chanting along. (Karanastassis unearthed evidence that bits of Spanos were still being chanted by cantors as entertainment centuries later, in the writings of Alexandros Papadiamantis.) In fact, Spanos is so relentless, it overflows the liturgical genre, and throws in Saint’s Lives, dowry contracts and medical remedies for good measure. Kind of like a scatological Ulysses (although Ulysses is already scatological).

And it includes the very first instance of Byzantine musical notation in print.

Greece’s poet laureate Giorgos Seferis was a pretty astute critic, and he said something very perceptive about Spanos once. He liked it, because it was one of the very few instances Greek has to show of nonsense poetry. Spanos is closer in spirit to the usual exemplar of the limerick than to Edward Lear’s gentle variants of the form. But it’s just as silly, for all its viciousness, and Greek literature doesn’t really do silly all that often.

The Mass of the Beardless Man by Nick Nicholas on Hellenica