For the same reason my bio on Quora topics promotes Quora Base Camp.

The studious lack of onboarding on Quora has been a long-running problem, and there have been tens of attempts by its users over the years to remedy it with their own guides. The problem has been that none of those attempts have gathered critical mass of visibility: the wheel keeps getting reinvented, and noone much gets to go on a ride on it.

Jennifer Edeburn, whom I count as a friend, had a genius idea when she embarked on her own attempt to write a guide for readers: viral marketing. Using our bios as walking billboards, to guide new (and not so new) users to help about Quora.

I thought it a brilliant idea, and I went one better when it went live. Necrologue, for better or worse, has a readership; and its footer is now a walking billboard for Quora Base Camp too.

I was A2A’d this by Beorn Stefanson, but it applies generally.

First thing to do, if forced to become Sage’s bestie, would be to read all their Quora content, to identify areas of common interest.

Next would be to strike up banter with them in comments.

Next would be to start chatting with them in a more real-time venue; Quora Messages, or Facebook Messenger.

The title to this video. A late hit (1961) by the great Markos Vamvakaris, that I have slightly maliciously aligned to my current feelings about Quora.

This is a lame way of getting this video out, but it works for me!

(In general: I take notes to myself as to-dos at work a few times a week; I take notes in meetings by pen occasionally, but in general I write things down rarely.)

There’s a lot of subtle linguistic history going on here.

Thus, the vernacular name for the Ottoman Empire, as anyone who has paid attention to Greek folk song knows, was Τουρκιά turˈkja. The vernacular name for Bulgaria was Βουργαριά vurɣarˈja. The vernacular name for Venice was Βενετιά venetˈja (hence the saying έχασε η Βενετιά βελόνι, “Venice has lost a needle” = “big deal”, since everyone knew how rich Venice was). The peasantry rarely had occasion to speak of individual Western countries, but they did refer to the West, collectively, as Φραγκιά fraŋˈɡja “Frankdom”; thus the folk song about 1453 saying Mόν’ στείλτε λόγο στη Φραγκιά, να ’ρτουνε τριά καράβια “Send word to Frankdom to send three ships.”

The vernacular name for Albanians at the time was Αρβανίτες arvaˈnites, and the name from them as a group, or for their country, was Αρβανιτιά arvaniˈtja. As you can guess, this conflates the Christian ethnic Albanians living in Southern Greece (which are now called Arvanites) with the majority Muslim Albanians of Albania proper; if they needed to differentiate the former, they called them Muslim Albanians, which (given the lack of subtlety of the Millet system) was rendered as τουρκαρβανίτες “Turk Arvanites.” (Hence contemporary confusion by Greeks reading old sources, who assume they were some sort of mixed race).

After the introduction of Puristic Greek, and the corresponding looking down on the vernacular, the archaic -i.a form of the suffix displaced the vernacular –ja form. A real country deserved a “real” form of the suffix, and only the classical form –i.a would do. fraŋˈɡja was replaced with Ἑσπερία (H)espeˈri.a, and individuated Roman names (Gallˈi.a, Itaˈli.a, Germaˈni.a, Angˈli.a). turˈkja was replaced with turˈki.a, and vurɣarˈja with vulɣaˈri.a.

And in time the ethnic Albanians of southern Greece, who were being assimilated, were carefully differentiated from the Albanians of Albania, who were not: the former were left with a slight more archaic form of their name, Αλβανίται alvaˈnite (though eventually the vernacular arvaˈnites was restored), and the latter were distanced from the alvaˈnite by the rather older form of their name, which also matched what was being used in the West: Αλβανοί alvaˈni. Their country, accordingly, was Αλβανία alvaˈni.a.

Now the vernacular suffix –ja did not disappear from the face of the earth. It had other uses that remained in Demotic Greek, quite prominently as a nominaliser (στενοχώρια stenoxorˈja ‘sadness’, αρχοντιά arxontˈja ‘nobility’), and as an indication of sudden action (< –e.a: σπαθιά spaθˈja ‘blow of the sword’). But it was mostly displaced by the Puristic –i.a in names of countries and collectives.

Where it was not displaced was in country names, it’s because they weren’t “real” country names, within the reach of officialdom. Karvavitsas’ 1897 novel “The Beggar” shows a subtle distinction between Bulgaria (given its official name) and Vlachia (= Wallachia), as Rumania would still have been colloquially known: στη Σμύρνη, στην Πόλη, στη Βουλγαρία έως επάνω στη Βλαχιά! vulɣaˈri.a vs. vlaxˈja.

The suffix, as I said, also remained used as a nominaliser; when added to names of ethnic groups, it then denoted behaviour stereotypical of the group. I gave the example of arxontˈja ‘lordliness = nobility’; but given xenophobia, such nominalisations were mostly negative. So γύφτος ˈɣiftos ‘Gyspy’ > γυφτιά ɣiftˈja ‘Gypsy behaviour = uncivilised behaviour’. Βλάχος ˈvlaxos ‘Vlach; highlander’ > βλαχιά vlaxˈja or βλαχουριά vlaxurˈja ‘Vlachdom (used both positively and negatively of the Vlach nation—the Aromanian speakers of the southern Balkans); Wallachia (= Southern Romania); uncouthness’.

The homophonous suffix –ja < –ˈe.a, meaning a sudden action (spaθˈja ‘blow of the sword’) has expanded wondrously itself in colloquial Greek, to mean an action in general; it too is latterly applied to country names. So αμερικανιά amerikanˈja is a stereotypically American action (and it will not be meant in a good way); the SLANG.gr definition (Hi Melinda!) is:

Derogatory description of something we dislike and which is American. Usually used of movies. Often expresses the inability of the utter to express serious critical discourse rather than a specific attribute of what is being criticised. Example: “How was the film?” “An amerikanˈja.” “What do you mean?” “I’m telling you: an amerikanˈja.”

So. I actually have not ever heard the expression Αλβανιά alvanˈja. But this is what it can mean.

If I remember from Foundations of Statistical Natural Language Processing, a lot of stochastic methods, probability theory, and maybe some linear programming. Discrete maths lurks everywhere in the background, like it does in computer science in general. But yes, it’s much more about statistics than anything else.

I’m in more sympathy with Yonatan Gershon’s answer and its free speech absolutism than with Ted Wrigley’s answer which relies on intent. Intent is a very hard thing to diagnose, and I’m not sure I trust a judiciary allied to power to judge it fairly; and of course, any dissidence can be regarded as disruptive and to be quashed.

But I’m going to expand on Jacob Holcomb’s answer, which I think makes a more useful distinction (though I draw the dividing line elsewhere):

We can talk about the effects of depression, but I’d prefer not to delve into discussing suicide.

Ruling a whole topic out of bounds is lunacy, and it’s inviting protest and circumvention. It was lunacy when Melbourne University banned books about jihad from being borrowed, to much media hoopla, just as it is lunacy to ban ownership of Al-Qaeda literature: if you can’t study your enemy, how on earth do you intend to combat them?

If speech is to be policed for noxious intent, as hate speech or advocacy of criminal behaviour, you have to draw a very careful boundary. Unlike Jacob, I don’t think discussing suicide should be banned; as long as there are some proactive disclaimers and steps around mitigating the effects of that discussion. Whenever anyone’s suicide is mentioned in the press here in Australia, the phone number of the suicide hotline is given as a footer or as a fadeout announcement. That, it seems to me, is reasonable. And though I would want a high bar on it, outright advocacy of suicide, or of terrorism, should be curtailed in the mass media. The high bar means that discussion of Islamic grievances, or of the nature of jihadi thought, should not be blocked—although, again, there should be mitigation and disclaimers accompanying the discussion.

I also think banning Mein Kampf is counterproductive, btw, or The Protocols of Zion. And good luck blocking their dissemination through the Internet anyway.

He did leave forwarding details with me though: he’s on Steemit.

OP has expanded on his inquiry:

Its a word in the Greek Septuagint.

But I have no idea how they came with these translations.I cant find any background info on this word with the resources i have.

I would appriciate any additional information anyone can give me about this word.

From LSJ, we know that broûkos is ‘locust’ or ‘locust larva’, and that the word turns up in that meaning in Theophrastus:

Locusts [akrides] are dangerous, wingless locusts [atteleboi] even more so, especially those known as broukoi. (Fragment 174)

We know that Hesychius says it is Ionic, and he gives related forms from other dialects in the same meaning.

Frisk’s Etymological Dictionary notes that the Etymologicum Magnum had speculated it is related to the verb brýkō ‘bite, gnash’. You should always be sceptical about Byzantine etymologies, and Frisk remains so. Frisk is also not persuaded by the connection that some scholars have seen with Russian brýkat’ ‘kick with hind legs’, Ukrainian brykáty ‘to jump around deliberately’.

The word remained in use—though anything in the Septuagint was guaranteed bookish survival: a Byzantine chronicle (Schreiner’s Die byzantinischen Kleinchroniken, 45 §4, says that “in the year 6350 [841–842 AD], on the fifth indiction, broûkhos fell on Sicily.”

I’m not seeing anything linking broûkhos to lightning by googling.

EDIT: This appears to be an error in online versions of Strong’s concordance, which conflate βρο­ῦχος with βροντή ‘thunder’.

All I know about Emlyn is that she’s Asian, trans, and a teenager. To me, she’ll always be her profile pic, as most of you are: 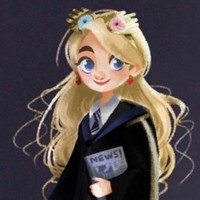 Yet somehow, I doubt that’s a photographic depiction.

I don’t get out much, so I don’t know many Asian trans young people. If the profile pic is not, as it turns out, a True Likeness of Emlyn, then I’m going to guess she looks a little like Natalie Chen:

Emlyn, am I close?