On Sunday, I met another Quoran IRL for the first time.

Noooo… I don’t live in Greece, I just sometimes act like it.

Was it Michael Masiello? 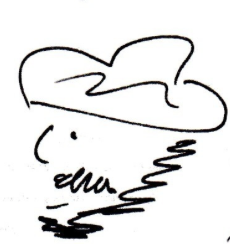 … Nooo, despite Gigi J Wolf’s best efforts, I do not live in the US (let alone the OC), I live in Australia.

Was it Lyonel Perabo?

… Wha? No, PAY ATTENTION. Australia. I live in Australia.

… Was it Tracey Bryan? 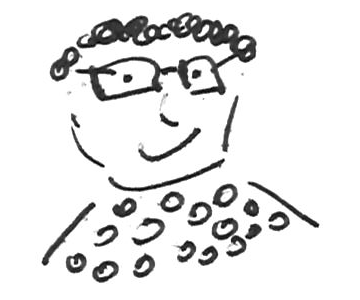 *facedesk* Fictive Quoran Interlocutor, you are getting on my goat. MELBIN, Australia. Mel-boooourne. Melbourne. Not Brisvegas. Melbourne

Was it David Stewart? 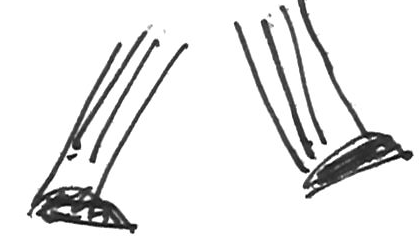 … Nah. Not seeing it. But at least you’ve got the right city now. 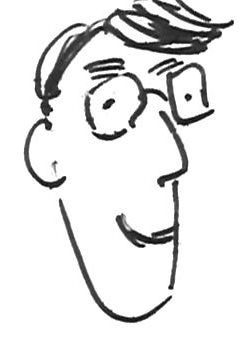 Well, he probably works two blocks from me, but I did say to him once that I promised to ignore him. I think I meant it as a joke. Miguel! It was a joke! And my pen was running out of ink! (Sorry to you too, Trace.)

Was it Brian Collins? 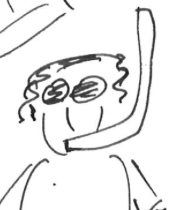 I rejoice that you have asked, Fictive Quoran Interlocutor. It was a most felicitous happenstance: I approached this Quoran about his non-work–related content, and it has turned out since that we have day-job business together, which was bringing him into the country next door.

And so it was that I met, direct from the frozen wastes of Nunavut, via the only slightly less frozen wastes of Toronto, the Dispenser of one-line fortune cookie wisdom, the Scourge of the Mountain View Mensa, 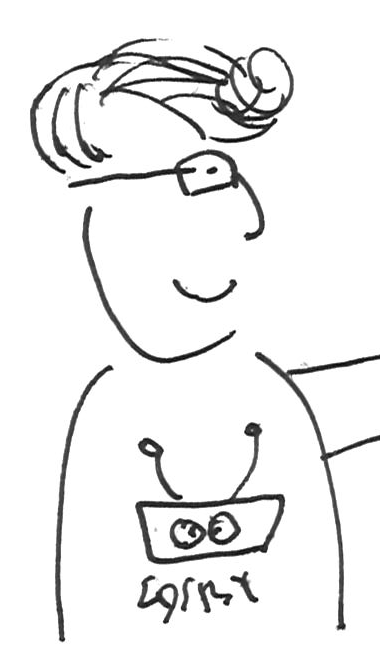 That figures, you Jimmy Liu-loving reprobate…

What the hell, Fictive Quoran Interlocutor!

… Hang on. Adam DiCaprio, is that you?

I can neither deny nor asseverate that this is how we spent our Sunday lunch:

It was ace fun, Scott. And you’ve got a very slickly engineered system in Edsby! Looking forward to more, and safe flight home!

There is the general answer, and then there is my answer.

For the general answer, I could not hope to rival the eloquence of Michael Masiello. But as a grotesque injustice to Michael, I think the anarchist theorist Mikhail Bakunin does rival him.

Does it follow that I reject all authority? Far from me such a thought. In the matter of boots, I refer to the authority of the bootmaker; concerning houses, canals, or railroads, I consult that of the architect or the engineer. For such or such special knowledge I apply to such or such a savant. But I allow neither the bootmaker nor the architect nor the savant to impose his authority upon me. I listen to them freely and with all the respect merited by their intelligence, their character, their knowledge, reserving always my incontestable right of criticism and censure.

I do not content myself with consulting a single authority in any special branch; I consult several; I compare their opinions, and choose that which seems to me the soundest. But I recognise no infallible authority, even in special questions; consequently, whatever respect I may have for the honesty and the sincerity of such or such an individual, I have no absolute faith in any person. Such a faith would be fatal to my reason, to my liberty, and even to the success of my undertakings; it would immediately transform me into a stupid slave, an instrument of the will and interests of others.

That’s what we all should do.

I look for a tone that suggests the person knows what they’re talking about. Depending on the subject matter, it includes preparednesss to concede weaknesses in their argument, extent of supporting detail, professional-sounding phrasing, orderly presentation. Those things aren’t proof, but they are correlated with an argument that I can follow, and verify to myself.

There are plenty of ideological answers that start from different axioms. There’s no real point questioning axioms; they are departure points, not conclusions. One can only ultimately reject axioms by rejecting the whole edifice built on them. As a shortcut, there are perspectives I have rejected—as have we all; so I will be biased towards answers that share my axioms.

But I am prepared to be convinced by answers, phrased in good faith, that have different starting points to those I favour, but still are coherent and persuasive.

I’m less open than I’d like, but not completely closed.

Formal qualifications don’t mean that much to me (and I find Quora’s preoccupation with them amusing). I got a PhD, and I know how the sausage is made. A PhD doesn’t guarantee you know what you’re talking about, though it does mean you have some project management skills. Being exposed to a discipline’s norms and discourse, however, does mean a lot to me. To give an example, I don’t reject Tim O’Neill for being an amateur historian; he’s as thorough and as well-read as any professional. He’s also as unpleasant as any professional, which is why I don’t particularly seek his answers out; but his reasoning, as opposed to his tone, are legit.

To give a second example, Brian Collins is still finishing an MA in linguistics; and from the breadth of what he discusses, and his familiarity with the literature, I’ll take what he has to say as seriously as any linguistics PhD on here. (There aren’t that many.)

“Verbally there is a very general agreement; for both the general run of men and people of superior refinement say that it is happiness, and identify living well and faring well with being happy; but with regard to what happiness is they differ, and the many do not give the same account as the wise. For the former think it is some plain and obvious thing like pleasure, wealth or honour…”

All three instances of happy in the passage are translated as eudaimonia; the “being happy” word is just the equivalent verb, eudaimonein.

There are a lot of words for happiness, with different etymologies and connotations. The LSJ gloss of eudaimōn (literally, good-daemon) is “blessed with a good genius”. So: your guardian angel is good to you. (The “genius” is the old-fashioned equivalent of the guardian angel.)

Then again, happy in English originally means “lucky” (as in hap-penstance), which is what eutykhēs means. The etymology pushes the word down a certain track; but it it isn’t the full story of what the word means.

To my modern ears, eudaimonia means you’re in a good place, things have worked out well for you. (Etymologically, the daemon has seen to that, though you don’t need a guardian angel to end up in a good place.) And as Aristotle says, that’s not just because you happen to be a stud, loaded, or a celebrity.

EDIT: Lau Guerreiro, you have checked out https://en.wikipedia.org/wiki/Eu… as well, right?

For my own practice, I’m with Tikhon. I view comment deletion without due cause with acute distaste. I won’t do it, and I resent it when people do it to me.

It can be argued that such a sentiment is a result of privilege. Clarissa Lohr had a good articulation of the opposite perspective: https://www.quora.com/Have-you-e… . And she concludes with “It would be a significant loss for Quora if we restricted the answers to those that are up for public debate.”

For Quora in general, it would, just as it would be a worse place without the contributions of say Ernest W. Adams, who does not allow comments, because he’s on a Q&A forum, not Reddit.

That’s Quora in general. But my own choice (exercise of privilege though it might be) is to be reluctant to engage with that writer, or that kind of topic. I think I do have less to gain from an author who is not prepared to engage with me in good faith. And there are authors I avoid as a result.

There are shades of grey in between. I don’t like, for example, that Jae Alexis Lee deletes comments, and normally “I’m not here to provide a public debate forum” is a trigger for me to avoid the writer. But I like what she has to say; the one or two comment interactions I’ve had with her have been entirely pleasant; and of course the kinds of interaction she’s likely to block in advance are not philosophical debate, they’re the ten gazillionth rehash of content-free transphobic ickiness. So I’m OK to try not to let any libertarian distaste colour my view of her.

And I don’t comment much, because there are times it’s best just to listen. That’s OK too.