Greece was affected: in 1800 half the population of Crete was Muslim, and those were converts, not settlers from Turkey.

There’s a very simple answer to why Greece, and much of the Balkans, did not have the same outcome as Syria or Egypt: Greece was conquered by the Ottomans. And the Ottomans had the Rum Millet. As People of the Book under a stable Ottoman realm, the Rum Millet were second-class citizens; but so long as they paid their taxes, they were largely left alone, and they had some degree of autonomy.

The more interesting question (which I don’t know the answer to) is not Why Greece or Serbia were not islamised, but why Albania and Bosnia were.

Why do British/ Irish/ Australians when singing have the same American accent as American singers?

Brian Collins and Robert Charles Lee, I disagree. They do too. And I do have a tin ear, but I’m not the only one to think so:

And I reckon it’s a genre effect. Pop/rock is American, so non-Americans sing like the Americans they’re emulating. John Williamson (singer), by contrast, does Australian Country with some overt Australian nationalism; and his vowels are, well, True Blue Aussie:

TISM were suffused to the gills with in-joke references to Australian culture. I got into them when I left Australia, out of nostalgia. I agree you wouldn’t mistake them for Americans, but those are not Australian vowels either, and there’s more rhotic action there than there should be. Because they were doing genre.

Sod off, alt-rock bohemian self conscious hippie drongo skip bastards. Give me the grunge stylings of Silverchair any day.

With a mumbly Seattle accent: just right for a bunch of teenagers from Newcastle NSW.

I worked out that A2A wasn’t a special privilege, granted by people who had sought out my expertise judiciously by evaluating people’s expertise. (Pro Tip: Do NOT look at who got the most votes, when requesting answers. Look at who’s answered the most answers.)

No, A2A was being scattergunned at me, more often than not on subtopics that I didn’t have much knowledge about—or interest in.

Once A2A became not as special, I didn’t treat it as special. I restrict “Thx4A2A” to Quora friends, or to people who I can tell have specifically sought me out.

By all means, people of Quora, keep A2A’ing, just try to target them better. Having a vocabulary of three Farsi words, for example, does not make me a Persianist.

An unfortunate number of coincidences. The coincidences all ended up converging in Sans Serif Latin script, because a vertical line is a simple thing, and any simplification of glyphs can’t get any simpler than a | .

The letter I started as Phoenecian https://en.wikipedia.org/wiki/Yodh, which did not look like a |:

But by the time the Greeks were done with it, it did (from: Archaic Greek alphabets):

There was no number 1 or lowercase l back then to cause trouble.

The number 1 actually went a curious journey from Indian to Arabic to European numbers, as summarised in 1 (number):

Simplify the Devanagari or Roman serifed glyph, and you get the Arabic and Roman sans serif glyph: a vertical line. The vertical line ended up ambiguous in Arabic with alef, too: ا ۱.

The lowercase l did in fact emerge out of capital L, by shortening the bottom of the L in Rustic capitals. As you can see (source: History of the Latin alphabet), the history of <I> and <l> has been an attempt to fix the resulting ambiguity, including different sizing, serifs, and tittles. The distinction between capitals and lowercase was more pronounced in mediaeval script than after the invention of printing, so I/l wasn’t as much of a problem back then. 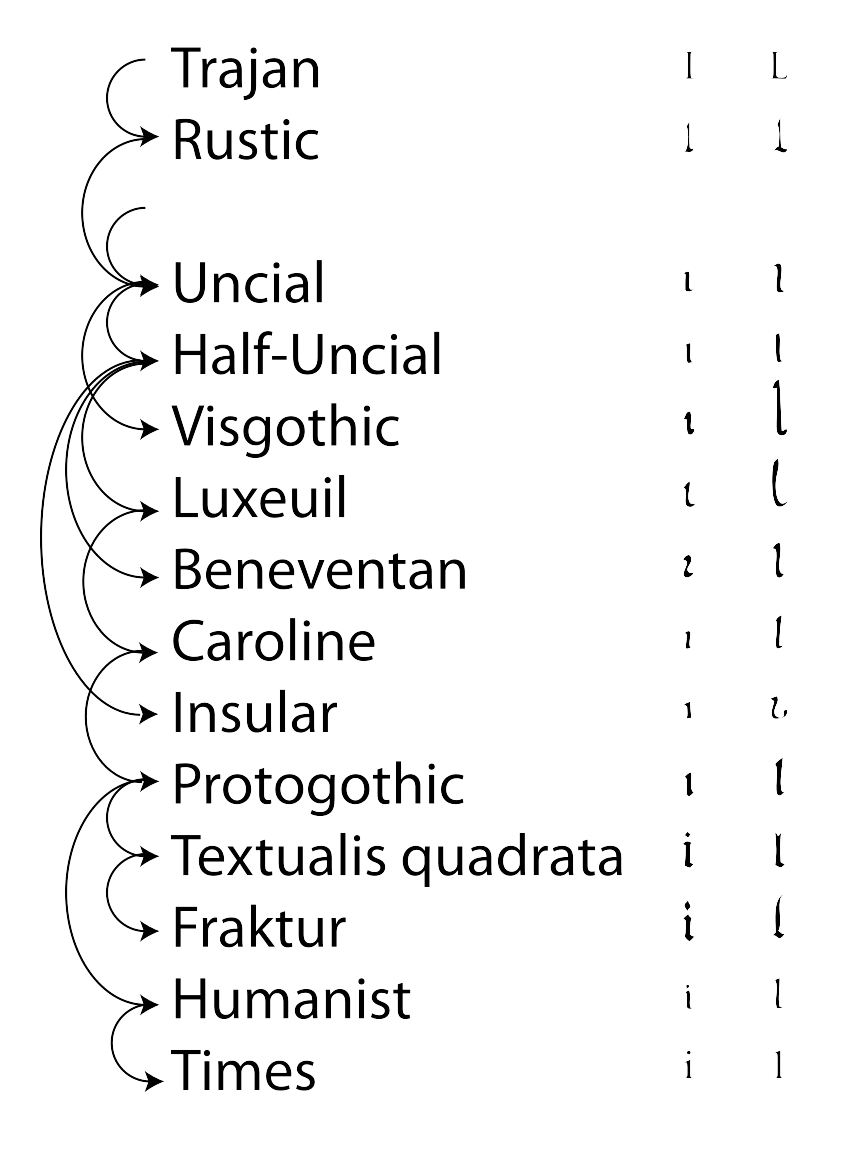 It’s not like Quora makes it possible to recover your most upvoted (and hence overrated) Quora answers. I can see that my most upvoted, by a factor of 5, were

I think it puts me in a strange uncomfortable place.

On the one hand, I am a libertarian in many things; I am more libertarian, certainly, than my fellow Australian latte-sippers (as opposed to American latte-sippers). And my position is that Bernardi’s dilution is right: there is a difference of threshold between “intimidate, humiliate, vilify” and “offend and insult”, and that threshold does have a chilling effect.

On the other hand, I’m a moderately Libertarian Leftist; not a liberal or a Randian Libertarian. I loathe all proponents of the dilution of 18C, with the exception of Leyonhjelm, who may be a nutjob, but is at least a principled nutjob. My blood boils whenever Andrew Fricking Bolt is mentioned in any context; and “white-skinned Aboriginals” or “Ban the burka” is not the kind of discourse I find worth defending. Bernardi is our very own Ted Cruz. The Dad’s Army backbench supporting this is who’s holding Turnbull—and in many ways, our country—back from joining the 21st century.

If you’re referring to modern day cars, you don’t want the modern Greek word for automobile (autokineton), which is too clunky. Harma, -atos for chariot is OK, but the Modern Greek colloquial term for car is amaxi, which derives from hamaxa “wagon”. So maybe also hamaxanthrope.

The modern generic term for vehicle is ochema, -atos; originally that was a mule-car, and it was what a war car, a harma, was not (horse vs mule). But by post-Classical Greek, it was the generic term; there’s a 2nd century AD inscription translating the praefectus vehiculorum as eparchos ochematon.

Or, I dunno, just Transformer. 🙂

My answer is the same as Philip Newton’s, which is the same as KP Wee’s. I do have photos of me, but whenever asked for an avatar, I rummage in Spotlight for “Nick Jpg”, which is rather slimmer pickings. 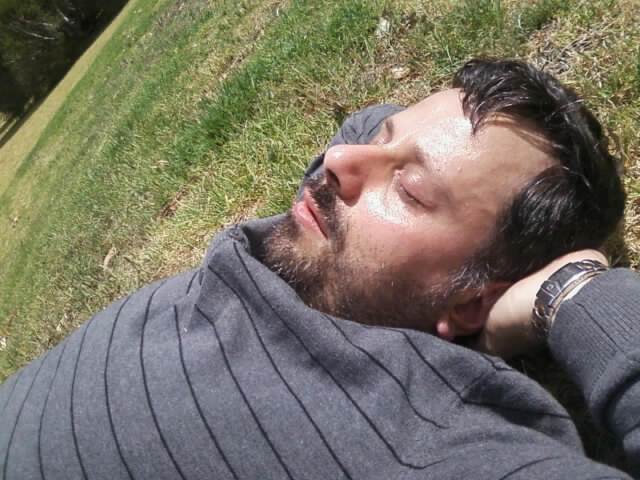 You’ve managed to stumble on one of the most interesting questions in the philosophy of the Mind: Qualia.

Stephen E. Ambrose wrote three volumes of biography on Nixon. At the start of his undertaking, he loathed Nixon, like most academics that had lived through Watergate. His wife, as it happened, was a Nixon supporter. By the end of the three volumes, they had swapped: Ambrose had developed a grudging respect for Nixon, his wife had come to loathe him.

You can look at the same data and come away with different conclusions, of course. Ambrose thought what Nixon was trying to do with foreign policy was truly visionary, if at times conflicted. Robert Dallek, in his Nixon and Kissinger, describes their foreign policy as attention-seeking flim flam.

In some ways, Richard Nixon is such an amazing character study. Brilliant but with incredible flaws of an almost literary character.

A lot of people out there in TV Land have grudging respect for Frank Underwood. And Nixon was a far more effective president.