Romain Bouchard has been Deactivated and Banned, for multiple accounts.

I am not posting him up on Necrologue, because I want to be rigorous about the notability criteria for inclusion (100+ followers), and he only had 60 followers.

I was one of them. I did not banter with Romain the way I have bantered with others here. But he was an assiduous etymologist, knowledgeable about languages, and one of those I always considered part of my team here. I shall miss him. 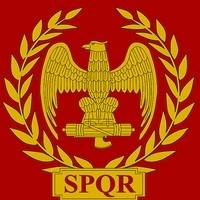 Marc Ettlinger’s answer to Why do people use “Nope” even though “No” is easier to say and shorter to spell?

—but I was a research assistant for a guy who worked on labiovelars, and I’ve mentioned it here. (No doubt Z-Kat saw the comment.)

So supplemental to what Marc said:

A glottal stop is easily confusable with p, t, or k. But in the case of no, the confusion is going to be even more pronounced.

/w/ is a labiovelar glide. That means that the breathing passage is constricted in two places: at the lips, and at the velum (back of the tongue).

A glottal stop constricts—in fact, it blocks outright—even further back in the oral cavity than the velum.

Now, what happens if you either produce or hear the /w/ and the /ʔ/ as the one sound?

The labiovelar glide turns into a Voiced labial–velar stop : [ɡ͡b] . The combination is pretty common in West Africa; e.g. Laurent Gbagbo (this one’s for you, Habib Fanny). The combination also turns up as an allophone in Vietnamese, for final -uk. My Vietnamese colleague was rather puzzled at my boss getting her to keep saying the Vietnamese word for bee, or whatever it was.

The labiovelar stop is not a common feature of English. So people may hear or pronounce [nowʔ] as [nowɡ͡b], or [nowk͡p]; but they can only make sense of it within English as [nowp].

Hence nope. And then, by analogy with nope, yep, and more recently welp.

An A2A on subject matter I have no personal experience of, from Mary Gignilliat.

This is going to be another one of those “only because you A2A’d me and I like you” questions. If you keep them coming though, I’m going to have to start calling you Mezza.

(Mezza is, believe it or not, the Australian slang form of Mary. We’re a weird mob.)

The answer is not going to break new ground over what everyone else has said; it’s a synthesis. I’m going to take the same approach to it I take to other questions I have no personal experience of, like say Will the Norn language see a successful revival in Orkney and Shetland? I’ll try to work from first principles.

Chie Hama. She was doing an MA in my linguistics department, under A/Prof Janet Fletcher. I’ve googled Chie; she’s now tutoring down the road at RMIT, but RMIT doesn’t give its casual tutors much of a web presence.

Chie Hama came to Australia from Japan. Chie swore to us blind that she did not really learn English in Japan. Having read about how the official teaching of English works in Japan, I’m not surprised.

Chie was adamant that she learned English in Australia. She had completely fluency, but I totally believe her.

Because she spoke English with every little quirk of inflection and mannerism of A/Prof Janet Fletcher.

The more generic intensifiers are στο διάολο “to the devil”, for interrogative sentences, or ρε γαμώτο “for fuck’s sake; literally hey, I fuck it”, for other sentences.

This is an answer that a Ukrainian friend of mine came up with for Australia; it applies just fine to this scenario too.

Actually, what the hell: I’ll link to her since she has a Wikipedia entry: Maria Tumarkin.

No, Maria’s Ukrainian Jewish ancestors were not directly involved in the genociding, literal and cultural, of Australian Aboriginals. Just like my Greek Orthodox ancestors weren’t.

But she, and I, are beneficiaries of it. And we should acknowledge it.

And (to add my own 0.02 AUD): guilt is not the point. The point is not to contribute to making it even worse.

Interesting question. I’m going to go a little meta on this.

Disclaimer before I do. I had kept it anonymous, but what the hell. Yes, I have donated.

The divine Lady X has put up this question (hey Mary!). The question is risky: it involves a named Quoran, it can potentially be construed as insincere by moderation, and it can invite adverse ad hominem comment. I think the question is fine: the discourse has been quite civil so far, and people with dissenting views have not been shouted down, but heard out.

I’m interested in the question of why I chose to donate. A little self-indulgent of me to do so, perhaps, but Lady X asked, the question is the community’s now, and I get to give an answer.

Posting a fundraising request on Quora is a very risky thing to do. Jordan Yates, bless her, has shown awareness of this, and has been careful about how she’s positioned the fundraiser. Not everyone I know is OK with it (including people I respect), and that’s to be expected. I think the argument against it is unfair, but I’m not interested in changing the minds of people who think so; and, I suspect deep down, neither does Jordan.

I like Jordan. I don’t know Jordan as well as I do a lot of people on Quora. I have close friends here, and she’s not one of them. She has close friends here, and I’m not one of them. But I like to think I’m one of those people she recognises and smiles good morning to as she logs on in the morning, just as I do when I see her. If not, well, whatevs. She doesn’t have to upvote my cartoon of her. 🙂

(You know about the cartoon, right? I love youse women? The one where she looks nothing like she actually looks?)

Are there worthier causes than Jordan? On the actuarial scales of human misery, sure, Jordan isn’t in Raqqa. Or, for that matter, Jordan. I give my obol to Medecins Sans Frontiers; but yes, I could give more to more “deserving” folks.

Nor did I donate to invest in the future of American education. Not my country. There’s severe teacher attrition in Australia; I don’t know if it’s the same in America; but in case it is, I don’t want Jordan feeling beholden to a bunch of us if things don’t work out, and she has to go to plan B. I’m on plan C or D by now in my life, and having to switch plans feels awful enough already.

Ultimately? Jordan’s part of my community. She adds some value to my life. I have a distant but true respect for her, and how she grapples with things in her charming, dorky way. It has so pleased me to send a tip her way. Because she needs it, and because I like her voice, and because I trust that she will exercise the best judgement she can.

And at the end of the day, because it has so pleased me.