Matthew Sutton no longer posts on Quora, for reasons I entirely empathise with.

Matthew has however left a ginormous comment on this question at https://www.quora.com/When-did-t…

With his permission, I am citing his comment here. FWIW, I agree entirely with his answer; I’d researched the period as the setting of the Byzantine poem I’ve coauthored a monograph on. In fact, some paragraphs sound like what I’ve written before.

It all depends on whether or not you start by assuming that any historical events are inevitable, predetermined or rather are products of nondeterministic human decisionmaking. But I kinda do subscribe to an deterministic POV…so I’ll bite.

During the 1180s the Empire entered a period of sharp decline and internal discord. This cycle had occurred before (notably during Phocas and Heraclius’s reigns when most of the Empire was overrun) but what was different this go round was that the Turks in the East and the rising power of Western Europe began to be decisively felt around this time (Western Christendom had started directly intervening in the Levant with the Crusades, and Turks were rapidly becoming a major power in the Near East).

The instability of the Empire would leave it prey to ascendant, voracious forces on each side and it was never able to fully reestablish itself, and never had much breathing room to do so. The Empire had weathered a dizzying array of new actors (Lombards, Serbs, Goths, Alans, Bulgars, Hungarians, Arabs, Sassanids) but it was entering a period of terminal decline when the military ambitious Normans in the west and Turks in the east showed up.

The 4th Crusade showed that the Empire was militarily weak vis a vis the Italian maritime states like Venice and Genoa, and the mercenary bands of wayward knights from France, England, and German states could adventure in Byzantine lands with little repercussion from the East Romans. The Turks began to put tremendous pressure on the enfeebled Byzantine defenses of Anatolia which were gradually lost.

When the Byzantine state reconstituted itself in the wake of the abandonment of Constantinople by the Crusaders, it was hard to call it the “Roman Empire” with a straight face.

To start with there was no single “empire” but three fledgling successor states that each claimed (with about equal legitimacy) to be heirs to the Roman purple: the “Empire of Trebizond”, the “Empire of Nicaea”, and the “Despotate of Epirus”. Each was small in geographic extent, broke, and weaker than their non-Romanized neighbors. The big powers could play these three weak claimants to the Roman throne against one another for their political gain or by marrying into their perpetually broke and desperate ruling families in order to curry favor with their Romanized or Christianized subjects.

The Empire of Nicaea did have a full generation or so of breathing space to try and stabilize itself, but it exhausted its few home territories first in trying to seize Constantinople and then trying to rebuld it. A brief resurgence occurred during the time of Andronicus III. But then this reconstituted Empire of Nicaea then underwent another succession crisis and attendant crippling civil war in the 1350s or so, that invited Bulgarian and Turkish intervention leaving it weaker than ever. During this civil war Ottoman forces had marched to Constantinople’s walls and had crossed over into Europe administering severe defeats to the Serbs. From this point forward Ottoman power began to explode into the Balkans. From this time (about the 1360’s or so) Constantinople’s days were numbered, a question of when not if it would fall. It was surrounded on all sides by Turks and had to submit to vassal status to maintain itself as an independent city-state that existed at the mercy of Turkish power.

The whole time Epirus and Trebizond were doing their own thing as separate, inconsequential Roman Empires, the West (needing to badly simplify the complex history) chooses to mostly ignore them. Nicaea did not have the power to seriously bring the other two states to heel and had its hands full defending itself from ever tightening Turkish control. Another respite was offered to the Nicaean empire with the Turks distracted in the 1390s by the depredations of Timurlane in the East, but it was clear that unless the West decided to prop up the Nicaean Empire it would not long survive.

In desperation these last “Emperors” were often trying to marry off their princesses to Western and Balkan princes in order to try and secure some sort of military alliance and confessing their submission to the Roman Pope in the vain hopes of securing Western European public support and aid. While the Emperors of the 1100’s could still afford to disdain the Latins and show public contempt for their Catholic faith, by the late 1300s the Emperors were now offering to convert to Catholicism to attract Latin support. The few remaining subjects in Constantinople and scattered amongst a few coastal forts in Greece were alienated by this desperation and often uncertain who to trust more—the Greek pretenders to the ancient and almost meaningless Roman throne who were trying to stave off extinction by selling off their religious affiliation and daughters to marauding bands of barbarian knights from the West, or the new Turkish governors who were generally tolerant and efficient though alien and barbarian themselves. By the early 1400s Turks had been in Anatolia for generations and had already begun to become culturally assimilated. In comparison to the ruined state of the remaining Greek towns, the conquered Turkish territories appeared to be reemerging as stable and prosperous. Upstart Westerners had long been unsufferable boors to the Greeks, and with late Medieval technology, guilds, and a more dynamic post feudal social order, and a newly reformed Church certainly these “inferior barbarians” no longer felt the instinctive barbarian awe and deference to the imperial majesty of post-1204 Constantinople. They saw it for it what it was and could begin ignoring its very existence.

At this juncture the end of the Empire seems that much more inevitable. France and England and Burgundy, the leading powers of Western Europe, were embroiled in a highly complex, highly destructive war (the Hundred Years War) and had suffered the worst, documented epidemic in their history. The Iberian kingdoms of Castille and Aragon were preoccupied with the operations against the Moors there during the Reconquista. Italy was consumed with internal political struggles (typical) and power struggles between trading houses. Portugal was exploring the coasts of Africa and trying to circumvent Venetian control over the shipping in the Eastern Mediterranean, the Holy Roman Empire was in disarray as it usually was, and the Papacy and Patriarchy were still jealously haggling over turf wars in Eastern Europe. Saving the rump state of the Empire of Nicaea (which pushed the Crusaders out of Constantinople in the 1260s which was never forgotten) that was always short on money, troops, and even its own popular support, was simply not a very big priority for a newly confident, but distracted Europe.

In terms of dates the rot set in during the early 1100s (like the beginnings of the end of the Ming and Qing during the heydays of their dynastic cycles), but it didn’t become manifest until the 1180s when the Empire fell into disarray. The single decisive date was 1204 in which a small body of European adventurers could be convinced by Venetian merchants to seize the Eastern Roman Empire. This alone demonstrates how weak Constantinople had become and how little viability the whole political enterprise had left.

Nonetheless it did sort of have another, pathetic life as a Greek-nationalist successor state (among three) starting in 1260 and looking like it might have a chance at survival around 1320 or so. But then more internal discord left the sad remains of the once mighty Roman Empire prostrate for the irresistible Turks to pick up. That the Turks took their time in the process was a more a function of lack of will to take Constantinople, lack of will from the West to intervene to save it, and lack of any single power wanting to see it immediately destroyed or conceiving of a post-Greek Empire in the Eastern Mediterranean. By the 1390 or so the East Roman Empire was purely a marginal city-state at the mercy of foreign powers.

I was going to post something smart-alecky about my country, Australia. But I see that it has already been covered:

I will instead post something about my country, Greece.

There’s more to us than marble. 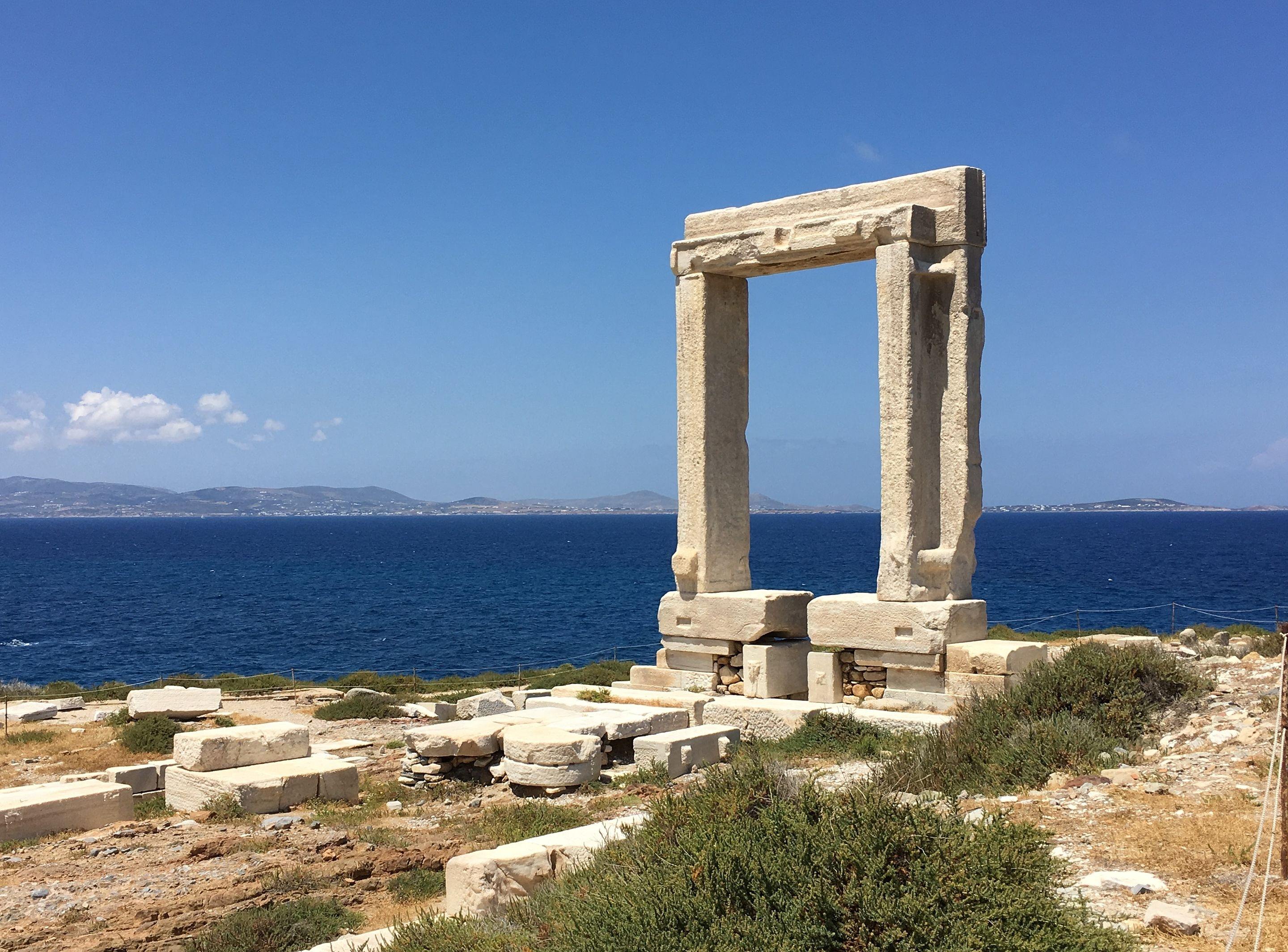 No evil rust will seize these marble stones;
no chain the Roman’s or the breeze’s foot.

1974 concert, George Dalaras singing. That brief spell, when my country had hope for a better future.

I refer you to Nick Nicholas’ answer to Why does Grecani language not exist in Sicily (Magna Grecia)?

From what I’ve read, the Greek-speaking population of Southern Italy gradually shrank geographically. It was quite a broad area in the 1600s; it was a much smaller area in the 1800s; and it’s pretty tiny now. In Calabria, it may well be completely moribund.

The Greek-speakers didn’t vanish into thin air, of course; they assimilated. The elimination of Greek rite Catholicism in the region would have expedited that. And you’ll notice how careful Greek scholars are about describing them as Greek-speakers, “hellenophones”, rather than Greeks. In all the cultural ways that matter, these people are Italians, and have been for a while.

It’s a great Zeibekiko, stern and catchy and melancholy, as all great zeibekikos should be. And the verse sings of the splendid arrogance of the stern, melancholy, macho Greek man:

I would have bought you the finest
pearls hidden in the deep
for you to wear on your white neck,
because I like you, doll, I like you a lot.

And even if you’re a faithless, lying woman,
even if you’ve become now the thief of my heart,
I would have bought you the finest
pearls hidden in the deep.

You might be a brilliant and beautiful woman,
with seven degrees and a DA father;
but you should know that the winner in life
is the man who’s self-made.

And even if you’re a faithless, lying woman…

All fits the cultural tropes, all very familiar, all very You’re Not The Boss Of Me.

But notice the slight creak in the foundations there: I would have bought you the finest pearls. Something’s gone wrong. The songwriter has used a more marked perfect tense construction, for the sake of rhyme (θα σου ’χα αγορασμένα); so the “would have” is even more emphatic in the original.

The music video takes that doubt, and drives a truck through it.

She’s the thief of his heart? He’s a literal thief. The winner in life? He’s lost the gamble. He’s burgled the pearls, he’s in prison now, singing along with his prison buddies; and he’s smuggling the pearls out via his faithless rich brilliant girlfriend (played of course by Protopsalti herself).

And what does she do with those finest pearls hidden in the deep?

Well, what else would she do?

This request is as numinous as it is exorbitant. Some prominent Quorans might see fit to avail themselves of such phantastic jeux d’esprit, to while away the day under their corporate shackles. But the categorical imperative waits for no man. And a great joy comes to those who can peer behind the curtain of appearances.

And yet, all that we say and do here, none of it matters. Inane quia populare, as Augustine might have said, had he too been strapped to a chair and forced to watch ten episodes of Keepin’ Up With The Kardashians.

I will excuse myself from performing further for your bemusement. Step lightly, Yip Feckwad.

Michael Masiello does not write like this. But he should.