I’ve seen other such expressions, such as cod-Latin, and cod-Spanish. Cod-Latin is a synonym of Dog Latin, a fake Latin used playfully to imitate real Latin. The Wikipedia example is

Illegitimis non carborundum is another such instance. (“Don’t let the bastards get you down.”)

Cod-Greek would similarly be fake Ancient Greek, made up with English words and vaguely Greek-looking endings.

Got any references, OP?

A2A Hansolophontes. (Sorry, Khateeb, but you walked into that one.) (Ἁνσολοφόντης. Looks nice…)

I’ll say what I think they feel, but I’ll go a roundabout way about it.

What do Greeks of my upbringing and circumstances feel about ethnic Greek converts to Islam?

Well, if they were pre-population exchange, they’re not around any more, and folklore just called them Turks anyway; so Greeks are blissfully unaware that any ethnic Greek could be anything but Greek Orthodox. Greeks of my upbringing and circumstances are also taught that Muslims are the Other. Not sure whether all of them were also taught that they eat babies.

So, what do they make of Yusuf Islam?

I’m not proud of this, Khateeb, but for my generation, I think the unease will be pretty common.

I went to a Muslim wedding once, and there was a Greek convert there, skullcap and all. He was delighted to find a Greek there to talk to; I’m sure that, given how conservative the diaspora is, he wouldn’t find that many. I remember that I chatted to him, but I did feel uneasy. Again, not proud that I did, but there’s a long history of being brought up to think of Muslims as the Other; and finding “one of your own” joining the Other is uncomfortable.

I’m sorry if this answer made you uncomfortable. But I suspect you understand all too well how people can feel that way about Othering…

Dimitris Almyrantis will have a better informed and more up to date answer.

Can you mention an upbeat and happy-sounding song that has a sad/depressing meaning?

Rollicking strophic, jolly country rock song—about a Vietnam Vet adrift and addicted back home. A song dear to the heart of all Australians my age and up. 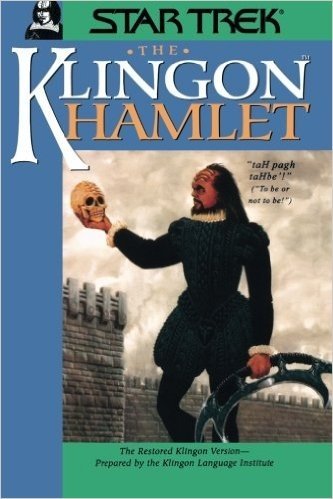 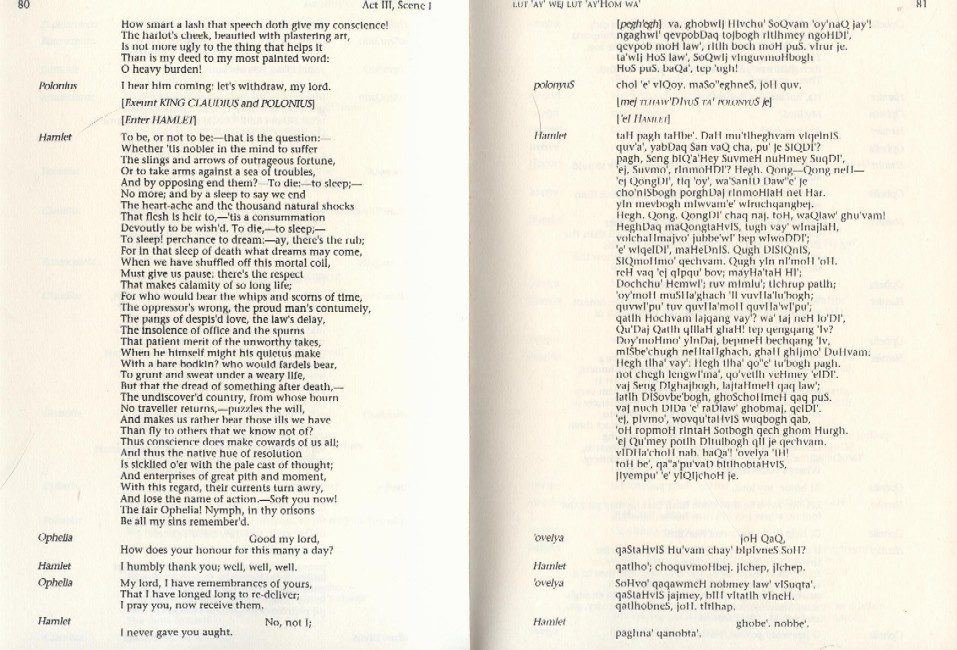 Good to know someone read the footnotes: Klingon <i>Hamlet</i> Revisited

Until I googled the pic, I had no idea about the 2015 German edition. Which looks way cooler: 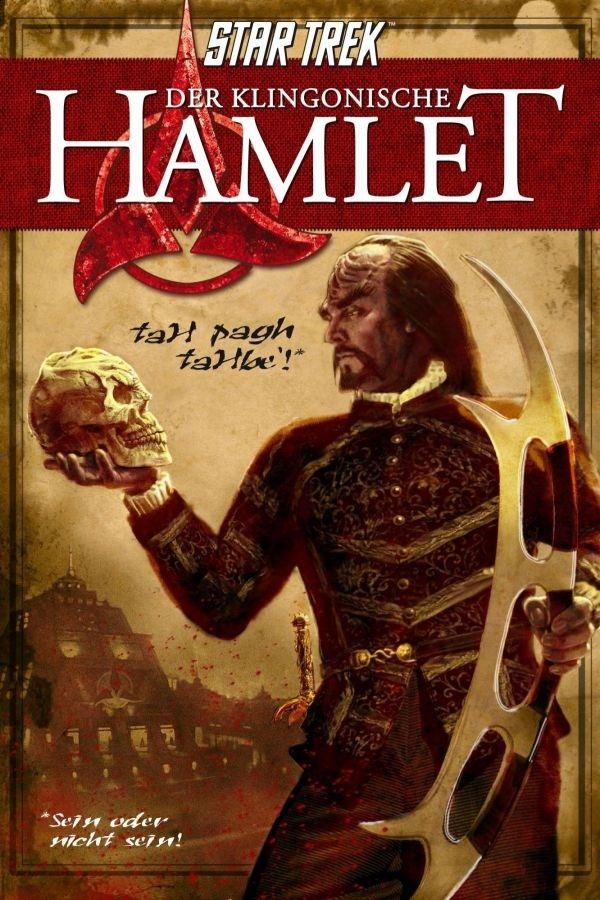 For a few years afterwards, I’d get these vague filtered distortions of me coming through the Interwebs. “Did you hear about some nutjob linguist who translated the whole Bible into Klingon? And all of Shakespeare? And he taught his kid to speak Klingon? And then he demanded that the government provide him a Klingon translator? What a loser! What a legend! What a loser!”

The pinnacle was when Michael Dorn himself, visiting Australia, muttered, “Some guy has even translated Shakespeare. I don’t know why these guys aren’t curing cancer instead or something.”

That job, Mr wI’orv, I leave to Habib Fanny.

(All medical researchers, and for that matter all doctors, are working on curing cancer. Aren’t they?)

From what I gather as an outsider, it depends on the community. Khomeini made a fatwa accepting transgender women, FWIW, while other Muslim countries do not:

Good luck in all your journeys.

Some of you may well recall with affection the extremely recent question: To any popular or Top Writers: can you anonymously answer this question in such a way that we can guess who you are?

Edward Conway has taken the initiative to put up an equivalent blog:

An opt-in Game where Quorans try to guess which Quoran wrote a passage of text.

This is not strictly speaking a joke forum or question; but I’m hoping you’ll be sympatico with it, join in—and spread the word!

Add Modern Greek, as a calque from German into Ancient Greek (Katharevousa):

όλα εν τάξει. Now spelled as a single word εντάξει, because that’s a fricking dative, and we don’t have datives any more.