An update in the listing of my favourite people on Quora since January: 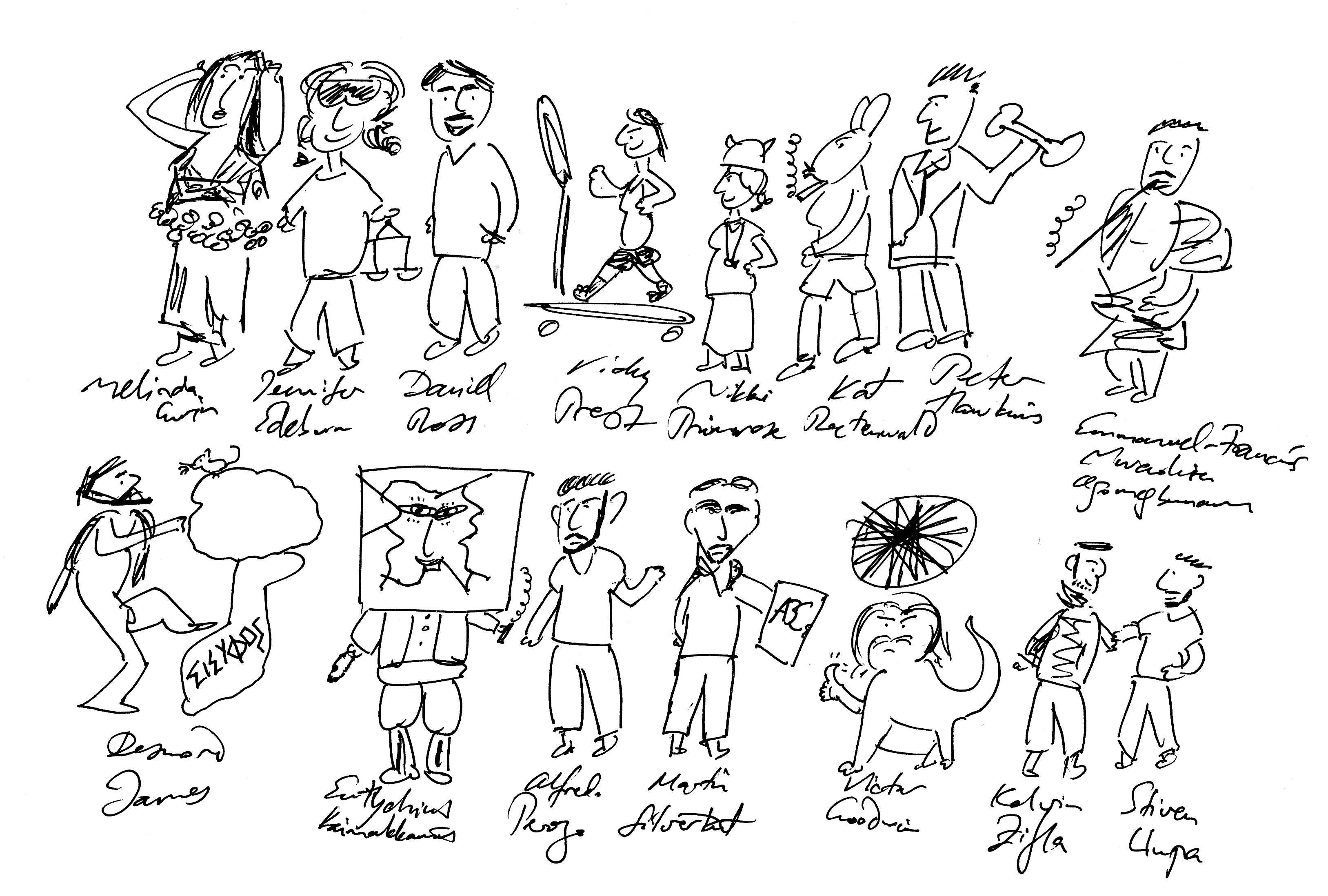 From the Arabic (and ultimately Persian) name for Greeks, Yunan < Ionian. See: Why are Greeks called Greek in English, Yunan in Turkish and Arabic, Ellines in Greek?

To answer the question more comprehensively: the distinction between an inclusive and an exclusive 1st person plural (we including you vs we excluding you) is Clusivity:

First-person clusivity is a common feature among Dravidian, Kartvelian, Caucasic, Australian and Austronesian, and is also found in languages of eastern, southern, and southwestern Asia, Americas, and in some creole languages. Some African languages also make this distinction, such as the Fula language. No European language outside the Caucasus makes this distinction grammatically, but some constructions may be semantically inclusive or exclusive.

The inclusive–exclusive distinction occurs nearly universally among the Austronesian languages and the languages of northern Australia, but rarely in the nearby Papuan languages. (Tok Pisin, an English-Melanesian pidgin, generally has the inclusive–exclusive distinction, but this varies with the speaker’s language background.) It is widespread in India (among the Dravidian and Munda languages, as well as in the Indo-European languages of Marathi, Rajasthani, Punjabi, Sindhi, and Gujarati, which borrowed it from Dravidian), and in the languages of eastern Siberia, such as Tungusic, from which it was borrowed into northern Mandarin Chinese. In indigenous languages of the Americas it is found in about half the languages, with no clear geographic or genealogical pattern. It is also found in a few languages of the Caucasus and Sub-Saharan Africa, such as Fulani and Khoekhoe.

It is, of course, possible in any language to express the idea of clusivity semantically, and many languages provide common forms that clarify the ambiguity of their first person pronoun (English “the rest of us”, Italian noialtri). A language with a true clusivity distinction, however, does not provide a first person plural with indefinite clusivity: where the clusivity of the pronoun is ambiguous; rather, the speaker is forced to specify – by choice of pronoun or inflection – whether he is including the addressee or not. This rules out most European languages, for example. Clusivity is nonetheless a very common language feature overall. Some languages with more than one plural number make the clusivity distinction only in, for example, the dual, but not in the greater plural. Others make it in all numbers. In the table below, the plural forms are the ones preferentially listed.

It will mean that @-notifications are finally working consistently, which will have meant that the Quora product design/design/UX team are actually paying attention to long-standing user requests. Prioritising them, even.

I think what would happen next is a well-functioning and more granular Stats page, a tamed and sensible Quora Content Review Bot, a Quora internal search with adequate retrieval, and raising comments to first class objects in Quora.

I would also expect to look out the window and see a squadron of pigs fly past in formation….

I’ve gotten an answer back from “a friend”, which I’m relaying:

Generally, the problems are:
1) parsing and post-tagging must be done in the same time (no good corpora means almost everything is based on rules)
2) severe polysemy if the text is without vowel marks (99.9% texts are without vowels)
3) no capitalization. means, all entity extraction rules are context-based. At the same time, Arab entities have a lot of names like city “City”, village “Village”, guy name “Good” etc

It’s just the first most crucial things which came in my mind.

How much content that you put online ten years ago is still accessible?

Even if Quora lasts forty years (!), why would they bother keeping your content accessible? People complain about being shown three year old content in their feeds now. There won’t be terribly much interest in content that old, which would only be of historic interest. It would get in the way of discovering new content, and there is a cost behind keeping content available on the live site. Quora may or may not keep the content in archives, but I think it unlikely you could pop back in to Quora and read 40 year old answers in your profile.

Even if Quora lasts forty years (!)

We are in an era now of obsolescence, of erasure of our histories. I pity anyone trying to do philology on contemporary texts. Archive your content: your hard drive is the best guarantee of permanence that you have—because you yourself will be motivated to upgrade your computer every few years, and copy your stuff across.

I was brought up in Crete. I read Cretan Renaissance literature as an adult, and was taken aback at the notion that the kinds of conceit you might find in Shakespeare (common Italian antecedents) were being expressed in the language my grandmother used to yell at her chickens.

Greece is a country run on the French model of centralisation. The State did not regard Greek dialect with the hostility it regarded minority languages, but it certainly did not encourage them as competitors to Standard Greek. And dialect speakers internalised that prejudice. When I tried to speak more dialectally while visiting the home country, my aunt scolded me, a scholar, talking like a villager.

Why yes, aunt. A scholar in Greek dialectology.

Dialects feel different because of their social connotations, of course, rather than anything linguistically inherent. I’m biased to prefer islander over mainland Greek dialects, because islander dialects are more familiar to me. (My parents are speakers of the two major instances of islander dialects, Cretan and Cypriot.)

But I’ve already told the anecdote here of my aunt from Thessaly: on the one hand, she commented how much more pleasant Cretan or Cypriot sounded to her, whereas her native dialect “stunk of the sheep pen”. On the other hand, a few days later, we had Cypriot TV on, and she turned to me and remarked how hard it was for her to take Cypriots seriously, the way they talked.