I will also be including in the Aphypnesis blog books and art I have consumed outside of recommendations.

A Shorter History of Australia

Took me a little while to get through, but it is quite digestible.

Geoffrey Blainey has been the doyen of the Old Right Wing of Australian Historiography, and was embroiled in Australian cultural politics on the side of those suspicious of multiculturalism. The history is clearly right wing, but not so much so as to make a left winger fling it across the room.

Given Blainey’s own embroilments, it’s somewhat amusing to see hm visibly forcing himself to acknowledge the Aboriginal perspective on history and the wrongs done against them (even if querulously he still argues the resources should have been unleashed for the greater good), or to resort to “but the Chinese did it too” rather than overtly defending the White Australia Policy—though still defending the virtues of homogeneity. It’s not firebrand bogan nonsense: it’s an intelligently presented, now minority view, which can be debated rather than just shunned.

Because of the caricature stances of the History wars, I was expecting that Blainey would be a stick in the mud, old school practitioner of the Great Men school of history. He really isn’t; it’s all about economic and cultural forces, and the emphasis on economic forces was a pleasant surprise. The Great Men are studiously contextualised, and in fact underemphasised; there’s not much more said about Malcolm Fraser than about his grandfather Simon Fraser (Australian politician).

One of the few negative reviews on Amazon, by someone offended by Freeman’s secularism, says:

If you are looking for a secular or fundamentalist liberal account of the Early Church, which presupposes that there is very little which needs to be understood about the person of Jesus, and his followers’ convictions about him, then you could do no better than buy this book.

Yup. And that makes it a great read for me.

I’ve read a fair bit on both Historical Jesus and the Early Church, but this account still foregrounded for me a lot, and I appreciated it for that. That includes:

The most sensational bit of the book is the very early speculation on what happened to the body of Jesus. It’s still an unsettling notion for me—unsettling because it is plausible. But that is a bit of speculation, and it should not distract readers from the rest of the book.

I found myself thinking this would be a particularly interesting read for Muslims. They would get their kicks, I suspect, from the fact that a lot of their polemics against Christianity were live issues in third- and fourth-century Christendom.

One review I’ve found sneered that Freeman is a generalist not a theological historian, and that this work does not break new ground. That does not compel me: there’s a hell of a lot of room in the world for cogently argued summaries of modern scholarship.

My answer is more a gut-feel from Modern Greek practice, but I suspect it applies to antiquity as well. Dimitris Almyrantis perceptively identifies the (or at least an) underlying reason: avoidance of retribution. Cernowain Greenman identifies the surface reason: code of honour.

The modern Greek code of honour (How do I translate the Greek word filotimo?) also prominently features hospitality. The rationale that I intuit for it there is: it’s all about positive Face. If you can dispense largesse, you will be looked on as a valued member of the community: to be honourable consists of doing right by your fellow human, which means not only giving back (reciprocity), but also giving (generosity).

That’s consistent with Dimitris’ answer, which it ultimately derives from, and it’s a modern elaboration of Cernowain’s.

Such a highly specialised hypothetical, my good Dr Aziz Dida, deserves the soundest of empirical enquiry.

Mercifully, we have for Europe an extremely sound and fairly reliable criterion to answer this question.

Eurovision Song Contest: A map of the countries most voted by others 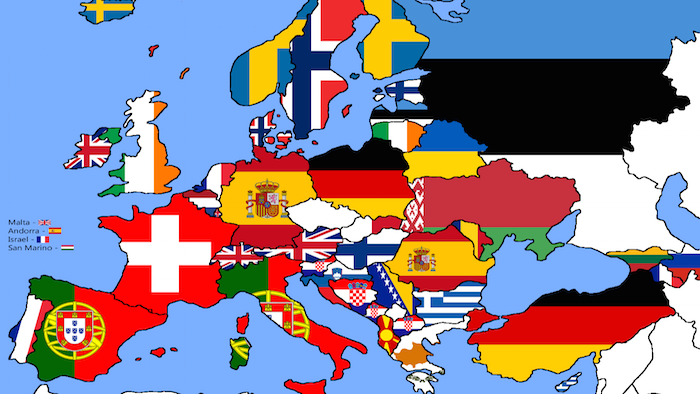 This is my magnificent rendering of Europe loosely based on this. Grey for countries that didn’t really fit. Enjoy the Eurovision Union.

I refer you to What is the etymology of “Laconia”? My answer there covers both Laconia and Lacedaemon. Tl;Dr: we’re not sure.

A comprehensive answer I will not hope to top.

Audrey has missed one term. She would reject it as a culture specific, literary reference.

But hands up; who knew that Lothario was a character in Don Quixote?

A lot less than know what a lothario is. I’ll concede, not a massively common term; but maybe a touch better than Casanova (which has the whiff of pathology about it for me), certainly more apt than Romeo (I get that from my wife too, but it is pretty jocular, and Romeo was not meant to be irresistible); and Alberto Yagos is right, Adonis is about beauty and not seduction.

Pretty sure stud and hunk have gotten to the literary register by now, surely.

Vote #1: Audrey Ackerman’s answer to What is the closest masculine equivalent of “temptress” and “seductress”?

The question has been answered for Ancient Greek: angelos, whence angel.

The Christian use of angelos has made the word inaccessible for “messenger” in Modern Greek. The formal modern word is angelioforos, “message-bearer”. The old vernacular word is mandatoforos (where the Latin mandatum has ended up meaning “military communication”, and thence “news” in general.)

There are lots of quotes on why consistency is overrated, which I won’t verify because I’m on my phone. Keynes’ “When things change, I change my mind; what do you do?” Emerson’s (?) “Hobgoblin of small minds”. Whitman’s “I contain multitudes.”

Usually led right off a cliff.

Sure. Have some stats from me. 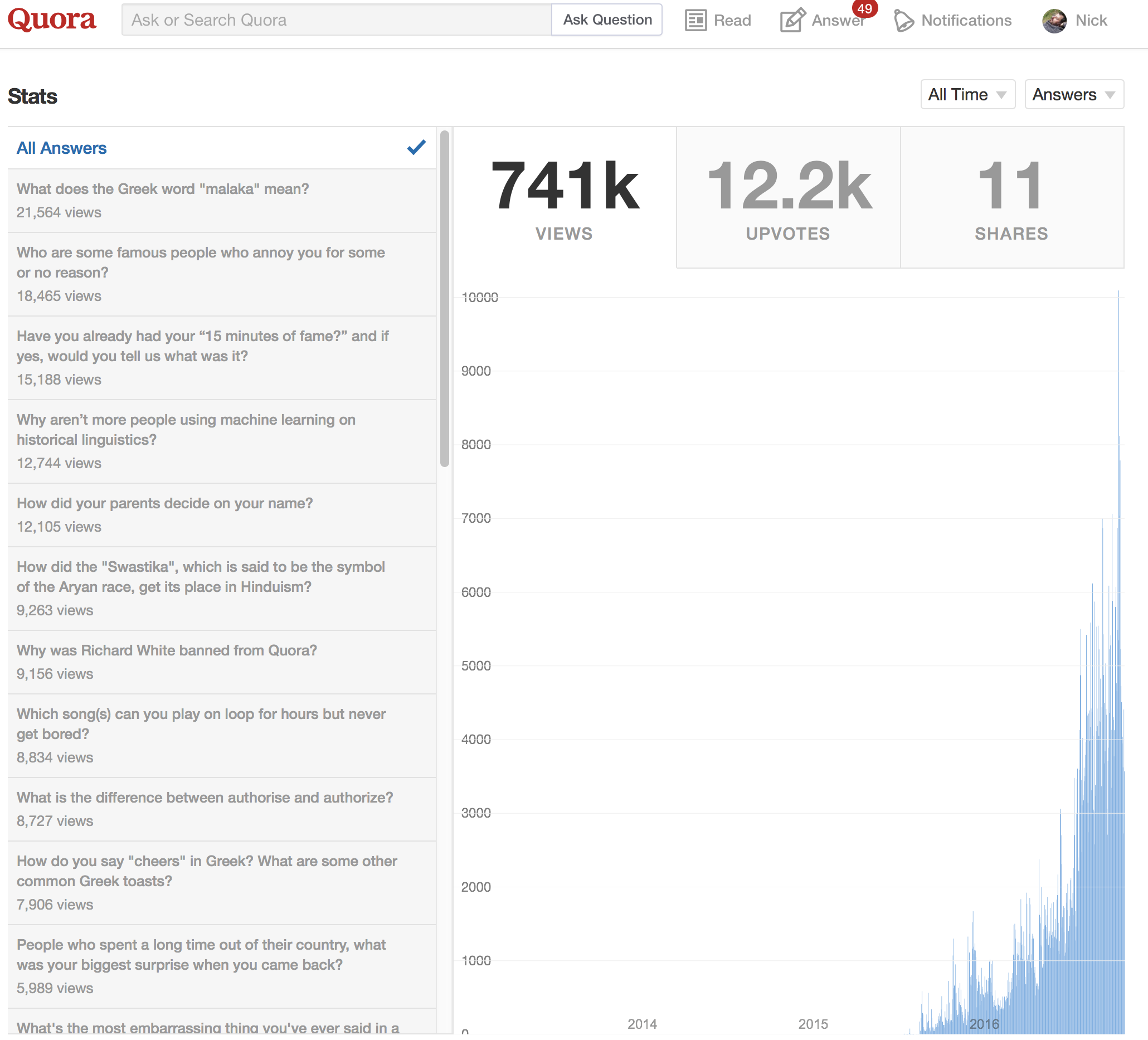 It’s… a strange assembly of questions, my top-viewed answers. They usually are, as it turns out.

Oh well. Take it for what it’s worth.

I must, must, must divorce my answer from my annoyance at her mush piano pop, her ersatz diva stylings on The Voice Australia, and my disconnection from What The Young People Are Listening To.

I must also recognise the arbitrariness of any such aesthetic survey, with such strong cultural and individual determinants in any such answer.

In that light, all I can say is, first, an individual reaction, and second, a cultural critique; 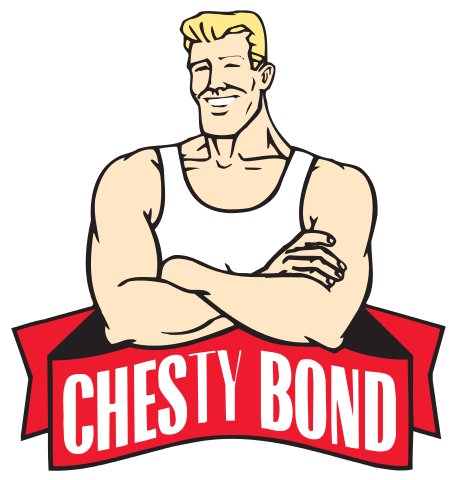 (For a masculine chiseled counterpart to this archetype, see: Chris “Bondi Vet” Brown) 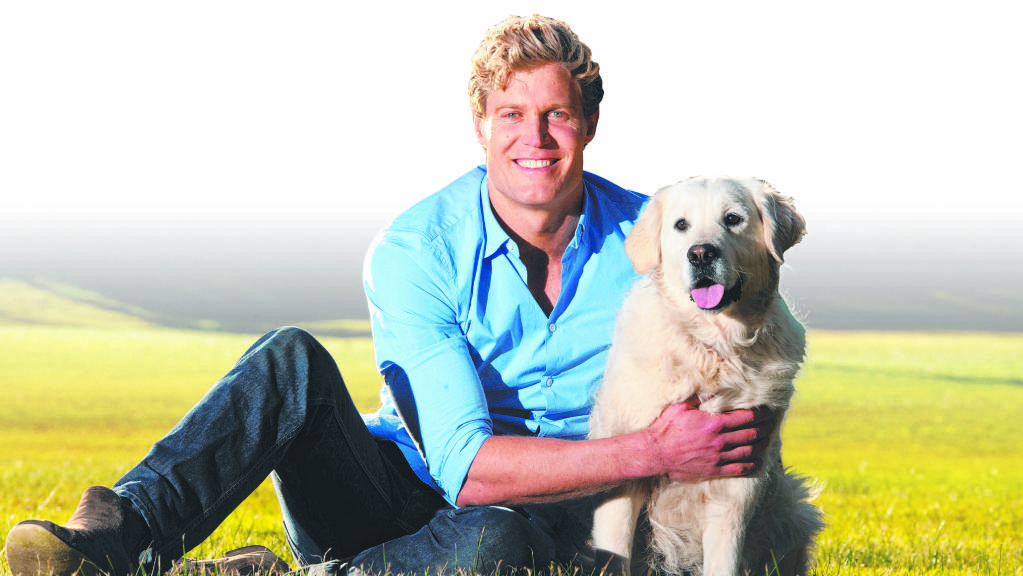