Gigi J Wolf’s answer to What are some things you will never do on Quora?

You’re a better man than I, Charlie Brown. I break so many of these lupine commandments that I feel every inch a sinner.

Forgive me, La Gigi, for I have sinned.

I did it once without even thinking it, and them removed it before being nabbed by the meme police. But I unrepentantly post memes that are actually not gratuitous, but are discussed in the question (such as a meme of Obama as an action hero, proving that at least some American attitudes had changed).

I’d post a cartoon of my own making to every single answer if I could be bothered, but drawing and scanning is a little too much of a hassle. Let alone actually getting the shape of people right.

Guilty. I have in fact posted one or two selfies without makeup. Though almost all photos are from an external party.

I will never go into graphic detail about sex under my own name, anyway…

I don’t name names, unless they’ve blocked me, but I do try and behave here within BNBR. I do hold grudges, but I haven’t been strongly enough motivated to dish on them here.

I’ve just dedicated a whole blog to being critical of Quora, so… again, bugger.

I’ve mentioned the fly swatter in a survey question, but I don’t have a lot of horrors to relate anyway.

I often use Quora as therapy. Bugger.

I’m not as innocent as I like to think I am, though again I don’t do it much.

God, no. Theist/Antitheist arguments on Quora are truly a reason to despair of both the existence of God, and of the essential goodness of humanity.

… Guilty again, and several of those answers have had their parent question deleted.

Linking is one of my tics on Quora, and in fact I often link to an answer and suggest people upvote it instead of mine.

Not succumbed, and so far not really been given enough upvotes to even be tempted to succumb.

Anyone else want to go into which Lupine Commandments they’ve violated?

Darshan Nayak’s answer to Can we say that, “The speed of time is 1 second/second.”?

I asked the same thing to my school teacher, and she made a face and yelled “Stop wasting my time and get out!!”

That’s how Indian school teachers are!!

Vote #1 Alistair Smith: He’s got the most important stuff. Alistair Smith’s answer to What are the top 10 things everyone should know about Melbournians?

We are coffee snobs, we (well not me) are sports mad. We dress in black, and we wear layers because of the volatility of the weather. We (and I guess South Australia) are more lefty than the rest of the country; right wing shock jocks are much more a Sydney thing.

Didn’t the Nicholas “Aspro” family write the book on the intergenerational pissing away of the family fortune? 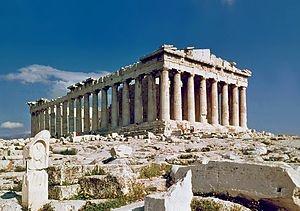 Andrew Baird has blocked me, so I’ll post here my corrective that the Parthenon blew up because the Venetians bombarded it. Yes, the Ottomans stored their gunpowder there. They figured the Franks would never destroy the old stones they venerated. And there was noone in the Ottoman realm with the concerted evil of Michel Fourmont: the Ottomans, like their Greek subjects, did benign neglect of antiquities, not systematic destruction. They were not Wahhabis.

In fact, his picture of the Parthenon is an excellent illustration of what’s happened to the Ottoman presence in Greece for a different reason, and not even metaphorical. The Acropolis remained in use as the Athens citadel for millennia. There were any number of Byzantine, and Frankish, and Ottoman structures on the Sacred Rock. They were extirpated from the site in the 1830s, in the service of the single narrative of Hellenic Antiquity.

So you have to look around to find minarets, and they’re something of a surprise when you do find them.

I’m not merging this with What are the differences between American, British, and Australian English accents? , but many answers there already get into this:

What I would have answered your question about my country (Australia) is largely already in Nick Nicholas’ answer to Do Australians like being Australian citizens?

But I’ll pretend I didn’t already answer it.

Many of the best things about Australia, it shares with the US, and they have a similar reason.

The best things about my country (Greece) are:

Assimilating country names into a target language is something I have a lot of affection for. I don’t regard it as disrespectful, but as familiarising; I regard the alternative as exoticisation. I get greatly annoyed when I hear Greeks speak of themselves in English as Hellenes, or refer to Hellas.

We have six centuries in English of referring to Turkey as Turkey in English (and the -y suffix shows how old the word is in English; it’s not a new word like Serbia or Lithuania). That’s not a bad thing, that’s something to be proud of. It’s history. And respect for a country is also about respect for your history with that country.

The most deviant “dialect” of Greek, Tsakonian, is not mutually intelligible with Greek, and outside of Greece is generally referred to as a distinct language.

I’d rather answer the question details:

Which one is regarded as being the closest to the standard language?

Peloponnesian. In fact, as a result of that, Peloponnesian dialects have been studied only minimally; people assumed there was nothing interesting there. Nikos Pantelidis has made his career as a linguist from pointing out that isn’t true; but I fear Pantelidis came along a century too late to find the really interesting stuff.

Which one is considered the most divergent?

Tsakonian and Cappadocian of the obscure dialects. Of the widely known and still spoken dialects, Pontic, followed by Cypriot.

Is there any kind of prejudice attached to those who speak any of these dialects?

Oh yes. They all bear the stigma of country bumpkinness; Greece is culturally very centralising. Northern Greek dialects (which sound the most different, because they’re missing half their vowels) get the stigma routinely; but all the dialects suffer it, ultimately. My cool aunt in Athens told me how lovely and singsong Cypriot was, not like her native hillbilly Thessalian (“stinks of the barn” is how she put it). A few days later, we’d channel-surfed past Cypriot TV, and she said “I always find it difficult to take them seriously, speaking their dialect on TV.”

The nice thing is when the prestige accent of Athens gets counterstigmatised. Mostly in Cyprus, for sociocultural reasons (they’re an acrolect of a live diglossia), but I’m pretty sure I heard the rapid-fire unaffricated speech of Athens mocked in Crete too.

Like Dylan Sakic, I’d need a lot more context, but here’s a stab.

Καθώς πρέπει is a calque of French comme il faut, “as it should be done”. It refers to social propriety, observing social etiquette, but it has an intense connotation of hypocrisy and stuffiness; it’s the kind of thing that “bourgeois” gets inevitably prefixed to.

Why are you picking up a Greek Orthodox angle to it? Presumably because the Orthodox Church is the repository of social conservatism in Greece, especially now that Greece is no longer a traditional society.