Nick Nicholas’ answer to What are some human-made things you dislike or like that are present in South (and West) Cyprus?

Now, to my eyes, this statue of Makarios at the Archbishopric of Cyprus is a reasonable and respectful depiction of the Father of the Nation.

But my friend Vlado did not alight in the Cyprus of 1961. […] So he made merciless fun to me of Mecha-Makarios, trampling the streets of Nicosia and crushing all underneath.

We can afford to be a little arrogant, not every country has a giant robotic religious leader at its disposal :^)

I actually laughed out loud!

… You know, this gets a cartoon.

(Pun being, Beatitude is Makariotatos, the superlative of Makarios.)

First, as my friend Sam Murray puts it (God, I’m sounding like Michael Masiello now), it was ever thus, and only attitudes to cheating have changed, by both place and time.

Never mind the Ancient Greeks and Paris shtupping Helen (which was much more about Bronze Age views of host–guest relations than either Menelaus or Paris particularly caring what Helen thought). In Modern Greece, there’s a huge backlog of pop songs about “illicit love”. That ain’t jailbait or gay sex they’re talking about. That’s adultery.

Is adultery out of control in Greece? If so, was it any less out of control in the ’70s, when adultery was a crime, and illicit couples would be nabbed by the husband, and frogmarched to the police station, wrapped in a bedsheet?

Was it any less out of control in the 19th century, when they came up with the couplet:

Cheating is part of the wiring of humanity. In the good old patriarchal days, a hell of a lot of social structures were set up to prevent it, because women were their fathers’ or husbands’ property. (Again, it’s not clear women had much of a say in any of it.)

(The notion dies hard. This year it came out that a sports show host in Australia was having sex with his co-host’s wife. The public was somewhat perplexed with the host’s grief, given that they’d already divorced. But hey, it’s well within the bounds of post-divorce trauma, go easy. Rather less sympathised with was how the host put it: “It’s just wrong, mate — you don’t touch a man’s wallet, you don’t touch his wife.” Billy, your wife is nothing like your wallet.)

There’s more opportunity for cheating now than in 1000 BC, and more visibility of it, because those social structures have indeed been worn down, and because the sexual revolution has happened. People are much more free to pursue what they want to do with sex, and can get away with much fewer biological consequences.

But you know what? We’ve done away with the leaden hand of legalised patriarchy, and obligate pregnancy, and globally enforced monogamy. But we haven’t done away with notions of commitment and moral reciprocity. In fact, they’re reinforced, if anything, because we now choose to work out what the right thing is to do, and we choose to stick with it.

One of the cool things about the poly folk here, like Franklin Veaux or Claire J. Vannette, is that they say, eloquently and vividly: I choose to be poly. You can choose to be mono. And if you commit to being mono, then I will respect your commitment—and I will call you out for breaking that commitment, and thereby hurting the person you’ve made a commitment to.

Not because they want to safeguard the community store of virtue. But because they genuinely get morality. Would that more people did.

You mean, other than yours, Habibi le toubibi?

And mine? (Nick Nicholas: loved him so much, they named him twice.)

Zeibura S. Kathau ranks highly. Quora Search, so I can’t find where he explained how he came up with it; but the Zeibura is his invention, and it’s arresting. I’m normally culturally reactionary enough to sneer at such things, but his moniker makes a lot of sense to me. It’s got Zzzing, and Burrrrrragadocio, and Mitteleuropa goodness all over it.

Admittedly, it makes more sense to me with him living in Czechia, than if he’d stayed in Britain. 🙂

This actually isn’t my own dislike, but it’s a dislike that really struck me.

My father left Cyprus in 1966. He was in tears the day that Archbishop Makarios III died. I’ve only been back to Cyprus twice, in 1979 and 1989, and briefly and superficially at that.

So I don’t have a clear notion of how Cyprus has evolved and changed, from a colonial backwater of popular revolt, to… well, to what it is now.

I was friends a decade ago with a Serbian postdoc. Before coming to Melbourne, he’d spent time at the University of Cyprus, in Nicosia.

Now, to my eyes, this statue of Makarios at the Archbishopric of Cyprus: 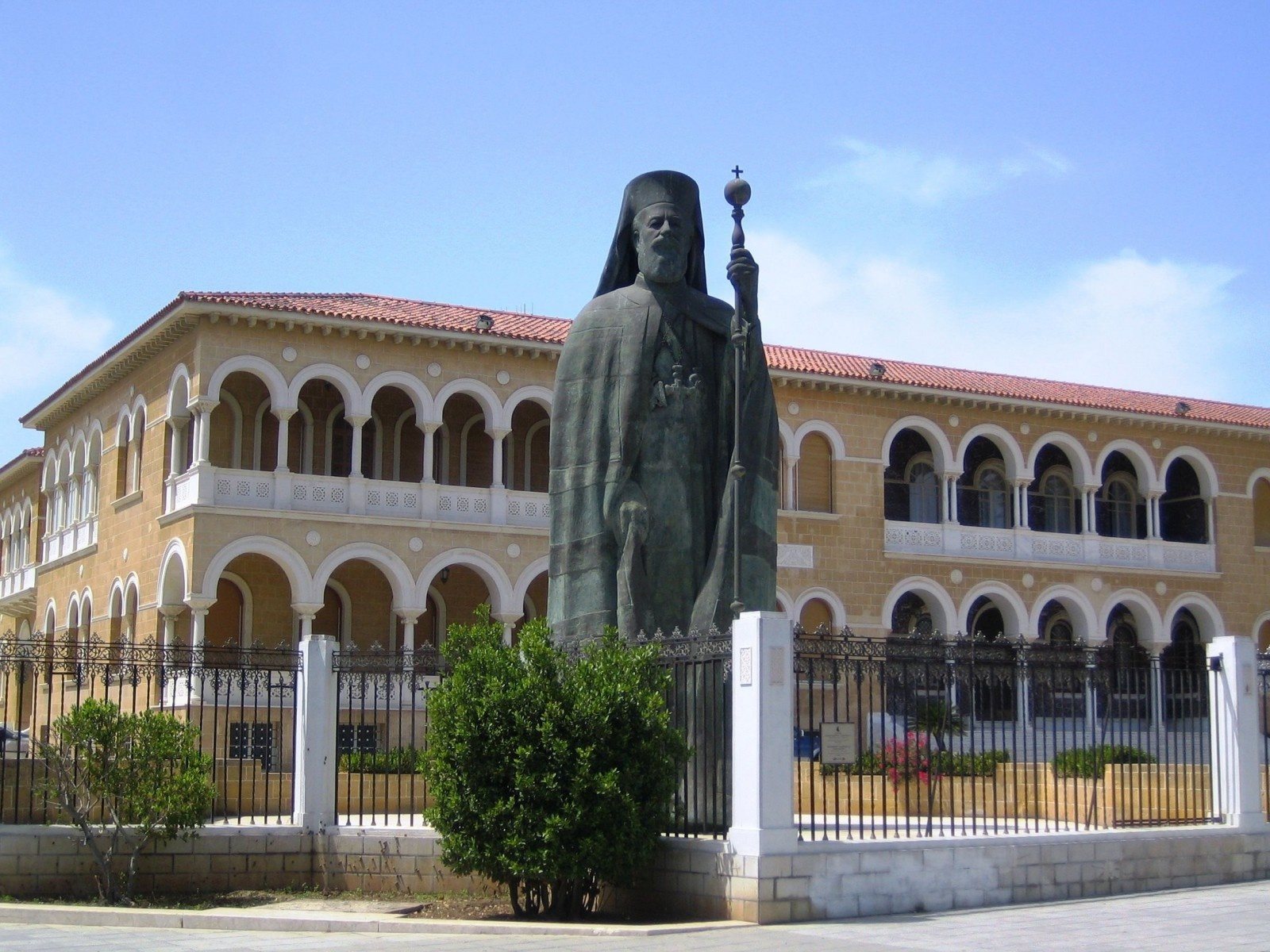 is a reasonable and respectful depiction of the Father of the Nation: 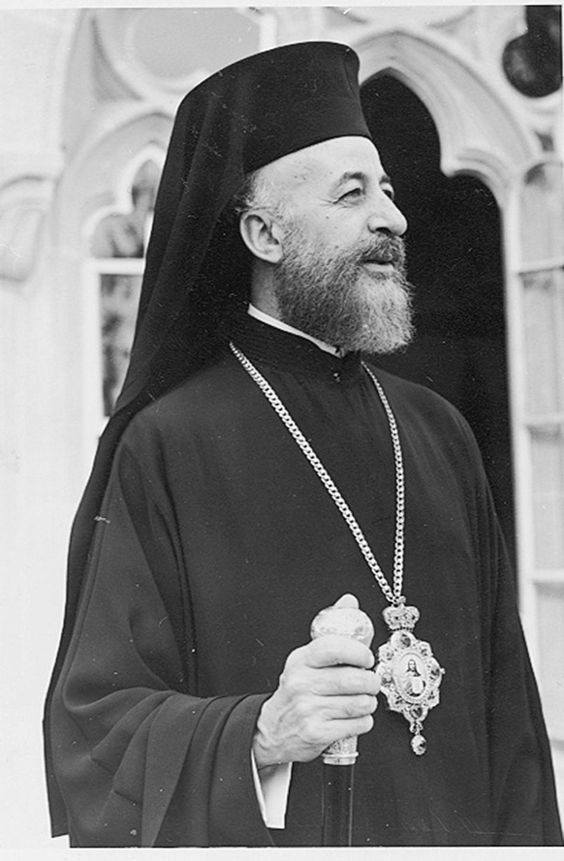 So he made merciless fun to me of Mecha-Makarios, trampling the streets of Nicosia and crushing all underneath.

That really was a shock to me. But you know, his eyes are probably clearer in this than mine would be.

The edit logs gives you access to something their feed doesn’t: their comments.

If I like what someone has to say in their answers, I’ll follow them: I won’t go to check their comments, I’ll be seeing them live soon enough.

There are three circumstances in which I’ll check someone’s edit log.

Should we get rid of <c>? In what language? Azeri? But then, Mehrdad, how will I call Pegah Esmaili canım? I’d have to call her djanım. And that doesn’t look anywhere as nice. It looks almost as bad as τζάνουμ.

Philip Newton’s answer to Should we get rid of the letter C? has the right answer. And you know, the English spelling system truly is one of the most stupid orthographies in existence (but don’t get me started on Kanji), but… I like that it’s got so much historical detritus in it. It’s like doing an archaeological dig, every time you write a shopping list.

Sucks if you’re not a native reader, of course.

Hello all the good people, Clarissa and Audrey and Brian. I was going to join in to your discussion under Brian’s answer, but it didn’t head in the direction I was hoping.

Laura Bridgman and Helen Keller, who are the deaf–blind people Brian alludes to, communicated through finger spelling, read Braille, and wrote. Must have been hideously slow. But still, that was all the language they had; and I don’t see how we would usefully say they are language-deprived. They had a language faculty, and their language production was entirely in order. (It certainly helped that they acquired fingerspelling as children.)

Audrey, you’re not agreeing with the premiss I see, but neither of us know enough about deaf–blind language acquisition to have a debate on this. But I did not have the impression that Bridgman and Keller were one-offs; the impression I have is that deaf–blind kids acquire language all the time. What I don’t know is whether there too the primary language acquired, through tactile means, is abbreviated compared to written English—leaving out determiners, for example.

I don’t think it’s quite what Z-Kat was after. But I do think it establishes his scenario as feasible.

Pegah, canım, you don’t expect an ordinary answer from me, do you? Like Cleopatra (meh, inbred Greek), or Catherine the Great (she’d fricking squash me) or Joan of Arc (back away from the crazy)?

Good. Because you’re not going to get one.

Now look what you made me do, Pegah. How am I going to save face after that?

Maybe with this answer. Let’s see.

It is a naive fantasy to have, to my mind, and I’ve only allowed myself that fantasy once, in my teens.

If you’re interested to learn about amazing, strong, intelligent women from the past then this conference at Queen’s University is sure to inspire you! 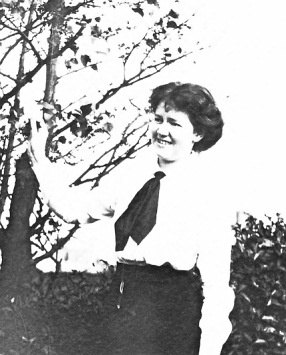 Great, so my adolescent fantasy is going to annoy several departmentfuls of Women’s Studies students. 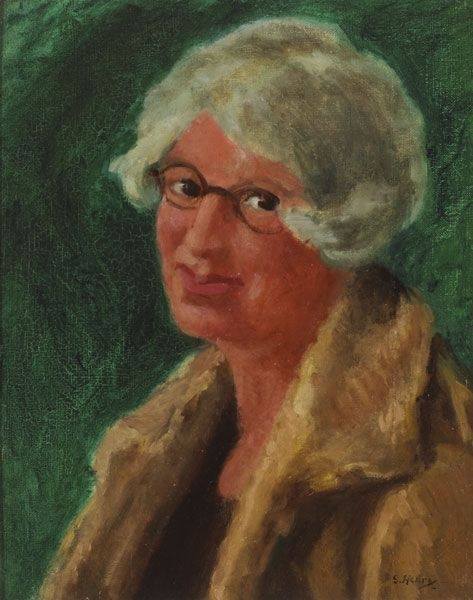 Animals in the Desert 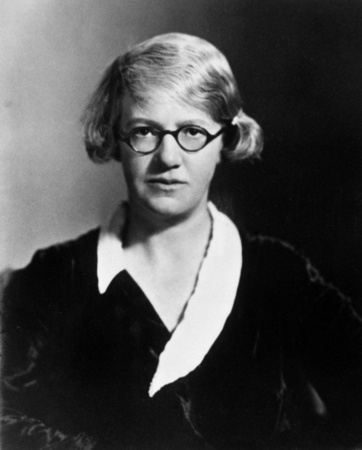 I don’t care if that blog is about desert monks. Yes, she’s a geek. And she’s fricking glorious!

Helen Jane Waddell (31 May 1889 – 5 March 1965) was an Irish poet, translator and playwright. […] She is best known for bringing to light the history of the medieval goliards in her 1927 book The Wandering Scholars, and translating their Latin poetry in the companion volume Medieval Latin Lyrics. […] A prize-winning biography of her by the Benedictine nun Dame Felicitas Corrigan was published in 1986.

In 1986, I was 15. I read the Mediaeval Latin Lyrics, and I read the Wandering Scholars. And then I read the biography.

And as an unenlightened callow youth in the dim dark ages of the patriarchal 80s, I thought it a terrible thing that someone with such fearsome erudition, with such delicate poetic sensibility, with such a clear sense of what was beautiful and lovely about life and romance and scholarship and redemption, and everything that the mediaeval Latin poets wrote about, should live out her days alone. And I wished I could have been with her to share all that with her.

And you know. Get it on like Donkey Kong too, if the chance came up.

I’m a little better informed now, I trust. She may have been devout and she may have chosen to be alone, but that does not mean her cheeks were never flushed; she wrote too knowingly for that. As Wikipedia writes, she had longterm relationships, including being the “other woman” with Siegfried Sassoon. (I wonder how I missed that at 15: did the nun leave it out?) She was a PhD back when being a female PhD was positively dangerous. She hardly needed me to go back in time and rescue her, and she hardly lacked for people to share her verses with.

But yeah. If I had to pick, I’d pick someone with poetry in their blood, an awkward smile, and gentle donnish erudition. Someone like Helen Waddell.