Today, I felt sad for the Greek language.

As I was describing on Nick Nicholas’ answer to Does modern Greek still have Latin prefixes and suffixes?, Greek has withstood the pressure to make like the Western languages for millennia. Oh, the common folk borrowed words from Latin and Turkish and Italian and Albanian, but scholarly vocabulary? Borrow from Latin? Screw that, we taught those beef-eaters everything they know. So for millennia, every scholarly term of Latin origin was meticulously calqued into Greek elements.

We had a great run of it. The run’s pretty much over. There’s some valiant work to keep calquing westernisms, but today I came across an instance where we just gave up.

The instance, maybe not that surprisingly, is vocabulary about gender, which has undergone upheaval in the last decade or so.

For links to what’s happened, see the linked answer. I’m drawing on the reports of Christina-Antoinette Neofotistou, a trans woman who was involved in coining native terms (and abandoned them) (transgender = διεμφυλικός, Η δήθεν ανακοίνωση των μουσουλμάνων και τα ψέματα (;) του Άδωνη), and on perusal of Greek Wikipedia.

Greek runs into a few problems when trying to render the concepts transgender, intersex, and cis.

(Cross-dressers, at least, was much easier to render in Greek: travesti has been replaced by par-endyt-ikos. That’s para- as in para-military: unconventionally dressing, if you like.)

Neofotistou and other trans people got together and came up with something ingenious to render both intersex and transgender. Naively, you could calque it as dia-phylos or dia-phyl-ikos ‘inter-gender, trans-gender’. But because dia– ‘across’ means both inter and trans, that doesn’t get you far. Never mind trying to differentiate sex and gender in the name—that’s just hopeless in Greek.

What they did was, pick up the adjective em-phylos ‘in-gender’ (or ‘in-tribe’—because the two words are not coincidentally related: gender was first identified as a ‘tribe’ of people). The adjective was already in use for a while, to use ‘within a tribe’; it’s a synonym of emphylios, which is used for ‘civil war’ (within a tribe). There was a biological use of em-phylos, to refer to reproduction in which both genders were involved. Latterly, em-phylos refers to the adjective ‘gender’ as in gender studies or gender roles; phenomena that gender is embedded in (‘in-gender’, ‘gendered’).

You’ll see both diaphylikos and diemphylikos used online to render ‘transgender’. But what you’ll see overwhelmingly is trans and transdzender. Including by Neofotistou herself, who dismisses her coinages as pedantic and clinical.

I’m not sure what you *would* do with cis in this case; Greek Wikipedia just gives up and contrasts Τρανς – Βικιπαίδεια with Cisgender – Βικιπαίδεια, abbreviated cis or μη τρανς ‘non trans’. If people cared about using Greek terms, you could go with emphylikos ‘of the in-sex’ (sex of birth), or to make the point more explicitly, adiemphylikos ‘not across the in-sex’.

No hits for either on Google. Noone’s even trying any more.

I don’t know that I can convey what a feeling of loss I have, to have seen this. Greek-speakers themselves are used to using English terms for modern concepts, and they won’t see what the fuss is about. English-speakers are likely relieved that Greek-speakers use their terms.

But… it’s seeing a language that held out for millennia, saying “screw your Latinate vocabulary, we taught you beef-eaters everything you know”… crumple.

This… is what made me sad today.

Is this even a competition?

The delusion. The entitlement. The drama. The self-righteousness. The infantilising of all that come athwart her. And the way she treated poor, poor Don. 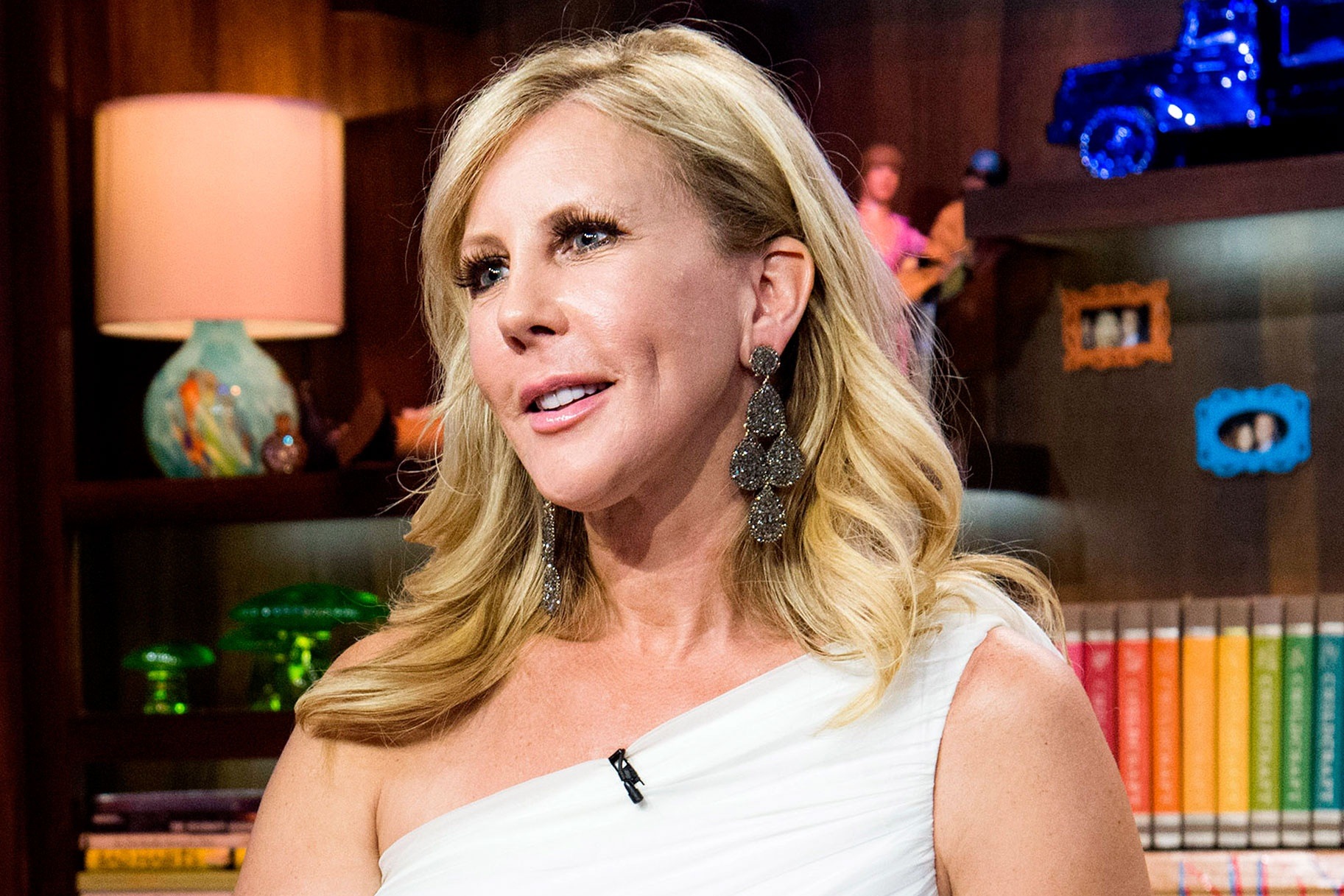 But come, Crito, let us obey him, and let someone bring the poison, if it is ready; and if not, let the man prepare it.

If any man be put under arrest after being found guilty of ill-treating his parents or of shirking service, or for entering any forbidden place after notice of outlawry, the Eleven shall put him into prison and bring him before the Court of Heliaea, and any person being a lawful prosecutor may prosecute him.

That outcome of <y> is specific to English, and as Y – Wikipedia says, it is through the influence of the obsolete English letter yogh, which was conflated with <y>:

The letter yogh (Ȝ ȝ; Middle English: yoȝ) was used in Middle English and Older Scots, representing y (/j/) and various velar phonemes. It was derived from the Old English form of the letter g. … It stood for /ɡ/ and its various allophones—including [ɡ] and the voiced velar fricative [ɣ]—as well as the phoneme /j/ (⟨y⟩ in modern English orthography).

, MA in Linguistics from BYU, 8 years working in research for language pedagogy.
[Originally posted on http://quora.com/How-did-it-come-to-the-letter-Y-ypsilon-having-the-sound-value-of-a-consonant/answer/Nick-Nicholas-5]

Perusing the entry for τιμάω in Liddell–Scott, the negative meaning you mention is not Epic, and first turns up in Plato and Aristophanes; LSJ describes it as an “Attic law term”. The transition is:

It is a specialist meaning, and I’d expect that the main meaning, ‘to be honoured’, continued to be dominant; it certainly is the meaning you would expect in a non-legal context.

No, I’m not going to cite them here. You’re going to have to go over there and upvote him yourself.

The suffixes Evangelos quotes are vernacular; they aren’t part of the whole apparatus of scholarly Latinate terminology.

Greek has had a very, very long history of calquing Latin terms with Greek affixes and stems. In fact, Greek even translates Linnaean binomens (or it used to; I’m pretty sure they’ve given up now). Then again, a whole lot of Classical Latin terms were calqued from Greek anyway.

So there is no precedent, or appetite, for using Latin prefixes or suffixes in Greek. Hybrid terms like automobile or television end up rendered as Greek only terms: autokinēton, tēleorasis. Modern coinages get calqued: amphiphylophilos (‘both gender loving’) for bisexual, metapoikiakos for post-colonial, diapanepistēmiakos for inter-university. The international Latin scientific vocabulary was never going to be a match for Greek cultural pride.

It’s only very, very recently that Greeks have stopped calquing; hence transexoual is much more common than diemphylikos ‘across-in-gender’. (There’s a nice subtlety in em-phylos ‘in-gender’ being a gender you were born with—the analogy is with innate; so that diaphylikos ‘across-gender’ is reserved for ‘intersex’.) But, as Christina-Antoinette Neofotistou, the trans woman involved in the coinages herself conceded, the Greek coinages don’t have the positive connotations that the English loans do, and she’s ended up just saying trans or transdzender and intersex, and dismissing the Greek coinages as pedantic.

I’ll admit to wincing when I saw her write, a bit further down, transfovia. That’s the kind of hybrid word Greek was never ever ever supposed to accept. But like I said: things have changed. At least (thank God) she said ousiokratia instead of esentsialismos.

Yes, of course we calqued essentialism.

See also: A cis lament for the Greek language by Nick Nicholas on Opɯdʒɯlɯklɑr In Exile

The results of Are you seeing ads on Quora? by Nick Nicholas on Assorted Polls as of this writing:

This confirms that Top Writers are not seeing ads; the immunity of Former Top Writers, which has also been reported, is not necessarily universal. No clear correlation with region in visibility of ads.