What language are Tibetan prayers traditionally written and spoken in? 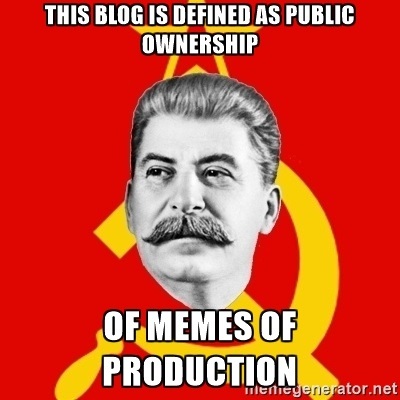 Me three: not heard of this ever. I’m surmising they’re getting mixed up with pejorative words like ραγιάς raya “cattle”, which the Ottomans did use of their Christian subjects, or with the not at all coincidental link between Slav and slave. Maybe they’ve got their wires crossed with γκιαούρης gâvur “infidel”?

And of course they certainly want to be call Hellenes and not Romioi, as the other respondents guessed.

Those are the type of questions only a few people like Bob Dixon are willing to touch with a 17ft pole.

Only Dixon, may his soul be blackened (or indeed blacklisted)? Surely not. Surely we haven’t run out of functionalists in Australia!

Here’s a functionalist take, though it will have some holes in it. I’m not looking up any sources.

, Assistant Professor of Linguistics at the Free University of Tbilisi.
[Originally posted on http://quora.com/Why-are-OSV-order-languages-so-rare/answer/Nick-Nicholas-5]

Before the Greek War of Independence: the Orthodox Church was hostile to nationalism. Nationalism was this newfangled, godless French thing that set the people against their god-appointed ruler. The Patriarchate was particularly outspoken against it, and described it as a heresy.

That’s nationalism. Yes, you can say the Orthodox church helped preserve a notion of Greek identity. But that notion was safely ensconced within the Ottoman millet system, and the Orthodox church was a beneficiary of it: they certainly didn’t chafe against it.

The Greek War of Independence was formally started, as all Greek schoolchildren learn in school, by Germanos bishop of Old Patras on 25 March 1821. (They don’t learn that skirmishes had started a few days earlier.) And clergymen like Papaflessas and Athanasios Diakos were at the forefront of the fighting. But that was local lower clergy; it was not the policy of the church (though the Patriarch was hanged anyway).

Once Greek became an independent state, the Orthodox church was in an awkward position. It was still administered out of Istanbul, and its senior administration had obviously been an intrinsic part of how the Ottomans had ruled Greeks—so it had been collaborationist.

The former embarrassment was eventually rectified by the establishment of the autocephalous (“locally led”) Church of Greece, in 1870. The latter was rectified with some creative propaganda, such as the notion of the “secret school” (Krifo scholio)—that monks kept Greek culture alive through underground education. (No mainstream historian believes that to be true; after all, where did all the educated clergy come from, and how would the millet system have functioned without them? Few Greeks outside academia believe it to be false.)

Since independence, the Church has been firmly enmeshed in Greeks’ notion of what it is to be Greek: Orthodoxy is the state religion, Orthodox clergy preach loyalty to the state and open schools and parliament, the Greek church regards itself as the custodian of Greek national virtues.

In the order that I recall then:

The delightful Australianism Nicko: only once from a blokey geography teacher.

Acka Nicka in my local high school (where I mercifully only stayed a year), because of my premature acne.

Nick Squared in my elective high school, because Nick Nicholas.

NSN as an undergraduate, because I used to use my patronymic as a middle name, so that was the email address I was allocated.

The Minoan Genius in postgrad by a fellow historical linguist, because we came across the phrase once in some crackpot Basque interpretation of the Phaistos disc, and I’m from Crete.

Not nicknames as such, but I appreciate it when Greeks call me Nikóla or Nikolí, which are familiar forms of Nick. Conversely, I resent the hell out of it when they call me Nik. Am I speaking in English to you? No? Then it’s Nikos. Damnit.

I nickname people obsessively here, but I don’t think I’ve gotten one in return. Be careful what you wish for, I guess…

EDIT: Philip Newton reminds me of opoudjis, on which see Nick Nicholas’ answer to How did you get your nickname? I don’t even think of that as a nickname, but that is how it got started.

David Crystal’s recent book Making a Point has a rundown of the changes and a very clear framework for discussing them. I’m not going to do it justice, especially because I don’t remember every bit of it. But: