The thing about “Ooh! Look at us! We’re such taboo-breakers!”, as Michaelis Maus will tell you, is that “Radical” is the new Conservative: it’s breaking obsolete taboos that not many people are fussed about anymore, and it’s not breaking the actual current taboos that matter. And patting itself on the back for it.

The alt-right are vile? Why yes. Historically, when you violate a taboo, that makes you vile! Taboos are there for a reason.

Comedy, evidently, is neither necessarily moral nor inevitably liberal. Andrew Anglin, a neo-Nazi blogger, has linked trolling to “culture jamming,” a late 20th-century wave of anti-consumerist media pranks. Mark Dery, who introduced the term to the mainstream with a 1990 essay in the New York Times, replied in a 2016 interview that Anglin’s tactics are actually a “bastardized form of cultural jamming” because they “discredit the official narrative” and “suggest a false equivalency between viewpoints and positions where there truly is a right and a wrong.” Never mind that the whole point of culture jamming was to discredit the official narrative: Anglin’s culture jamming must be wrong because it targets the wrong people. This is like saying that a gun is not a real gun because it was used in a homicide.

Which is not to suggest that racist trolling, like murder, is ever justified—just that it’s still a species of humor. A bad joke is a joke, just as Der Ewige Jude is a movie. Trolling, culture jamming, and deceit may currently be the comic armaments of people you don’t like, but it hasn’t always been this way. (Remember: “We called them lies.”) And comedy’s survival may depend on it not being so again.

Inspired by the last post, I thought I’d go through the last year’s worth of posts on Quora Product Updates, and check on their longevity. 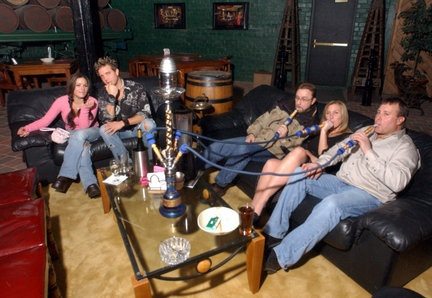 As τσιμπούκι – SLANG.gr informs me (Hi, Melinda!), the Turkish çubuk has not picked up that connotation. The Turkish equivalent is boru ‘pipe’ or saksafon.

A good question, and I hope to hear more stories from others.

Hamartia is about viewing your life as an Aristotelean tragedy. So,

The Decalogue of Nick #2: I’ve trained as a linguist, and I have done computational linguistics stuff by Nick Nicholas on Opɯdʒɯlɯklɑr In Exile

Scratch me just a little bit, and I will lament the defining woe of my life, that I did not become a professional linguist: Nick Nicholas’ answer to What is your personal experience with obtaining a linguistics degree?

And the fatal flaw of the hero in Ancient Greek tragedy is more often than not hubris, arrogance.

But more insightful is this answer: Nick Nicholas’ answer to What are your 3 worst mistakes? Would you fix any of them if you could go back in time?

And, perhaps most critically, I wasn’t prepared to leave Australia and spend the rest of my life hunting for the next tenure-track gig, like some modern day wandering minstrel. I knew myself—not just what I’d been brainwashed to be: what I actually was. I needed to lay down roots. I needed a sense of place.

He left out two critical words in the Dante verse he was quoting. Che fece per viltade il gran rifiuto. He who made the grand refusal—through cowardice.

Was I a coward? Yeah. But I was also being me.

My hamartia was not so much arrogance, in the end, as fear of instability.

Aside from being a rhetorical question, it is also a Conventional Implicature: the primary meaning of the phrase is “this is obvious”, even though this is not the literal meaning of the phrase, and that meaning replies from Gricean maxims of conversation. (“What does ursine defecation have to do with my question as a counterquestion? Ah, it is a vividly expressed exemplar of something obvious…”)

(See Nick Nicholas’ answer to How is it possible that we perceive irony? for more on Conventional and Conversational Implicatures.)

The term got to be a conventional implicature, in turn, by virtue of being vivid language, which sticks as a mental image. In particular, it is an instance (literally) of scatology.

I’m going to take a long time to say “none”.

The most common convention in Latin script is indeed to use apostrophe; and the disadvantage of the apostrophe is that it’s easy to miss, easy to conflate with a quotation mark, and it doesn’t look like a “real” letter. The same goes for patched apostrophes, such as the ʻOkina <ʻ> and the Modifier letter right half ring <ʾ>, or the spacing grave <`>. In fact, many writing systems end up making it optional. The status of the Hamza <ء> in Arabic script is also diacritic-y—by contrast with Hebrew, where aleph ⟨א⟩ is its own letter (when it’s not being a Mater lectionis).

Within Latin script, some alphabets have indeed plugged in distinct letters instead; from Wikipedia, Maltese and Võro use <q>, Malay uses <k>, and a few languages use <h>. That is not a universal solution though. Likewise, some Cyrillic alphabets use Palochka <Ӏ>, but in other alphabets that character is used as an ejective diacritic. (And yes, ejectives are also notated with apostrophes.)

The IPA symbol has begotten the Glottal stop (letter) <ʔ> with lowercase ⟨ɂ⟩ as a letter in Canadian indigenous languages. Wikipedia reports a 2015 case where women in the Northwest Territories demanded the right to use <ʔ> in their daughters’ names. (What’s in a Chipewyan name?) The Territory’s computers, of course, were Latin-1 only. <ʔ> often ends up rendered ad hoc as <?>, as you’d expect; and of course, that’s even worse than using an apostrophe, because everything treats it as punctuation.

ASCII Arabic (Arabic chat alphabet) renders the hamza as the lookalike <2>. Not a scalable solution either.

This is a rarer sound cross-linguistically, but one that contrasts with the glottal stop in Arabic. In Chechen, it’s an allophone of the Palochka letter; in Avar it’s the digraph <гӏ>. Somali, as Joseph Boyle’s answer notes, uses <c>. Arabic has the Ayin <ع> for the phoneme, and in Hebrew it is also traditionally <ע>—although most Hebrew-speakers pronounced that now as a glottal stop.

ASCII Arabic renders the ayin as the lookalike <3>, which is just as bad as <2>. Arabic transliteration into Latin uses variants of apostrophes: <ʿ>, superscript <[math]^c[/math]>, <`>—with lots of ensuing confusion with the hamza; and of course, they are usually left out in transliterations anyway:

… Nope. No good options. It’s enough to make you give up and dump IPA symbols into your Romanisation—or the unchanged Arabic letters.

The successor to Rage Against Quora that I don’t run:

Good answers get stored up in many a blog; the most consistent of these is:

For knowing what’s going on from Quora’s side in general, refer to the compilation in:

In the realm of belles lettres exchanges seem to have been limited to romantic and didactic tales. […] The Alexander Romance of Pseudo-Callisthenes was also translated into Middle Persian and became well known in Islamic Persia (Southgate, introd.). […]

Rūm was the setting for the legendary adventures of many Iranian heroes. Goštāsp, patron of Zoroaster, for example, was said to have fled as a young prince to Rūm, where he met and married a daughter of the emperor, who bore him the paladin Esfandīār (Šāh-nāma, Moscow, VI, pp. 20ff.; Ṯaʿālebī, pp. 245-56; cf. Boyce, pp. 465f.). Šāpūr II was popularly believed to have traveled to Constantinople in disguise but to have been recognized and imprisoned; he escaped and de­feated Julian, forcing him to accept a humiliating peace treaty (this story, as incorporated in the Syriac Julian Romance, was repeated in Islamic sources: Nöldeke, 1874). A love story was woven around Šarvīn Daštābī, whom Yazdegerd I supposedly sent to Constantinople as tutor to Theodosius II (see above; Mīnovī, 1954, pp. 75-76).