Can we say that west of Russia is more civilized and modern toward the east of Russia?

As Jakobson once said, though artlessly,
poetry claims th’ axis of combination.
The repertoire of sounds, in crafty array,
are how the Muse stakes her signification.
Without form woven in sonority,
poetry loses its essential claim:
ends up as prose with gilded metaphor,
but does not merit the enchanter’s name.

The Homeoteleuton as a device
was known to Greeks as such a mechanism,
who had recourse to it; but other means
drew their attention more— like metered rhythm.
The Irish used it too; but it would seem
that rhyme emerged from out of Andalus
into the veins of European verse,
as its main anchor through form-moulding use.

Some now deem it passé, but let them look
to craft sound still. Else, they can shove their book.

I was going to write my own question:

What kind of music makes you want to do a Snoopy Dance? 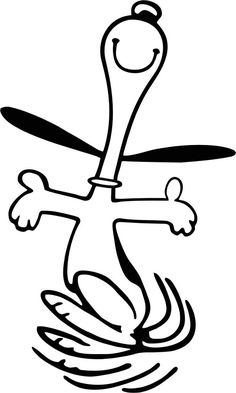 The answer for me is Dixieland Jazz. Don’t even care what the song is; the Dionysian untrammelled polyphonic joy of it just makes me want to stick my snout in the air, spread my arms, and bob my head from side to side.

Did so in the car yesterday, in fact.

Utterly random instance. I DEFY you to resist doing your own Snoopy Dance.

Per https://www.quora.com/Who-has-th… , looks like it blocks for 2–3 days. Was blocked for4.5 days now; appealed through bug report (and thanks to Tatiana Estévez for investigating).

In my instance, the block applied to all posts I owned, and was deemed a bug. If you get this, a bug report is the way to go; but stop short anyway of 10 posts per… I dunno, hour? day?

More of the same. We have Haldeman’s notes of his meeting with Nixon, and we have forensic proof that we aren’t missing any of his notes for the day. Nixon was clearly starting to talk about coverup, but would not yet have elaborated the whole CIA National Security lie.

Nixon didn’t wipe the tape because it was more incriminating than the Smoking Gun tape. He wiped it because it was the first tape he got hold of, and he was defeated by the challenge of wiping them, as a long-standing klutz.

As Pieter said in his answer, Byzantium preserved ancient Greek scholarship—but didn’t build on it: that was left for the Western Renaissance. I could add Orthodox Christianity; but as theology rather than ritual, all the work had been done by 800 AD anyway.

If you’re after technological achievements, well, there are individual Greeks who have done things; overwhelmingly and inevitably, they’ve done things in the UK and the US.

We’ve made much more of a recent impact on our immediate region of the Balkans, as anyone in the region will tell you. But you spoke of the world, not of our neighbourhood.

From your comments to Pieter, OP, it looks like you’re reaching at a comparison with the Muslim world. But the game now in advances for humanity is a globalised game. The Ummah doesn’t get its own Golden Age any more; we’re much too interlinked for that. The Ummah gets to contribute to the advances for humanity, by taking part in the research and the stewardship spearheaded (for now) by the West. The West will likely yield its mantle within our lifetimes to China. The part of the Ummah that has relied on oil will have to work out what to do once oil no longer matters—and how to work with the West and China on the cleanup.

And I should hope that over a billion Muslims don’t need to draw lessons by comparison with a small bankrupt country of 10 million.

Aw, come on. No Canberra hate from you people? That’s positively UNAUSTRALIAN!

I admire the methodicality of Ben Reimers in his answer. In fact, do look at it: Ben Reimers’ answer to Is Canberra the worst city in Australia?

The emotive definition of a good city to live in, that OP is presumably after, is not intrinsically about access to a beach. Or at least, I don’t think it is, being not much of a beach-goer. (That’s un-Australian too.) But it is critical mass of population, to sustain a vibrant cultural, entertainment, and gastronomical life; good amenities; and nice landscape.

To some, it needs to be “a good place to raise a family”. Mila Karmacharya has said it, just as many say it about Perth.

That criterion is not necessarily antithetical to “critical mass of population, to sustain a vibrant cultural, entertainment, and gastronomical life”. But, well, if it is, that decides me on it. And decides everyone whole who lives in Sydney or Melbourne on it too.

The way out is to say that Canberra is too small to be a city to begin with. It certainly feels that way. Especially if you’re trying to get a cab in the afternoon, to get to the airport to escape Canberra.

It is true that the restaurant scene has improved radically in the last decade. There are even honest-to-God bars in Canberra now. (I hesitate to say pubs.) And I did see a homeless mission wondering about the CBD at night; so it’s not as Stepford as I’d thought it is.

But of the capitals of states and territories, it is certainly the sleepiest. And that weighs heavily on anyone who lives in Sydney or Melbourne.

Jimmy Liu for me too, Habib le toubib, and Jimmy Liu for a lot of us. Proof positive that gadflies don’t survive long here.

Dimitris Almyrantis was reminiscing about a banned user, and I asked him: “So, [whoever it was] was your Jimmy Liu, then.” He retorted “No, Jimmy Liu was my Jimmy Liu.”

Albanian and Greek are related, though not as closely related as their geographic proximity would suggest. So it could be a common inheritance, or it could be a loan.

*Goes to his copy of Vladimir Orel’s Albanian Etymological Dictionary*

*Finds that the page where thrime would appear has been misscanned*

On that basis, I can’t answer the question with an informed opinion.

My uninformed opinion is that, if the word in two languages looks pretty similar, the default assumption is that it’s an old borrowing, not a native cognate (related word). If it was a common inheritance from Indo-European, you would expect it to diverge more.

Let us assume, for the sake of argument, that I am a popular Quoran.

Let us further assume that there is a substantial subset of my followerdom that I do not want to give gratuitous offence to, for one of sex, politics, or religion.

Assuming these, things, one would also be right to assume that, though I’m a pretty open book in general, I do use the Anonymity facilities of Quora, rather than give gratuitous offence.

One would also assume that I would be a little more judicious about my comments and upvotes to follow suit.

Obviously there’s an inconsistency in that, and I think I’ve lost a friend over it, but… *shrug*. It’s a difficult balance to strike.

If any of my followers know what the hell I’m talking about and are in fact unhappy with me, well, we can take it up in messages; but I’ve drawn my dividing line.