Reposted from: To my wife, on our five-year anniversary 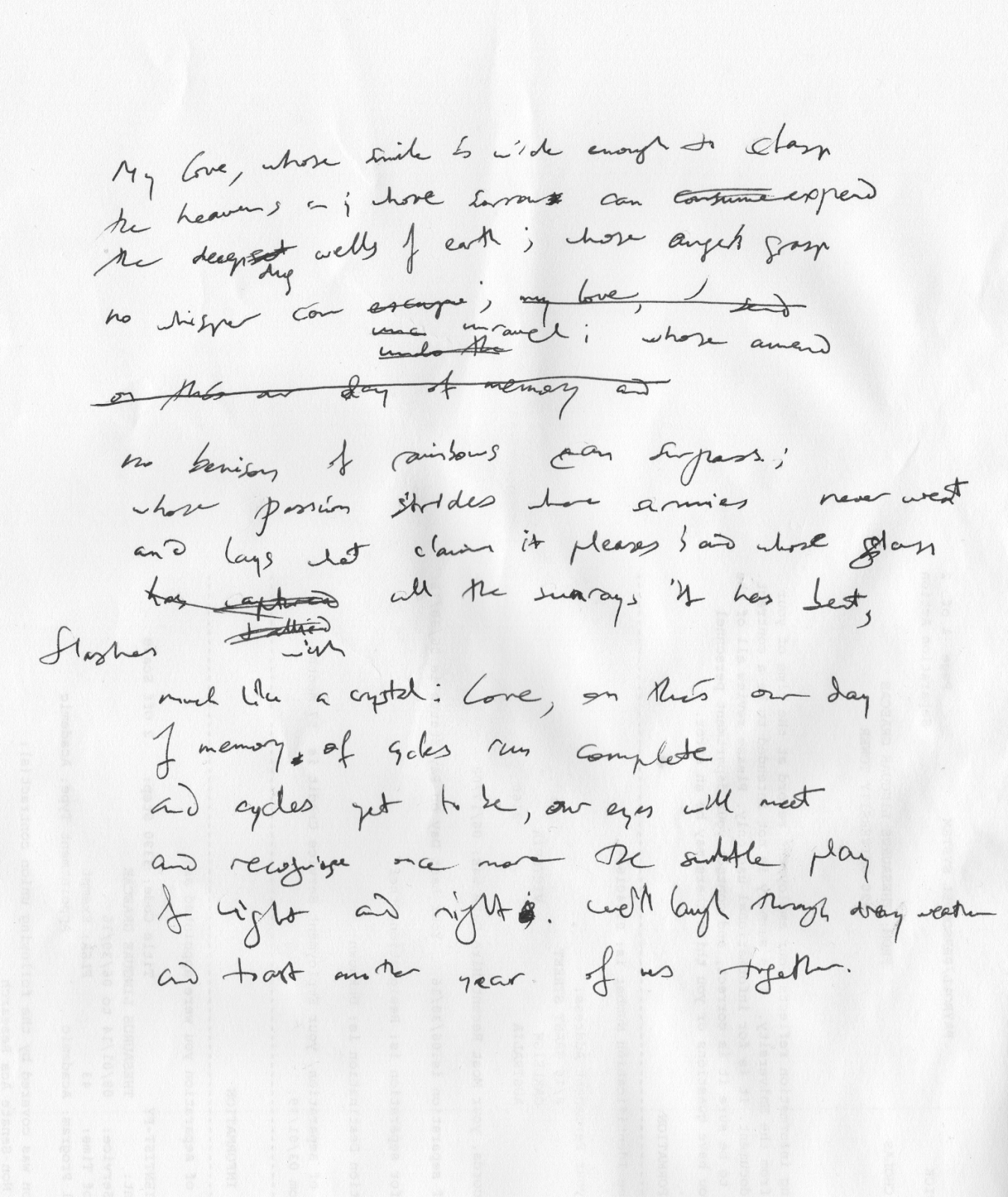 My love, whose smile is wide enough to clasp
the heavens in; whose sorrow can expend
the deep-dug wells of earth; whose anger’s grasp
no whisper can unravel; whose amend

no benison of rainbows can surpass;
whose passion strides where armies never went,
and lays what claims it pleases; and whose glass
flashes with all the sunrays it has bent,

much like a crystal: Love, on this our day
of memory of cycles run complete
and cycles yet to be, our eyes will meet

and recognise once more the subtle play
of light and night. We’ll laugh through dreary weather,
and toast another year of us together.

I went to Sihler: New Comparative Grammar of Greek and Latin

(p. 266) “a connection particularly suggestive because of the otherwise puzzling lack of an overt case marker *-s on the nom.sg of the -e[math]H_2[/math]-stems.” (i.e. why is the feminine –ā and not –ās?)

“A historical connection between o-stem neuter plurals and the feminine –e[math]H_2[/math]-stems was made easier when it was discovered that in Hittite, as in Greek, the “plural” of the neuter was in a very real sense singular, as it construes with 3sg verbs. Before that discovery, there was room for debate over whether Greek syntax of the πάντα ῥεῖ ‘all things flow’ type was an innovation. But now it is clear that it can only be an ancient trait. The reinterpretation of a neuter plural as some kind of derivative (collective) singular is thinkable if *kʷekʷle[math]H_2[/math] (to *kʷekʷlom ‘wheel’) was not so much ‘wheels’ as something like ‘wheelage’, or perhaps indifferently one or the other. But the evolution of a whole new stem type and concord class (‘feminine’) from a single form is not easy to trace in detail.”

Christine Kenneally (born in Melbourne, Australia) is an Australian-American journalist who writes on science, language and culture. Trained as a linguist, she has written for the New York Times, the New Yorker, Slate, New Scientist, and Australia’s Monthly, among other publications.

Christine Kenneally is someone I resent the hell out of, because she went to the same linguistics department as me (she was a couple of years ahead of me), and she’s famous and I’m not. 🙂

Christine’s conclusion was that the linguistics structures of glossolalia match Anglo stereotypes of foreign languages: CV structure, simple phonetics, simple vowels. Nothing linguistically exotic. It’s like asking someone to “speak African” if they know nothing about African (including click languages).

Anecdote had it that the supervisor–supervisee relationship was an uncomfortable one.

Other respondents have answered about Linear A, of which we know only that is probably inspired Linear B, and it was very unlikely to have been Greek.

We also have a few inscriptions, from Classical times, in Eteocretan language, a non-Greek language written in Greek characters. It’s reasonable to assume it’s the same language was what the Minoans spoke, though it’s not definite.

We only know two words from what little parallel Greek–Eteocretan text we have, and we know that it doesn’t look like any language we know from the region, including Semitic or Indo-European. We also know that it had syllabic consonants: lmo is a word in Eteocretan. 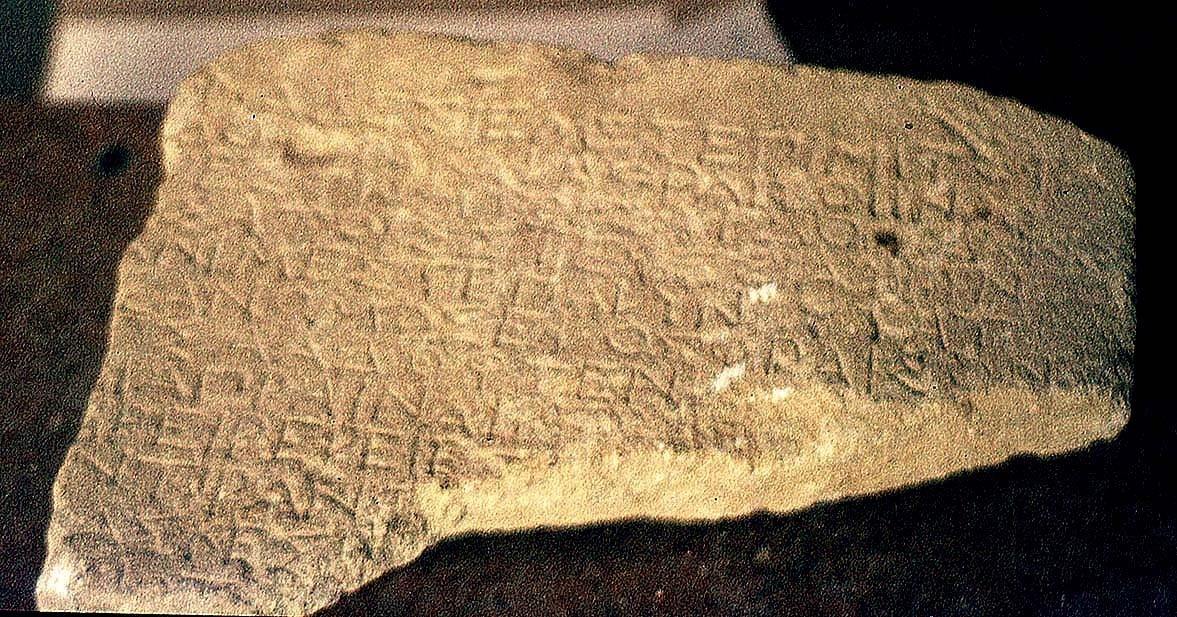 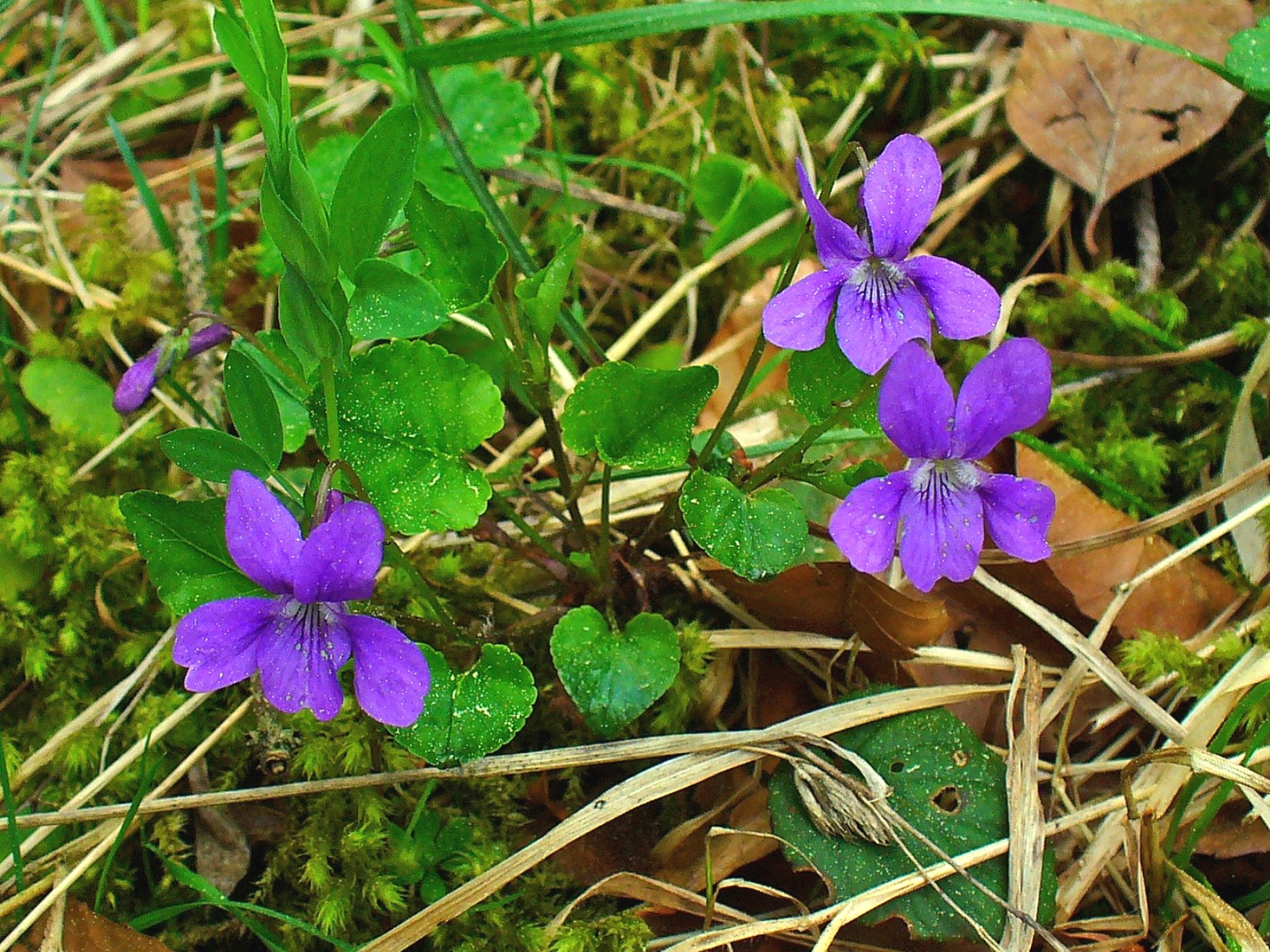 Modern Greek? You’ll occasionally find the derived terms μενεξί, βιολετί. But good old French μώβ (mauve) is the default for all variants of purple; and before it, I’m pretty sure it was λουλακί “indigo”.

Choice of script is always about ideology. Always. It’s not about linguistic rationality. In fact, when the missionaries or linguists come to town and start devising orthographies for previously unwritten languages, one of the language communities’ frequent concerns is that their orthography should look different from the tribe down the road.

Latin swept the Middle East as a vehicle of Westernisation in Kemal Atatürk’s time. That was Kemal’s ideology: it was hardly ideologically neutral, any more than Arabic script was. Yes, Ottoman Turkish orthography was pretty damn clumsy; but that wasn’t the main reason for the switch.

And yes, there has been a merry-go-round of script reform in the former Soviet Union, from Arabic to Cyrillic to Latin. But that’s not primarily about rationality either. It’s about (a) the old link to Islamic culture being broken by Communism, and (b) the new links being drawn to Pan-Turkism. Nothing neutral there either. Moreover, given the disruption introduced through Communism, scripts there now have the Lindy effect (thanks to Adam Mathias Bittlingmayer for introducing me to the notion): the scripts are now not long enough entrenched to resist replacement.

But Persian? Why does Persian use Arabic? Because Islam. And because no Kemalism or Pan-Turkism. And because Westernisation is not as compelling to them as it was to Kemal in 1920.

I have a soft spot for Greeklish, the adhoc online Latinisation(s) of Greek (Nick Nicholas’ answer to How are Greek characters written with Latin script?). But we’re not talking YouTube comments here. We’re talking the entire literary culture of Modern Persian, all the way back to Fedrowsi. Kemal made the decision that Turkey could break with its Ottoman literary past. I’m not seeing even the most ardent Zoroastrian emigré say they’d want that.

A: no. 🙂 Transliteration reform has already happened in Greek, and it’s concentrated around simplifying vowels. No more omega for long o’s or eta for long i’s or <ai> for long e’s, as in Φλωμπέρ <Flōmper> = Flaubert, Σαίξπηρ <Saixpēr> = Shakespeare.

But at least those reforms have made phonological sense. This wouldn’t.

Cypriot does not use βίδεο, ταπού: in Cyprus as in Greece, they would represent /viðeo, tavu/.

But that’s not because Cypriot is more rational than Standard Greek, with its <vinteo, tampou>: it’s because Cypriot is phonologically different, and is far enough from Greece to have its own transliteration norms, even if Standard Greek is the official language there. It’s also why Schubert in Cyprus is spelled Σιούπερτ <sjoupert> and not Σούμπερτ <soumpert>: <sj> = /ʃ/ in Cypriot.