On this Electoralgeddon evening, I think, to my own surprise, of an exchange I had here during the Brexit referendum.

I was transfixed here by the arguments during Brexit, the distress of the Remain camp, the snapping back by the Europeans. When the results came out, there was despondency on Quora, and a lot of Remain voters saying a lot about how angry they were.

Shane Dhury was one. I’m going to quote from memory, but he was saying stuff like the North of England was dead to him now.

And all of a sudden, some Australian busybody from out of nowhere starts pestering him in comments, saying that wasn’t the responsible thing to say as a citizen, and one’s fellow citizens must have their grievances heard if things are not to come to this, and how it is nobler to rebuild than to curse, and blah blah blah.

To Shane’s credit, rightly fucked off though he was at some Australian busybody’s unsolicited platitudes, he conceded grudgingly that the busybody was right, and yes, Shane did in fact have some ideas about how to rebuild from here.

But couldn’t I fucking allow him ONE NIGHT of wallowing in his sorrow?

And of course, I could, and I apologised.

Electoralgeddon evening has somehow hit me worse than Brexit. This probably tells you a lot about how Australia has reoriented itself since the days of Empire.

I have good American friends here, and I have American acquaintances whose voices I cherish. They will be distressed in the days and months and years ahead.

Electoralgeddon evening has somehow hit me worse than Brexit, so I know now that I really should have left Shane alone that night.

I stand by what I said. But tonight, I’m not volunteering my opinion to Americans, of how they should rebuild, and reunify their country. I’m in fact hiding this post in a blog, with only one American follower, who’s too polite to tell me to fuck off. 🙂

Shane Dhury’s answer to Since the British flag is a combination of only three of its four parts, how would you incorporate the welsh flag? 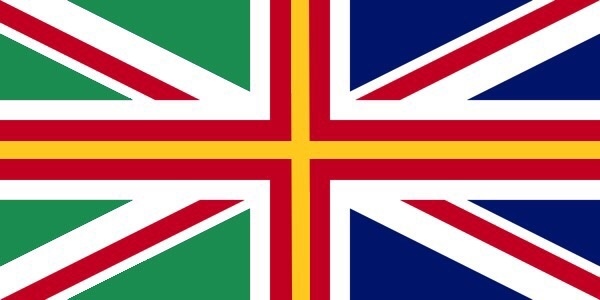 EDIT: Filled in with the help of Uri Granta, for which my humble thanks.

You can see I’m really straining to find people; it simply was not a common name, the way Alexius was. Those Prosopography German things? They’re the index of anyone Byzantine named in any written source, for 600–1000 and 1200–1500. I’m sure someone can come up with people for the missing decades (and certainly for the 16th–18th centuries); but that’ll do for now.

Vienna. Monumental architecture, cosy atmosphere, livable scale, awash with the history and the ghosts of some of the best culture Europe ever produced. Love love love Vienna. My wife and I both loving Vienna was one of the first things we bonded over when we started going out. 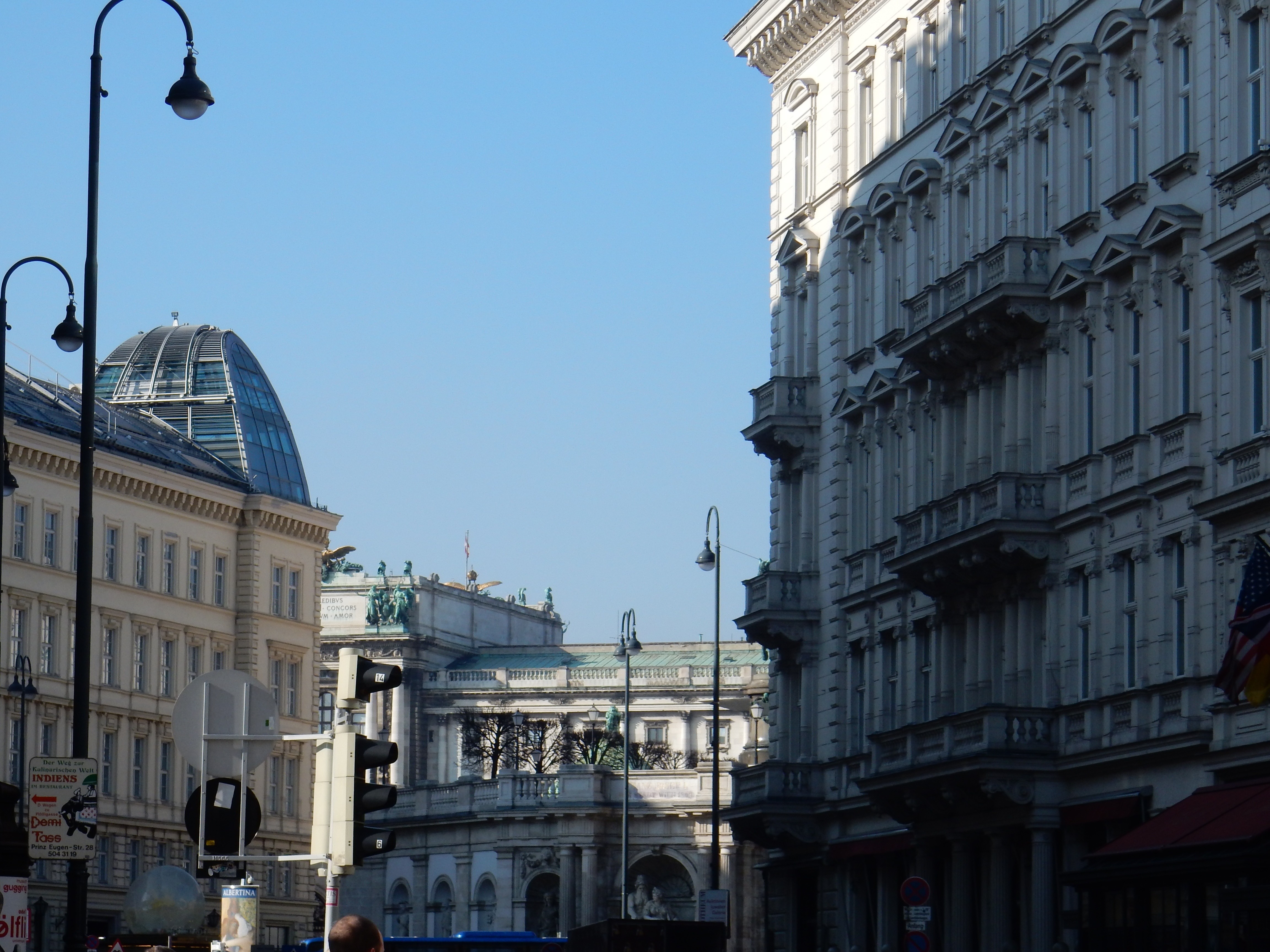 (The second was Richard Nixon, God help me.)

Yes, it is impossible to tell, for reasons my learnèd colleagues have touched on. Allow me to expand one angle.

As I was saying to Martin Silvertant just before (wat de neuk?), I predicted the death of Dutch in 200 years as a postgrad, when I found out that university courses were being lectured in English in the Netherlands. That’s how it begins: replacing a language with a more prestigious language in some domain of public discourse. Then more and more domains. Then the home.

I was challenged at the time by another student. “When you say that,” he pointed out, “you really just mean some time you can’t immediately predict, don’t you.”

Well, yeah. And screw you for being right.

Is there anything on the visible horizon that would displace English like that? The British Empire has set, and the Pax Americana may be starting to; but English has a comfortable niche for a while yet as a lingua franca, even without them. Could Mandarin displace it yet? Not impossible (and something can be worked out with the characters vs Pinyin); but then again, as Mao put it in Nixon in China,

Our armies do not go abroad. Why should we? We have all we need.

The next hegemon, if China proves to be that, might be just fine with English sticking around as a lingua franca.

In that case, the race to expire English will be between the Technological singularity, Environmental Catastrophe, and the natural death of languages. With mass literacy and the nation state, language change has been slowed down; I’d normally give it 500 years, but it’ll be likely longer. Which means it’s a race between the robot overlords and New York being under water.

… Sorry about that last bit. It’s Electoralgeddon, we’re all going a little crazy.

There have been various proposals over the years, though none have taken off. In internet discourse, where irony marks are pretty necessary, the smiley has prevailed; it’s more about “I’m only joking! I’m only joking!” than about actual amusement.

Some Ethiopian languages use a special temherte slaqî or temherte slaq punctuation for “sarcasm and unreal phrases”, that looks like ¡

Of the Latin alphabet proposals, as Wikipedia enumerates them, there’s been:

We are fricking foodies in this town, and this is a very hard question.

At least, if you’re visiting Melbourne, it’s reasonable to constrain this question to the CBD, and to fine dining.

That’s still not really constrained though. Of the options mentioned by other answerers, there’s the nouveau everything of Vue de Monde, the nouveau Chinese of the Flower Drum (which I’m told has seen better days), the nouveau Armenian of Sezar, the nouveau Greek of The Press Club (now even more expensive).

I’m going to nominate the last fancy place I’ve been to: the nouveau Lebanese of Maha.

I’ll add the nouveau Peruvian of Pastuso, the last restaurant I’ve been to at all, because the fish marinade was to die for; and the nouveau Asian of Ezard.

The high temples of food are probably Vue de Monde and the nouveau Italian of Grossi Florentino. Being inside Grossi Florentino is like being inside a temple of food. (A very very expensive temple.) But apart from the $60 cheese platter, I was actually kinda disappointed when we went there: not quite nouveau enough.

Why yes, there is an ongoing emphasis on innovation and fusion in contemporary Australian foodie culture. Whatever gave that away?

Oakleigh, which is now Greektown, is full of Greek fooderies. All of them bad, and primarily about people hanging out pretending they’re in an Athens patisserie. The best place in Oakleigh is the one hidden away.

Nick Nicholas’ answer to Why do some questions, answers, and messages on Quora contain figures like this: U0001f60f?

Only Plane 0 Unicode emoji will render in the Quora text editor:

I wish to convey a negative yet hopeful reaction. So:

♨⛄Lots of stuff will melt down, and

☺☻Racial harmony in the US may well be even more compromised,

⛱ But meanwhile you will be able to enjoy your summers

✋✋ While you mull over converting your open hands

✌ There will be new Victories

It’s kind of a meaningless question, because vocabulary is productive; but to Vasiliki Baskos’ answer I will add these figures from non-Modern lexica:

And that’s not to mention the Academy of Athens’ Historical Dictionary of Modern Greek (the Greek dialect dictionary), or the serious gaps in Modern Greek lexicography surrounding literary Greek. I don’t have a count for alpha there.

Alpha is a good letter to ask about, btw. Trapp is up to tau, Kriaras is at rho, DGE is at epsilon, and the Academy is at delta. Lexicography is about the long game…