After how long did you notice your antidepressant working?

Was supposed to be 2 weeks, it ended up being 4 for me. Zoloft. FWIW. Have since moved to Lexapro.

Some combinations of clauses do not project: not all the presuppositions survive. Working out how and why is the projection problem. For example:

If there is a knave, then the knave stole the tarts.

The conditions under which projection happens are messy, and it’s 11:15 pm, so you can go to the links to work out what the debate is about.

There was a threat made by Georgios Karaiskakis, the foul mouthed general of the Greek War of Independence, that I’ve just discovered. It has a kind of magnificent menace to it.

For it to even be intelligible in English, I have to cite from Nick Nicholas’ answer to What are some weird expressions?

Θα μου κλάσεις τ’ αρχίδια. “You will fart on my balls.” The meaning of this is: your threats to me are meaningless, as I am in a position of complete dominance over you.

That oblique enough for you?

Good. Because in this answer, I won’t be so oblique.

“If I should live, then shall they fear my wrath.
If I should die, why should I care a whit?”

But Karaiskakis was not a decorous kind of guy.

What he actually demanded his scribe write down is:

The primary meaning of “they can fart on my dick” is “I don’t give a shit about them, they can’t do anything to hurt me anymore.”

But it is the “I don’t give a shit” of magnificent indifference, of someone who is already fucking you in the ass as punishment.

So the worst you can do to them is fart on their dick.

But you gotta admit. It has a certain crude effectiveness. 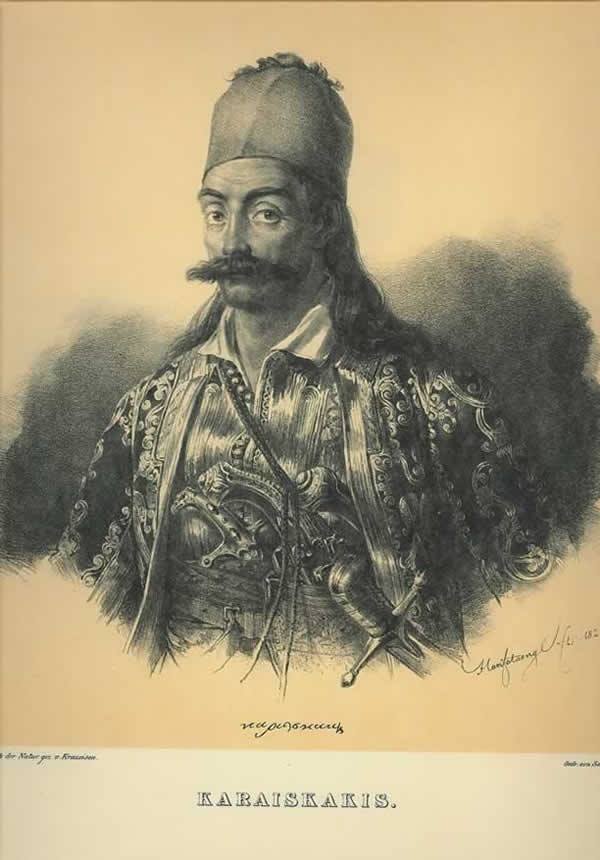 Ah. How do I answer this without getting myself into massive trouble.

The Annika Schauer is wise. But let me elaborate on the scenario a bit, and let me answer about whether it is appropriate, and whether it is desirable for Anon to date any.

What are the rules for a heterosexual date-seeking male of any age to interact with any women in any context?

To which one can add, in this particular context,

Let us hypothetically, OP, assume you’re in a class with three women. Under the expert tutelage of the magisterial lecturer Nick Nicholas, expounding forth on the mysteries of Historical Linguistics. (Hey, why does OP get to be the only guy daydreaming?) Let us further, if dangerously, assume they are:

Let us yet further assume that all three of them will remain on speaking terms with me after the conclusion of this hypothetical. Which is not a given.

Now, OP, me old china, Dr Nick has no traffic with what his students get up to on their own time, so long as everyone’s keeping their hands above the desk, and is listening raptly to his dorky jokes and amazing accounts of random language changes.

Dr Nick is concerned that his students feel comfortable and safe in his class; and he really, really hopes that he doesn’t get called in to deal with any disruptions to that.

OP looks langurously around at Sierra and Sarah.

Mary is in fact maybe possibly looking for someone to have a good time with, when she’s not slaving away at the landscaping biz, or trying to make head or tail of the history of Tocharian. Mary is astonishingly awesome; she happens to be more age-appropriate for OP, as our culture sets it out; and Mary has a very good asshole detector, so Dr Nick (who, eh, knows Mary socially through Quora) would have no concerns that Mary would look after herself, and would not allow herself to feel unsafe.

Sierra? Sierra wants to be regarded as a peer by her peers, and treated with respect. And deserves nothing less. Sierra would be nothing but creeped out by OP putting the moves on her, and knows that no meaningful relationship would develop out of it, because it would not be a relation of peers, or equals, or anything but sexual, and she’s not coming to Dr Nick’s amazing lectures to be leered at like a piece of meat, thank you very much. And seriously, what does OP think they’d have in common to talk about.

Dr Nick (who, eh, knows Sierra socially through Quora) would advise that OP not even try to go there.

Sarah? In this hypothetical, Sarah is not yet giddily engaged, and their fiancé is not about to come out and beat OP up. Sarah, no less than Sierra, wants to be regarded as a peer by their peers, and treated with respect. And deserves nothing less. Sarah in this hypothetical and stage in their life, as it happens, is in fact quite OK for OP to objectify them, and interact with them as a potential sex partner.

So long as they get to objectify him right back. Get prepared for some confronting conversations with them, OP. Sarah is not interested in someone who’s got ridiculous expectations about what’s actually likely to happen. Sarah is not interested in liars, cheaters, or assholes; and if you’re only interested in one thing with Sarah, well then, they get to be interested in only one thing with you, right back. And you’re not any more likely to be the guy that Sarah ends up with as her mate, than you are with Sierra—for what I think are ultimately the same reasons. You don’t have that much in common.

So, OP. You can view anyone you like as a potential sex partner or mate. Not during Dr Nick’s class, of course, he’ll likely take a dim view of that. But still.

But. Are you prepared for the consequences?

At very very most, a linguist programmer will see YACC rules specifying a programming language’s syntax, and think “Oh, how cute. Kinda like phrase structure rules, but ludicrously simpler.”

If a linguist gets to either YACC or axiomatic semantics, btw, he’s delving a lot deeper into actual Computer Science than any programmer under 40 that I’ve met.