Context is Should there be a revolt by authors against Quora Censorship?, initiated by Jack Menendez in protest of the collapsing of Jack Menendez’s answer to Why Trump is considered to be the greatest president in America history? See also: Would Quora moderators collapse Jonathan Swift’s “A Modest Proposal” answer to the question of how to solve poverty?

A “revolt” will not be particularly useful or effective. In all likelihood it will be counter-productive.

There’s tens of millions of Quora users—perhaps even a hundred million—with many new users showing up daily. There’s no Quora writers’ union that can shut down site contributions. While Top Writers might be cozy with some staff at Quora, as a group they have no power whatsoever. A revolt on Quora’s site will be shut down with ease; a revolt from exile outside of the site will go unnoticed.

A few upset indivuals leaving or being banned at a time is hardly noticeable—even extremely prolific ones with wide exposure. Had many of those valuable voices stayed there might be hope for a constructive discourse. While I didn’t respond to your A2A request, I am still here: able to engage you and share what few insights I can offer.

Quora is a company. It may not be one with a revenue stream yet but they have owners and investors that have invested a lot of money developing a platform and cultivating a broad userbase. Quora management has to answer to those folks and must protect its platform. Quora’s core business is not in offering “free speech” and “due process”.

Losing a few users here and there won’t make any difference, and sad as it is to say Quora won’t mourn the loss of a few easily replaceable writers. Even if every Top Writer left the site tomorrow, Quora could simply award a few hundred alternates TW status. Boycotting Quora won’t cost them a dime and will free up server space and reduce moderator workload—that’s the reality of the power dynamic at play.

I’m not defending Quora but I think everyone has to arrive at their own conclusion as to how much of themselves they feel comfortable in investing in a site that won’t be compensating them for their time, which may ban them at any time, and will keep all of that contributor’s content once they ban said user.

I was edit-blocked thrice and was informed I was on the verge of an account ban. I could’ve have continued contributing answers after this but I realized that I was now on borrowed time and that if I continued answering questions moderators would eventually find cause to ban my account. I once warned writers on the Quora Writers’ Feedback Facebook page that another writer purge might be underway and I was banned from that forum in apparent retaliation immediately thereafter.

I still enjoy reading and commenting on the site and so I decided it was in my best interest to remain on cordial terms with everyone and simply become a passive, non-contributing Quoran. It’s worked out well over the past two years. And honestly it’s been so long since I’ve written an answer I don’t really even miss it any more. For writing Medium is probably a better site for many people (though I found the “targeted writing” of Quora question’s more inspiring to me personally). Point being there are other options out there if I find myself frustrated with Quora’s policies or policy enforcement.

By completely boycotting Quora in protest I would have no voice nor presence here at all. While I’m currently something of a “ghost” on Quora…and may forever roam around in “purgatory”…if I simply vanished I’d be locked out; I wouldn’t be around to leave this comment. I doubt I’ll be around long enough to see Quora reform itself but then again it’s not impossible—authoritarian hierarchies intolerant of criticism, unwilling to reform, and who depend on opacity seldom last long. If I simply abandoned Quora I’d never see Quora open up and I would eliminate any chance I could steer any discussions in that direction. The inevitable arc of history is towards openness and transparency and I don’t imagine Quora proving an exception.

Quora obviously has a festering problem alienating once-loyal, committed users who were well-liked by the community of writers. I’m not sure how they will fix this or even if they will soon acknowledge that such a problem exists. Although a temper tantrum may feel cathartic, a “revolt” won’t accomplish anything—of that I’m certain.

Quora can and will ban “revolutionary” accounts out-of-hand, and they won’t lose a wink of sleep over it. Sticking around and being a reasonable, consistently respectful voice advocating greater transparency is probably the best any user can do. Only until a critical mass of users collectively become conscious of the systemic problems with Quora will there be any motivation for Quora management to accommodate them. That won’t happen for a very long time, and at the current rate that users vanish without a trace, it may never happen.

Hey, Habib! (Sez I just today.) I’m really proud of that Nick Nicholas’ answer to Am I shallow or superficial for thinking Australia’s aboriginals are the least attractive race of humans in the world? It was a fine example, even if I do say so myself, of going beyond a superficial question and a bunch of superficial answers, to interrogate what is actually going on.

… What do you mean, the link doesn’t work?

Why was I never notified that the question I answered was deleted? 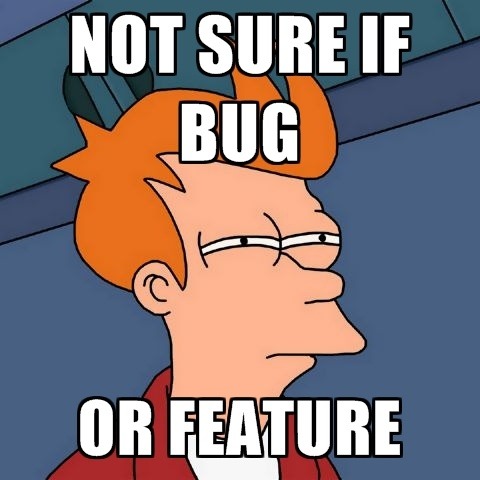 I mean, if I don’t know whether the parent question is deleted, how am I supposed to know to post the answer to a blog, so at least people can see it there?

… Oh, you didn’t know you could do that?

P.S.: Am I shallow or superficial for thinking Australia’s aboriginals are the least attractive race of humans in the world? (QUESTION DELETED) by Nick Nicholas on Opɯdʒɯlɯklɑr In Exile

Quora’s answer to What is Quora’s policy on humorous answers/reviews?

Quora may allow a satirical answer if it is couched with a “but seriously, …” or a “as the following reductio ad absurdum would illustrate”. But a straight joke answer will usually be reported, typically by another user, and will be collapsed.

The policy does claim that if an answer already has more than 50 upvotes (which yours did, OP: Jack Menendez’s answer to Why Trump is considered to be the greatest president in America history?), the collapse needs to be approved by three moderators.

I really am not defending Quora reflexively on this. There are some things I don’t like about Quora’s policies, and some more that I dislike about how they are implemented.

But the premise of Quora is not open-ended writing like Medium, or provocative literature like what Swift wrote. The premise of Quora is informative responses to sincere requests for information (which can still be humorous, as long as an actual answer is in there). The question may have been bait, as John Gragson answered elsewhere, but the culture is either to ignore it, or to make the response unambiguously framed.

In truth, if you (or Jon Swift) had just appended “… but yeah, no”, there would have been less room for instacollapsing.

There is a vital role for polemic in society. And maybe Quora is “a purveyor of ignorance and half truths”, as you put it in your answer, by suppressing polemic. But Quora has decided that it is not primarily a purveyor of polemic. Hence, after all, the aggressive policing of BNBR.

The use of the term Anglo–Celtic in Australia has to do with the history of ethnic relations and the formation of the dominant identity in that country.

For a very long time, the Irish and their descendants, identified through Catholicism, were a separate and somewhat disadvantaged identity in Australia. They had trouble accessing the highest levels of power. They had separate schooling in the Catholic system. Sectarian conflict in the school yard, the workplace, and beyond was a real thing as late as the 1950s. And, with Aboriginal Australians decimated and marginalised, and the imposition of the White Australia policy, Catholic anglohone Australians were the most visible minority in Australia.

But the extent to which they were a minority should not be overstated. In most ways, Catholic and Protestant Anglophone Australians shared a common culture, and much of the time a common identity.

With the post war influx of Southern Europeans into Australia, people started to identify and discuss the dominant majority culture in the 70s. It was the culture that southern European Australians did not immediately fit into, and it needed a name. With British deprecated as an identity by then for descendants of the First Fleet, the first term people jumped on was Anglo.

But the memory of sectarian conflict among Anglophones was very recent. Catholic Anglophone Australians could grudgingly accept that they were part of a majority culture; but they would not accept being subsumed within a Protestant default, which is what Anglo (English) implies. They themselves had been the subalterns not that long ago. So out of sensitivity to this divide, the hybrid term Anglo–Celtic was coined.

The experience through the rest of the Anglosphere was different.

Let me unpack your question there, Uri.

When did μπ stop being pronounced [mp] and started being pronounced [mb], with voice assimilation? Early. It does not occur in Southern Italian Greek (them saying [panta] instead of [panda] for “forever” really sticks out), but it does everywhere else in Greek, and it’s a change that could have happened before /b/ without a preceding nasal went to /β/ > /v (which was in place by 1st century AD). I don’t doubt that we’re talking 1st millennium AD for /mp/ > [mb].

When did μπ start being used to transliterate /b/ in foreign languages, just as ντ started being used to transliterate /d/? Late. The giveaway is initial μπ, which violates Ancient Greek phonotactics. I wrote on the various transliterations of Bagdad in Byzantine sources, at Nastratios in Pagdatia. They uniformly use either Beta (anachronistically), or Pi for the initial /b/. Looking at the Lexikon der Byzantinischen Gräzität, initial μπ for loanwords with /b/ seem to become routine only from the 13th century on, though there look to be sporadic earlier instances.