You mean, there’s a story there?

gastēr “belly” is likely derived from *grastēr, “something that does graō”. Graō in turn is a really, really obscure word for “gnaw, eat”, that shows up once in Callimachus, and that also turns up in Ancient Cypriot, which was an archaic dialect. So, gastēr is “eater”. This verb graō is apparently cognate with Old Indic grásate “eat, devour”.

There is an equivalent word to gastēr in Old Indic: grastar-. It’s an astronomical term, referring to eclipses; the moon, I guess, is described as devouring the sun.

So, if you ever see this Halloween costume: 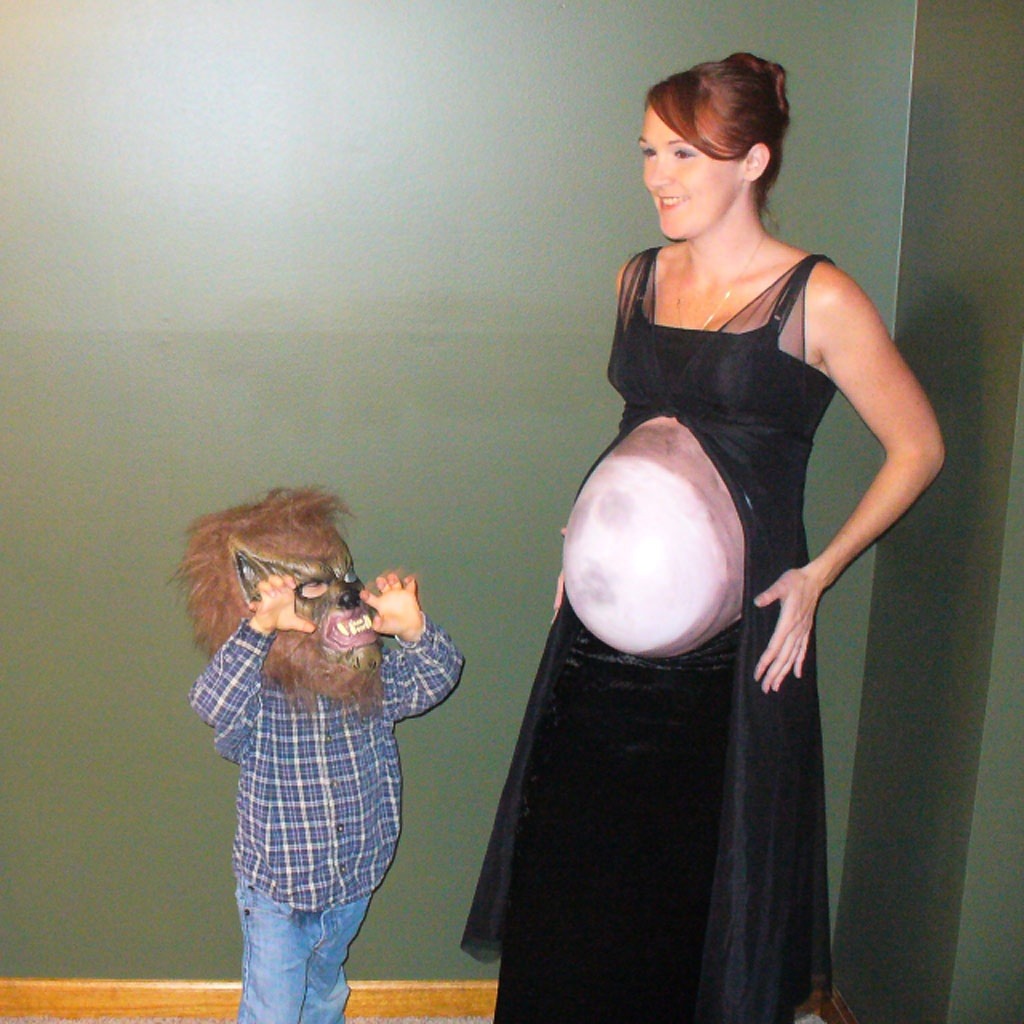 —the Vedas had the same idea.

I saw a marginal note in Frisk that threw me btw.

Gastēr has not survived in Modern Greek. The related verb engastroō ‘to make something be in a belly’ is alive and well as gastrono, the colloquial word for ‘impregnate’.

But a millenium after Greeks decided to take the r out of *grastēr, they decided to put an r back into the same spot. Language change is random like that. Gastra, a word meaning “a belly-shaped container, a container with a swelling in the middle”, went to *grastra > ɣlastra. Which is the modern word for a flowerpot.

Or by extension, a model paid to look decorative on a TV show.

I don’t know whether that extends further, to maternity wear models.