Nick Nicholas’ answer to What are some words or phrases that are only used in your region?

The full saying is de gustibus et coloribus non disputandum. Because they’re both subjective experiences. As confirmed by #TheDress / What Color Is This Dress?

Green grapes and purple grapes have different taste and different colour. All the more non disputanda, then.

Green grapes are tart. They explode in your mouth with vivifying punch. 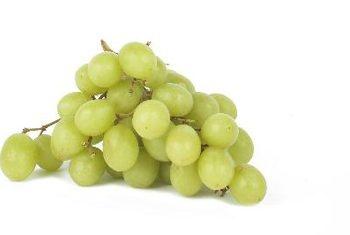 Purple grapes are sweet. They soothe your mouth with honeyed mellowness. 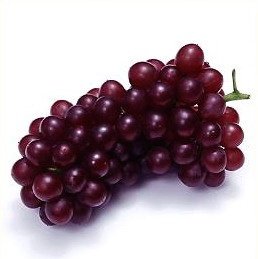 As another hallowed Interwebs meme has proclaimed:

Branagh’s. Yes, the casting was indulgent; but Full Text! Who does that any more!

Vote #1 Kim Huynh’s answer to What are the pros and cons of living in Australia specifically in Melbourne? This will be rather more superficial.

Let us now praise Australian hypocoristics. Or Diminutives in Australian English. I’ve seen hypocoristic used here, because the Australian forms aren’t used like normal diminutives, to indicate that something is cute or small; hence bikie “member of a motorcycle club, with a connotation of involved in criminal activity”. Of course, hypocoristic is just Greek for baby-talk (‘under child do’), which these aren’t either; but whatevs.

Have a look at that list linked above. Yes, we really do talk like that. It’s not just about throwing a shrimp on the barbie (and we call them prawns anyway).

We really do get aggro when cut off by some drongo in traffic, unless it’s an ambo or a firie; and sometimes that can end up in a biffo, especially if it’s some truckie in a semi from Tassie or Newie or Rocky. We really do like to have a bikkie or a sanger in the arvo with a cuppa, and a smashed avo toast with mushies for brekkie. And sometimes we head out to pick some grog up at the bottlo to chuck in the esky; we’d be devo if there’s no Crownies there. My wife has just got a job with the Salvos, but she does not deal directly with deros or povvos or housos [that last one is not in the Wikipedia list]. Tracey Bryan talks like that in Brissie; it’s a shame I didn’t catch up with her for Chrissie, but I had to stick around with the relos.

Gotta get back to work from my (non-smoking) smoko; we got fined for not paying our rego last week, on the way to the servo, and I gotta pay it off. It’s enough to make you put on your sunnies and chuck a sickie, I tell ya. The pollies upped the rego price for revenue; that’s what the journos say. The Seppos would never fine you like that, tell you what.

(This is actually not that exaggerated. And I don’t see what the fuss is about with Crown Lager; I’ll take Cab Sav over that any day.)

A close companion to What in your opinion is the ugliest/most unappealing script?

Cultural familiarity is going to defuse anyone’s opinion; so you won’t get many responses nominating Latin, or anything originating on the same continent as Latin.

Is it Lontara alphabet, optimised to be written on palm leaves? Is it Vai syllabary, which aesthetically occupies a middle ground between a syllabary (which it is) and hieroglyphics? Is it Ogham, which reduces letters to tally strokes?

I’m going to go with Duployan. Duployan is a French shorthand system, and Duployan was used to write down Chinook Jargon. That’s why it has been added to Unicode: Duployan (Unicode block).

As a shorthand, Duployan was designed for easy and fluent joining together of characters. What it was not designed for was straightforward rendering in either print or a computer screen. Read the rules for rendering the script in the 2009 proposal to include Duployan in Unicode, or the Unicode Technical Note Duployan Shorthand, and wince.

Like this kibbitzing site says: Crazy On Tap – Unicode 7

That Duployan by the way is an obscure form of shorthand that was proposed for a small number of weird languages, but which actually never caught on. All those languages use different orthographies now. Duployan is impossible to render using standard font engines because the shapes can combine in infinite combinations, and do stuff like the end of one segment connects to the start of the next, and they can rotate. It would be easier to implement rendering of fancy calligraphy or handwriting that looks totally real.

“Duployan orienting vowels are written by rotating the vowel to match the incoming angle of the preceding character, then mirrored along the axis of that character to avoid the following character crossing.”

It’s a comparison you hear often (“Australia: a combination of the best parts of California and England”), and it’s not unfounded:

Having lived in both, California is still much closer to the American norm than anything in Australia, and I think the similarities are on the superficial side. For example, both are outgoing and friendly, but I still found Californians to be too in-your-face for me.

Necrologue: at least 100 followers. No exceptions. Well, one exception I made on April Fool’s Day, but that was a Let It Burn kind of day anyway.

Trebizond is derived from the Ancient Greek Trapezous (genitive Trapezountos, hence Modern Greek Trapezounda), meaning ‘table-like’, and referring to the mountain formation in the area.

Per People and Culture: Trebižat River,

There are two theories on how the river got its name. The first one says that it was named “Trebižat” because it escapes from the surface three times. According to the second theory, the name comes from the Italian “il trebizatto”, meaning the river is rich in eels.

So, unlikely, and I wouldn’t have thought there’s a clear reason why you’d name the river after such a far-off city anyway. Especially when the river gets a different name each of the nine times it resurfaces above ground to begin with (Trebižat (river) – Wikipedia)—so none of the originally named instances were particularly long or, I’d have thought, widely known.

OK, OK, I yield to the inevitable. Word of the day is in fact, “covfefe” – ‘a summoning word of fearsome power, never to be used lightly.’ pic.twitter.com/PE4Oc4CPS5