When confronted with horrifically Kafkaesque opacity, one can only retaliate with sunlight.

This is an accidental find:

What’s happening to one of my answers on Quora? Are there upvote bots?

UPDATE: After an investigation, it seems my answer was targeted by spam bots or spam profiles (unknown reasons). Attached is the message from a Quora Moderator. It pays to colour within the lines and to report suspicious activity! 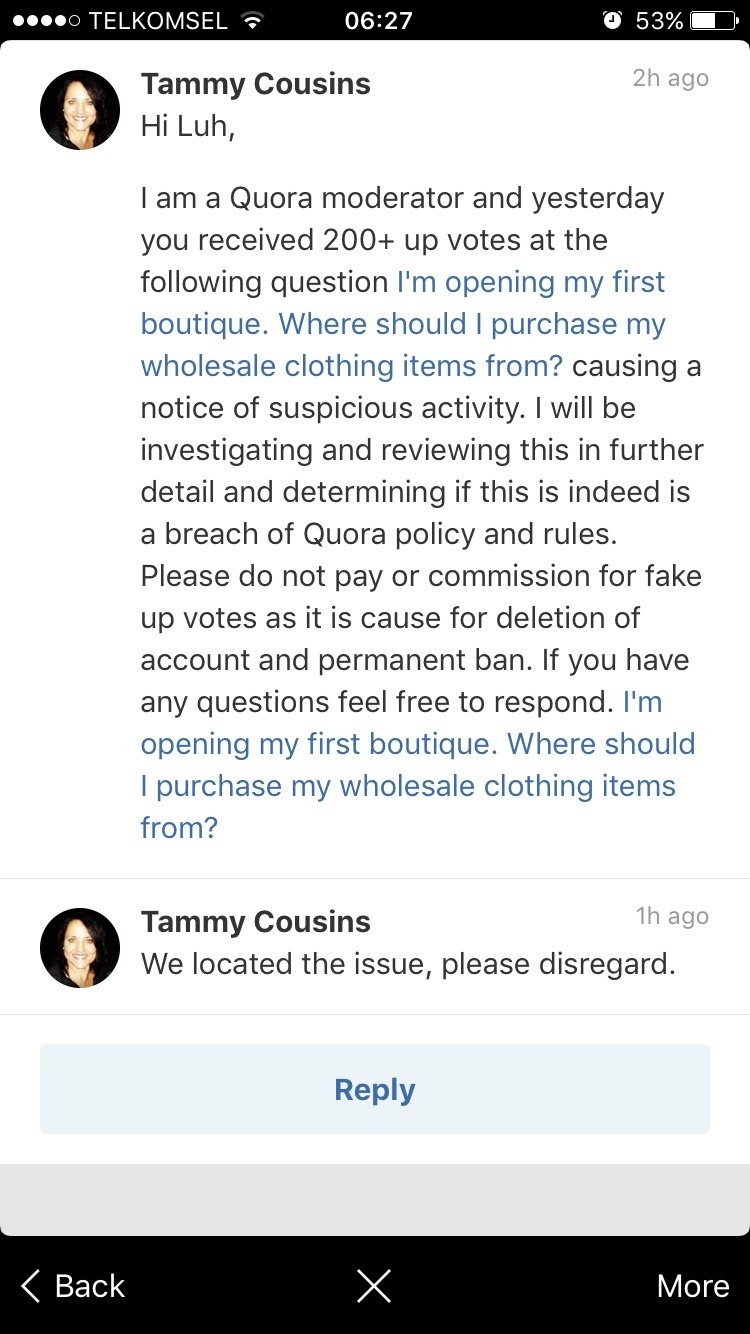 So, whatever else it may mean, “suspicious activity” is a new word for Spamming.

EDIT: Maybe. Though this putative moderator was themselves banned, and the ban wording was “The content was deleted because it is in violation of our spam policy”: The Mystery Moderator. So my conclusion was premature.

P.S. I’m fascinated at my spontaneous themselves just then. It has a specific referent alright, but one whose true identity (and thus true gender) is under dispute; so I used the gender-neutral alternative after all…

I’m withholding answers this fortnight. Jennifer will tear me a new one, because Time Out on Quora really is supposed to mean Time Out on Quora, where I would be just updating entries on Necrologue.

Your account has been banned because it has been linked to suspicious and/or malicious activity that violated Quora’s policies and guidelines.

Without knowing about, or wanting to know about, the particulars of these bans:

Quora was giving no justification for bans for a long time. Then it was, and it was mostly BNBR. Then it wasn’t again.

Then it started giving justifications so vague, I’ve been counting them as equivalent to None Given: “Multiple Violations”.

This month, “Suspicious and/or Malicious” has shown up.

The acute problem with this is, “Suspicious” is not an assertion that an offence is proven, only that it is suspected.

Users being banned on the mere suspicion of nefarious activity? That’s even worse than not giving any rationale at all.