Originally posted in Some levity by Nick Nicholas on Necrologue 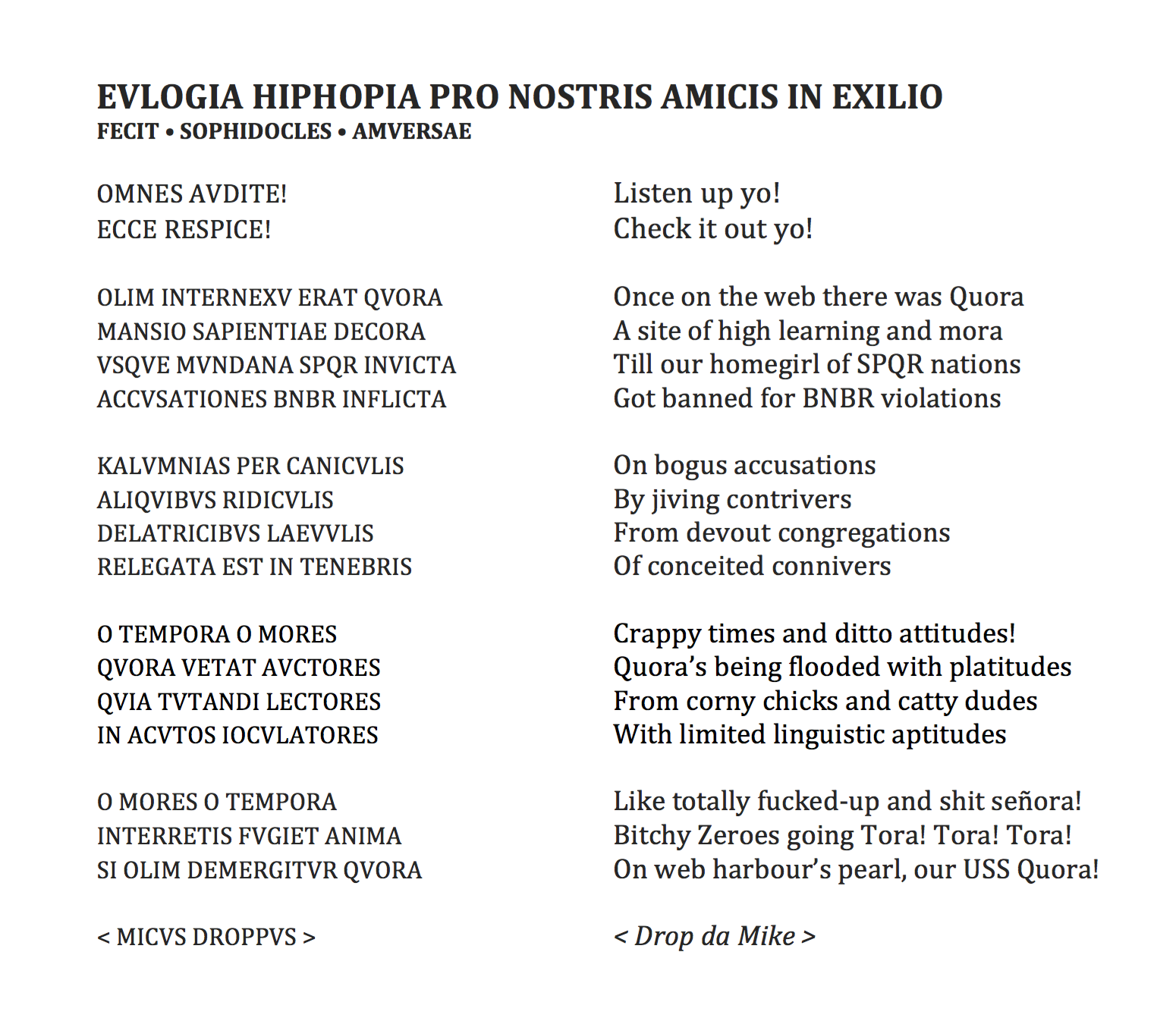 Music came early to me. Soaking up the multiple musical traditions of Greece while living there, from 8–12.

(Or to be more precise, the musical traditions that Greek State TV allowed through. Crete was in by then, but no violins, only lyras, by an ahistorical metric of authenticity—I was living in violin country, and assuming the local fiddler was some sort of interloper. No Ionian islands: barbershop quartets, too Western. No brass: too suspect in their Balkanness.)

And then, when back in Australia, my mum got me a tape of best-of Bach organ music, as played by Helmut Walcha.

She walked past the racket as I was listening, puzzled, entranced. “My fault for buying it”, she winced. Yeah. Her fault indeed.

Music is my literature, music is certainly my art. Music lit was the high school course I got the most enduring learnings out of, scrutinising how those pieces ticked, putting them back together. Berg’s Violin Concerto; Bach’s Christmas Oratorio; Stravinsky’s Symphony of Psalms.

Hence the mandolin; I got turned on to country blues by a blues guitarist and mandolinist (docwhite)—which made me realise that the Piedmont style was my thing, even if the Delta style was all I’d ever heard. My wife got me a mandolin, and I banged away at it a bit; even improvised a few times. But I’m not at the age where I can practice or stick to things much any more. The mandolin gets taken out maybe once a year.

I took to mandolin, because it’s the same tuning as a violin; in fact, my wife got me a mandolin because that’s what I’d idly commented to her during the first show we saw of Doc White’s. And I had played violin. Primary school violin lessons; resumed in high school, though I never got to be all that good at it. I did at least get to play in orchestra once or twice. Useful experience, being part of a band.

I wrote some music in high school too, for what that was worth. I’d gotten the inspiration to. Not the technique to. Certainly not the perseverance to. Ironically, it was only after I finished a doctorate, that I got enough perseverance to finish anything at all. I had a spare year between my PhD and my monograph while stateside; Compositions are the result. No, they’re not that long. No, I didn’t have that much perseverance after all. Yes, I’m happy with them.

… but this comment triggered me, I guess. I have written on this before as an answer.

Well, f**k…the thing is: Wouldn’t it suffice to excell at what one does? With all due modesty: I’m pretty f’ing good at what I do and my professor agrees. Might be a tough nut to crack, but…is it really more of a utopia? How’d all those professors end up where they are? Money and “Beziehungen”? It didn’t have anything to do with them being good at what they do?

Ach, Yasin. My heart breaks that you are halfway through a doctorate, and you’re only now working out about Vitamin B. (For non-Germanophones: Vitamin B = Beziehungen = Contacts.)

When I was doing my PhD, and had worked this out, and was bemoaning it to my relatives in Greece, they sadly nodded their heads. They were in Greece: they knew all about a shortage of positions meaning that contacts take priority over merit.

Let me give you an anecdote. I was out of the PhD 8 years, but still hanging around uni (as an IT guy now). I was mates with a current PhD; German, as it happens. We’d learned that a PhD student who’d just finished was already lined up for a postdoc at Berkeley.

—Who does she know?, I growled to him.

—Nick, I must object! said my German friend most Germanly. X is an excellent scholar!

—And so are you, German friend, and so am I. Who does she know?

I work in IT. I was no worse a scholar. I was worse at having contacts, did not pick my supervisor strategically, and worked in an area that would never get me a job.

Yasin: Publish. Network. Work on fashionable areas. Rinse, repeat. And like Haidar Abboud said: Perseverance. (Which means have alternative sources of income in the meantime.)

And punch your Doktorvater in the face, next time you see him, for allowing you to think that merit alone is going to get you a uni job.

Lots. Your search term is tsitakismos, the Greek name for the affrication of palatal /k/ [c] to [tʃ, tɕ, ts], as exemplified by the pronunciation of /ke/ “and” as /tʃe/ instead of Standard Greek [ce].

Going through the Centre for the Greek Language’s writeup of Modern dialects, and looking for that tsitakismos keyword:

In fact, as I’ve already mentioned in another answer, somewhere, the better questions to ask is: Where does tsitakismos not happen? The answer appears to be the Greek mainland and the Ionian islands, some bits of the Peloponnese and Attica excepted.

Incidentally, Greek dialectologists seem to have only worked out in 1983 (Contossopoulos’ paper) that the real split between Greek dialects is the word for “what”: τι vs ίντα, separating Aegean Islands and Old Athenian from the Mainland. That split corresponds closely to the tsitakismos isοgloss. The three Northern dialect exceptions, for example, are islands.

EDIT: cc Dimitris Almyrantis Philip Newton I’ve just stumbled on this paper from last year by Pantelidis: http://ins.web.auth.gr/images/ME… , which fascinatingly suggests that there are old connections between Old Athenian and Peloponnesian, and concludes that Old Athenian used to be spoken in Eastern Central Greece, which now speaks Northern Greek or Arvanitika. He notes, pp. 307–8, that tsitakismos turns up in bits (bits) of both the Peloponnese and Central Greece, though there is just too little data to work out how old and extensive the phenomenon is.