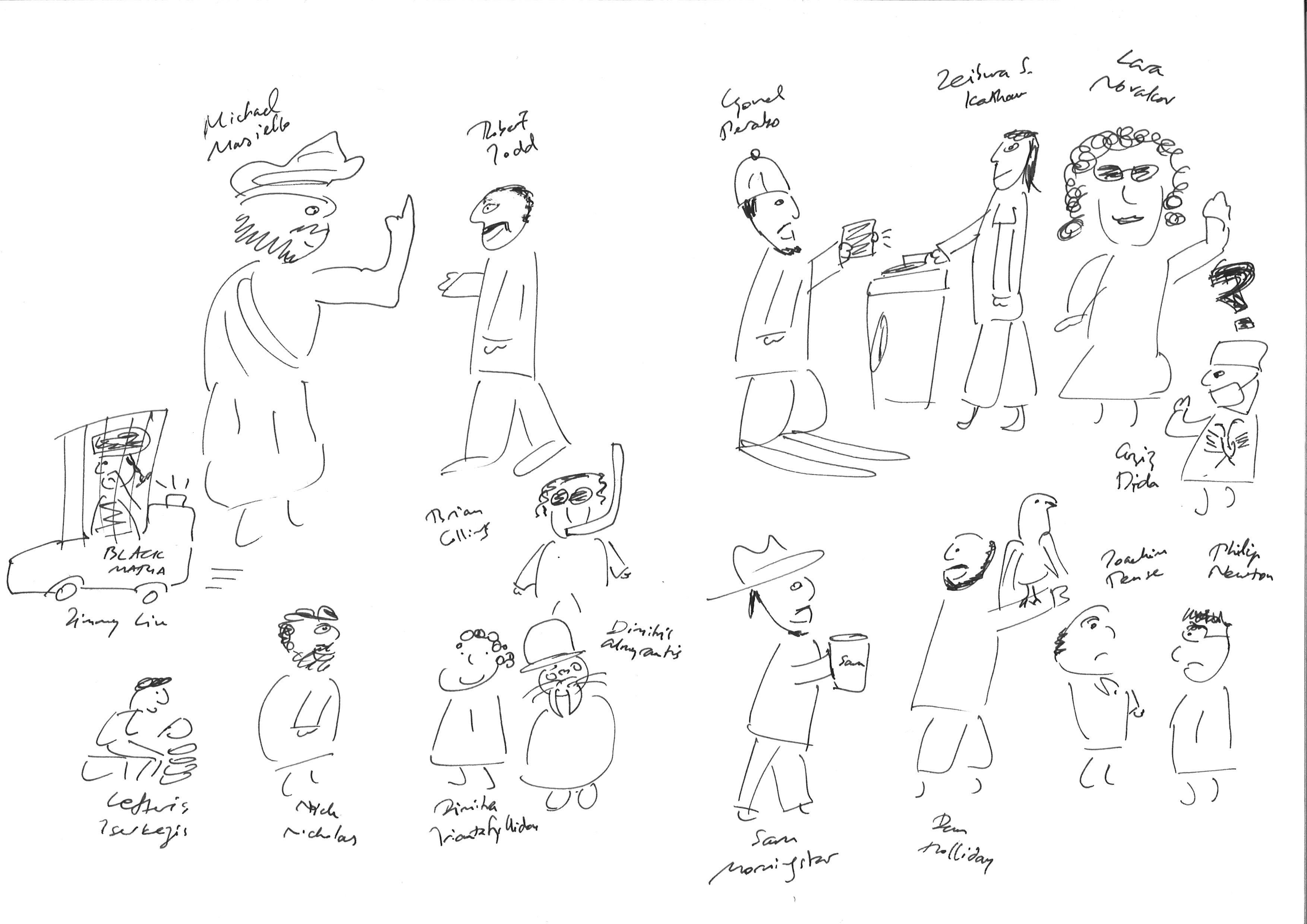 And all those who’ve been omitted because they’ve been relatively silent lately, or that I’m yet to get to know.

No reference needed further than the Wikipedia definition:

words and phrases, such as “me” or “here”, that cannot be fully understood without additional contextual information — in this case, the identity of the speaker (“me”) and the speaker’s location (“here”). Words are deictic if their semantic meaning is fixed but their denotational meaning varies depending on time and/or place. Words or phrases that require contextual information to convey any meaning – for example, English pronouns – are deictic.

then is anaphoric, but it is also deictic: the time that it refers to depends on the time that the speaker is speaking. You could argue that its reference is fixed if it is a historical narrative: “Caesar crossed the Rubicon. Then he began the Roman civil war”—refers to 49 BC whether spoken in 2000 or 2050. But in “I will eat, and then I will go to bed”, the time of the then is quite different depending on when the phrase is spoken, because the clause it references itself has its time anchored on the speaker.

If the deictic centre is not fixed but egocentric, then the expression is deictic, even if it’s primarily anaphoric (as then is). The denotational meaning varies depending on time and/or place.

Can I see a sample of your Greek handwriting?

I could say that I’m capable of writing neater than this, but I’d be lying. Twenty years ago: maybe. 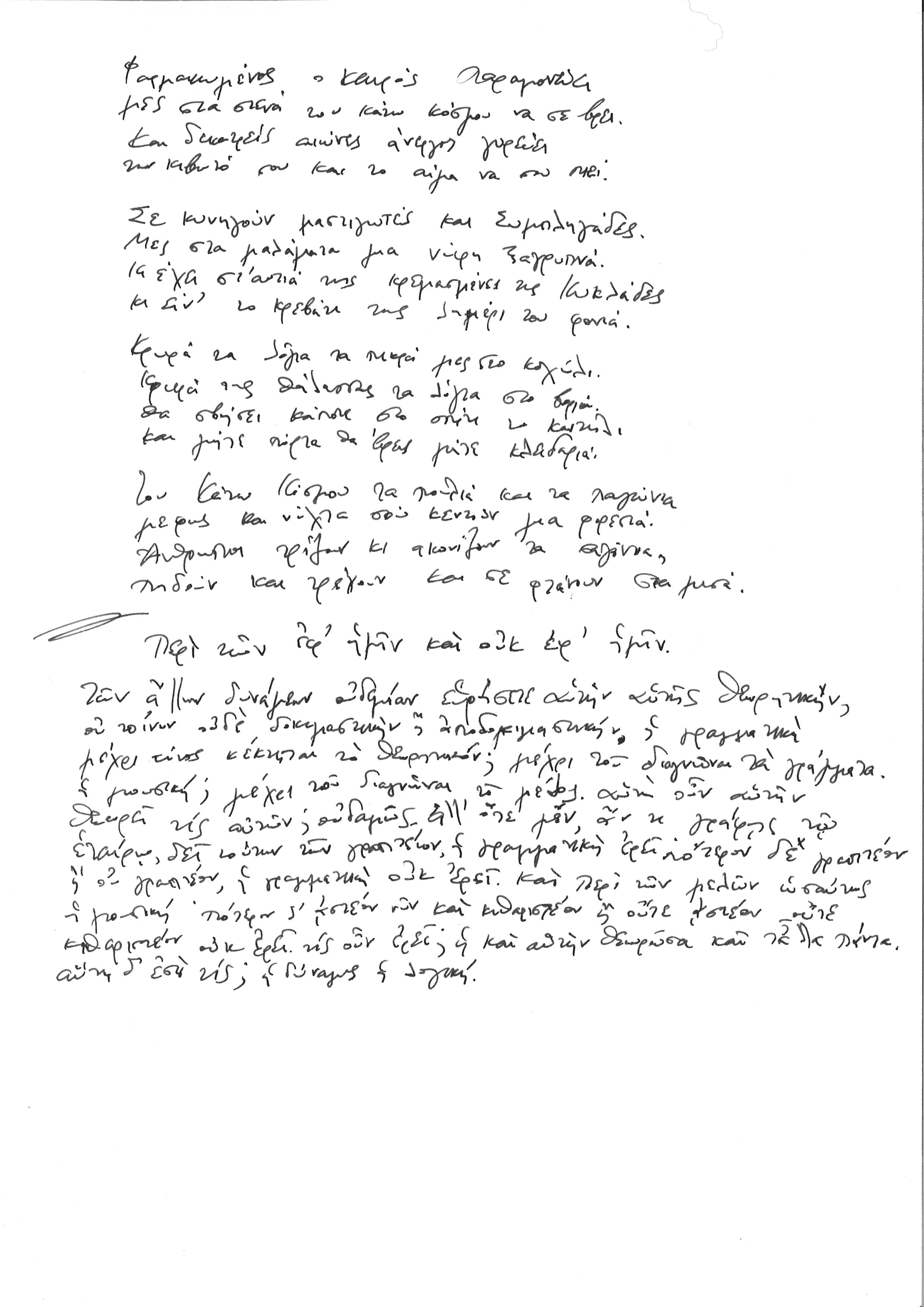 Is it poor etiquette? As delineated by Quora’s purpose for the site, no, because they built that feature in, and because the site keeps insisting that it is a Q&A and not a discussion site.

What do I think? What Ben Sinclair said. It’s people’s right to, but I don’t have to like it, and I don’t. Especially the dismissive “if I wanted a discussion, I’d have gone to Reddit” response that I’ve seen from writers like Ernest W. Adams. He’s a great writer, but if he’s not interested in a two-way exchange on any of his answers—well, I’ve increasingly lost interest in engaging with him one-way. Yes, it’s his right to block comments, and yes, Quora is happy for him to. And it’s my right to view it poorly, and “go hang out on Reddit then” is not a meaningful response to that.

Beyond those, yeah, linguistics.