Don’t know yet. But I note the following with interest.

The Greeks have a sage saying. Οὐκ ἐν τῷ πολλῷ τὸ εὖ. The Good is not to be found in the Many.

To which I say, screw that. Michael, Dimitra, Kelley: you’re on notice. Race ya!

In this episode of Quora Jeopardy!, I find that the source OP is drawing on (Dimitris Sotiropoulos’ answer to Who is the other Hades and which are their family ties?, see comments) does not necessarily lead to the conclusion he is positing.

The source text is an Orphic Hymn attributed to Euripides, and cited in two sources: Clement of Alexandria’s Stromata V 70,2, and Satyrus the Peripatetic’s Life of Euripides, fr. 37 col iii.

Let me cite Clement’s version from the Ante-Nicene Fathers: The Stromata (Clement of Alexandria)

In the most wonderful harmony with these words, Euripides, the philosopher of the drama, is found in the following words—making allusion, I know not how, at once to the Father and the Son:—

To you, the Lord of all, I bring
Cakes and libations too, O Zeus,
Or Hades would you choose be called;
[Ζεὺς εἴθ’ ᾍδης ὀνομαζόμενος στέργεις]
Do accept my offering of all fruits,
Rare, full, poured forth.

For a whole burnt-offering and rare sacrifice for us is Christ. And that unwittingly he mentions the Saviour, he will make plain, as he adds:—

For you who, ‘midst the heavenly gods,
Jove’s sceptre sway’st, dost also share
The rule of those underground with Hades.
[χθονίων θ’ ᾍδῃ μετέχεις ἀρχῆς]

Then he says expressly:—

Send light to human souls that fain would know
Whence conflicts spring, and what the root of ills,
And of the blessed gods to whom due rites
Of sacrifice we needs must pay, that so
We may from troubles find repose.

The poem is addressed to a god who can choose to be called either Zeus or Hades, and who both holds Zeus’ sceptre, and rules over the chthonic souls.

Clement’s conclusion is that the Orphic hymns anticipate Christian theology, with God the Father as Zeus, God the Son as Hades, and the two being conflated as the one Substance. Satyrus thought this reflected Anaxagoras’ cosmology instead. Other historians of religion have thought the Zeus/Hades blend is Plutus, or Zagreus, or Dionysus or some other Other God, whether Orphic or Chthonic. Mantziou herself (too clever by half) thinks that since this is a necromancy, the Other God is the other god involved in necromancies, Hermes.

I’ve made several discoveries about my hometown that came as a surprise to me. They had not exactly been publicised, and they’re embarrassing, so I guess they’re dark secrets. They get progressively darker.

1. Sitia is watched over by the Kazarma fortress, which the Venetians left behind. So you’d assume that Sitia remained a going concern for centuries. 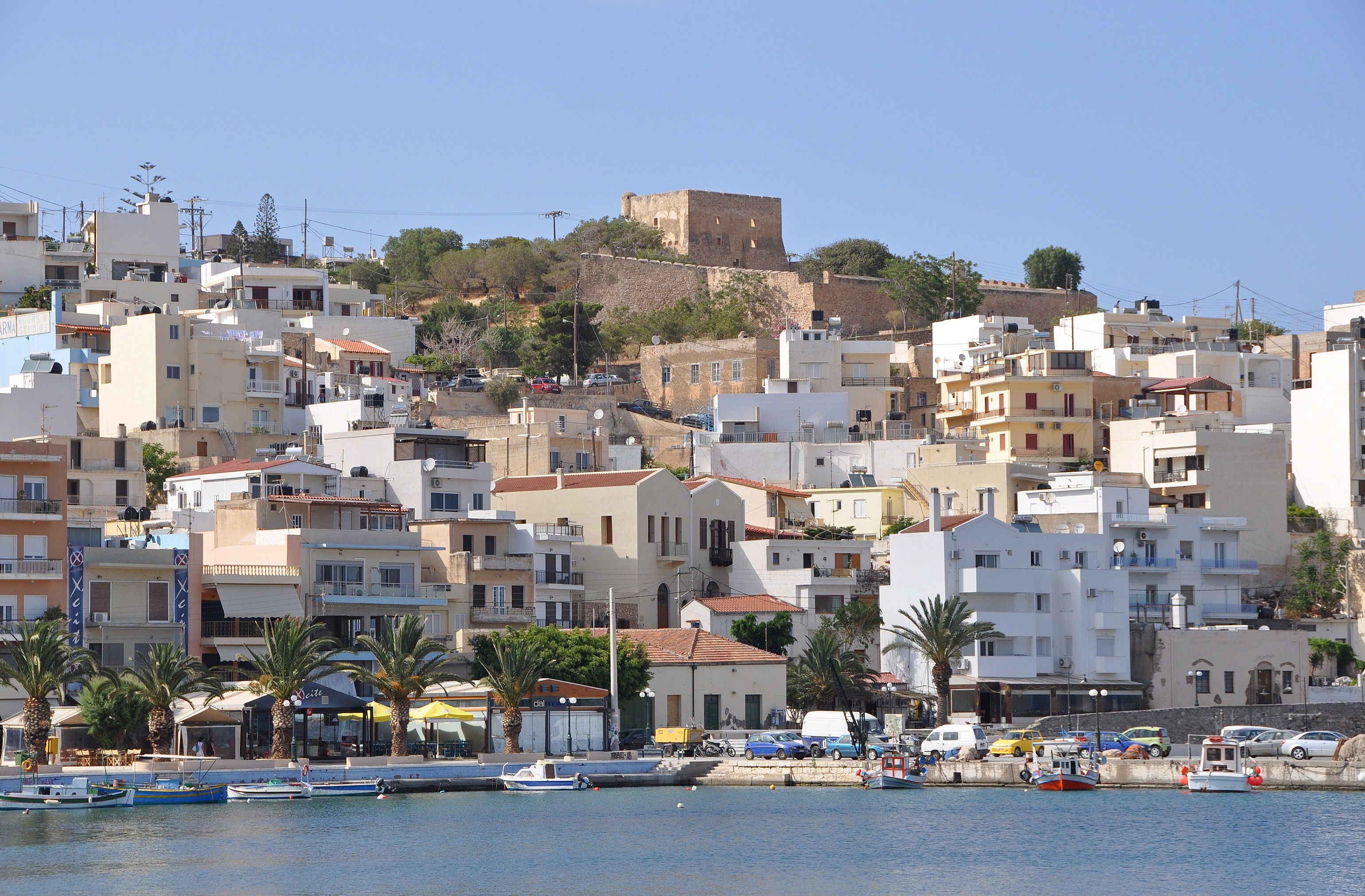 In fact, when you spend more time in Sitia (and more importantly, when you then visit the other three, much bigger main towns of Crete, Iraklio, Hania and Rethymno), you notice that there’s one Venetian building, and no Ottoman buildings. There’s a reason for that: when the Venetians lost the town, there was no Sitia left. The town was abandoned in 1651 (destroyed by the Venetians themselves, Greek Wikipedia tells me), and rebuilt two centuries later, in 1870. By Muslims. Who called it Avinye.

2. There is a couplet that does the rounds of Crete, on the three main towns of Crete.

People from Hania are for weapons, people from Rethymno for learning,
people from Kastro [Iraklio] are for drinking

Now, Sitia may well be a lot smaller than Rethymno, let alone Hania and Iraklio, but it is missing from the couplet. Which is also curiously missing its second rhyme.

No surprise that I never heard how the couplet ends while living in Sitia. As recorded by a 19th century folklorist (Γιατί τους Κρητικούς τους λένε Μανόληδες;), it ends with

And what do you know. It rhymes after all.

3. Remember how I said Sitia was reestablished by Muslims in 1870?

There’s not a lot of mentions in Sitia in the Australian press, searchable at the magnificent Newspapers Home – Trove site from the National Library of Australia (where any random can correct the OCR).

There is however this.

The European consuls at Heraklion have confirmed the report received recently that the Christian insurgents had massacred 400 Moslems at Sitia. Several children of Mahometan families were slashed and wounded by the Christians, and in one case the ears of a child were cut off.

No. Somehow, I never heard of that incident while living in Sitia.

(See Cretan State for the 1897 insurrection, which led to Crete being granted autonomy.)

The weirdest sounds cross-linguistically would have to be those with a different airstream mechanism to the normal, pulmonic egressive mechanism.

The normal pulmonic egressive mechanism is simply making the sounds while breathing out of your lungs.

The lingual ingressive mechanism involves making sounds while sucking in air around your tongue. Those are, of course, clicks.

The two other mechanisms are:

Gillard herself, in her farewell speech, displayed a salutary self-awareness when she said:

There was sexist venom around Gillard’s prime ministership; the instances are known and uncontroversial.

But there was also a true disappointment in Gillard. In how her predecessor, a charismatic leader, was deposed without anyone explaining why. In how an engaged, activist education minister was transformed into a rigid, robotic prime minister. In how an atheist in a de facto relationship resisted marriage equality, rather than showing any leadership. In how her Misogyny Speech energised everyone in the world but politically engaged Australians, who knew the context was the whole sordid mess of the speakership of Peter Slipper.

Has it ruined the prime ministership for women? I don’t think so; it’s been two PMs since in the merry-go-round of Australian Federal politics, it’s already “Julia Who?” But then, I didn’t anticipate the outburst of sexism that hounded Gillard to begin with.

Could Julie Bishop do it? Probably not, loyal deputy too often, although she is one of the few members of the Abbott cabinet that commanded any respect at large. Could Penny Wong or Tanya Plibersek? Maybe. We were in a strange regressive place under Abbott, but a lot of people do want to move on. Which is why Turnbull was greeted as a saviour by everyone but the conservative true believers. (Remember that?)

There’s lots of gendering in language, and people who have studied sociolinguistics more intently than me will be able to offer better examples.

I actually don’t know of instances in Crete that OP has in mind. I do know that in Tsakonia in the 19th century, the palatalised allophone of /r/ appeared to be [r̝], the “Czech r”, for men but not for women.

When there’s a conflict between dialect and the standard language, the tendency for gendered dialect variation can go one of two ways:

The most authoritative answer I’ve seen is not great: hope that someone has created an Answer wiki, enumerating all the answers, and grouping them into sensible subsets that you might want to concentrate on (or at least, in a numbered list, that you can open one answer at a time).

Short of that, scroll all the way to the bottom of the page, keep that page open in a tab, and in God’s name, don’t hit refresh. Which will become difficult if you go offline (e.g. laptop), because Quora’s “Internet disconnected” alert is going to mess up your navigation. Especially once you try to open up each answer.

Or scroll all the way to the bottom of the page, open up every single answer, and as above.

Or scroll all the way to the bottom of the page, open up every single answer, and save the page to disk.

Or find a scraper that Quora has not yet disabled, and be nonchalant about the possibility of violating the Quora Terms Of Service.

Yeah, not a lot of wonderful options, OP.

Hey, don’t blame me for the rhymes of Cypriot Greek.

And so the joke goes around that when the newly arrived Greece Greek tells the Cypriots how much she admires their villas, the embarrassed locals say “we… prefer to use the word επαύλεις here”.

Standard Greek does not. <ch> gets transliterated as /ts/. For example, when I was in Goody’s (the Greek competitor to McDonald’s) and ordered a cheeseburger, my order was relayed as ena tsiz! . You’ll see many Turkish loanwords with /ts/ in them: every single one corresponds to a Turkish <ç>.

On the other hand, many Greek dialects do have a [tʃ] sound, as a palatalised /k/ (which is how the sound originated in English). Confronted with the street name McCutcheon, for example, my mother wrote it down in Greek as <Makakion>. Which, in Cretan dialect, would be pronounced [makatʃon].

Kazantzakis also did something like that in a letter home to his parents from Italy; but I don’t remember what his word was.

I have in my time collected dictionaries, though often it was for utilitarian purposes, so photocopies rather than books.

The one I think of with the most affection is John Sampson (linguist): The dialect of the Gypsies of Wales. It’s uncompromisingly scholarly, from a time when the Roma were considered beneath the notice of decent society. And Sampson himself was a pretty amazing character.

Is it just me, Kelley Spartiatis, or is everyone from Liverpool amazing? 🙂