I have had maybe twenty years of engagement with artificial languages, from 13 through to 34. I’m no longer active in the respective language communities; but they have been a big part of how I have been formed, a big part of such fame as I have, and remain a big part of who I am.

In fact, one of the questions that became more interesting to me, the more I learned about conlangs and language, was where did conlangs get their stylistics from, if they are not subject to normal natural language evolution? (I’d worked out the answer to that eventually, and it was bit less overwhelming than I thought—because I had functionalism in my repertoire by then. Esperanto doesn’t count, because Esperanto was natural enough to get its stylistics from German.)

I got to be a reasonably big fish in Australian Esperanto community. The next big thing, the future promise, the expert in Esperanto culture and literature, the up and coming poet.

I was a bigger thing still in Klingon. After all, I went after the Big Prize—translating Hamlet into Klingon. I forced myself into some humility by ensuring I had a co-translator for it, so I would not lionise the credit. I earned some more humility by working out that I was not the best stylist in the language—Will “charghwI’” Martin was. A useful life lesson, acknowledging that I could be bested. I was not accustomed to it.

I was the biggest fish in the smallest pool, Lojban. The first fluent speaker, the translator churning out stupendous amounts of text, the animating force behind language conservatism, who then upended everything by supporting the reformers—and, then further, by abandoning activity.

The downside to having been a big fish in all of them was the guilt that came with leaving them behind. The bigger a fish I was, the more the guilt: Nick Nicholas’ answer to What is it like to be a kabeinto? What was it like to leave Esperantujo? I just cannot speak to most Lojbanists any more.

But. This sequence is about affirming gains, not my accustomed mourning losses.

I learned from my twenty years.

From Esperanto, I learned poetics, and history, and Mitteleuropa culture, and Central and Eastern European literature, and idealism—and compromise when the idealism doesn’t work out.

From Klingon, I learned stylistics, and translation quirks, and a bit of linguistic typology, and Bible Studies (translating the Gospel of Mark from the original). And humility.

And from all of them, I learned collaboration, and aspiration, and expression, and many flavours of fulfilment. For which I am ever in their debt.

Oh, this was good.

I was in the strange position of having watched the film (SEEN: Apocalypse Now Redux) before the novella. So instead of finding the references from the film to the book, I was going the other way: “Oh! So the Russian is the Photo-Journalist! And the essay is the MA thesis!”

But, yes, this was good. I am all about style in prose, and this had style. This had good style, not caught up in its own cleverness, not self-conscious, but advancing the mood and the narrative, and innovative and unconventional where it needed to be. Striking images, varied tone, good use of 10 dollar words where they would be most effective.

And yet, it wasn’t just style. It was a narrative, breath-taking in its scope and philosophy—all the greater because there wasn’t that much “action”. (And the action was amazing when it happened.) By the end, I wasn’t even noticing the style, the narrative was so well oiled.

In some other ways, of course, Heart of Darkness is very much about King Leopold’s exploitation of the Congo. And yes, the blacks in the story are not individuated, and are caricatured, and are incomprehensible stand-ins for the Darkness. But the “pilgrims” are not less caricatured, and hardly any more individuated. And the narrator knows quite well how corrupt his enterprise is—and Kurtz recants on his own pious cant, horribly.

Sometimes, I hear a piece of music, which isn’t in my favourite style, but is in the style that I think should have prevailed. I’ve gotten that feeling about Reger, for example. (Don’t ask.)

Well, this is what prose should always have been like.

It’ll be interesting to read the companion short story Youth by Conrad, which I presume will have the same style, but more derring-do and less existentialism—and see if it has the same impact on me.

I think I’m more enthusiastic about questions that catch my interest, but I am more diligent about reducing my in-queue of A2A questions, which make me panic.

Looking at my last 100 answers (and thank God I have not been cursed yet with the lightbox):

Who are the Quora users with the most followers from each country?

I’m using Nick Nicholas’ answer to Can you name a few famous/representable Quorans from each country? as a starting point, but I’d like for us to keep updating this in the Answer wiki.

There are definitely users more popular from their countries than the ones towards the end; please contribute!

Quora, style guide? I so wouldn’t want it to impose one.

Quora is a US site, but its user base is international. The sensible rule for international writing in English is to allow either Commonwealth or US usage, but for any one piece of writing to be internally consistent.

So I don’t think it necessary that you should adjust to the US convention, just because all the astronomers use US usage. Commonwealth usage is fine.

But if you’re writing in English, conventions not used in the Anglosphere *are* unnecessarily confusing.

So, to the question at hand: I would avoid the decimal comma as not being compatible with the Anglosphere: US, UK, AU all use decimal point. I note in your link that Canada uses the decimal comma, but Decimal mark explains that is only Canadian French, not Canadian English.

When writing English, use the style conventions of an English-speaking country, in my opinion.

Cypriot nationalism, also known as Cypriotism, refers to one of the nationalisms of Cyprus, a shared identity of Greek Cypriots and Turkish Cypriots highlighting shared economic, political and social rights. Cypriot nationalism supports the reunification of Cyprus under a federation and the end of foreign interference (by Greece, Turkey and the United Kingdom).

If you’re asking whether Cypriot Nationalism has any potency as a force driving the reunification of Cyprus: my impression is, non-zero, but not much. But I don’t live there.

This is my worst of the suite. And in my own back yard. Shameful. 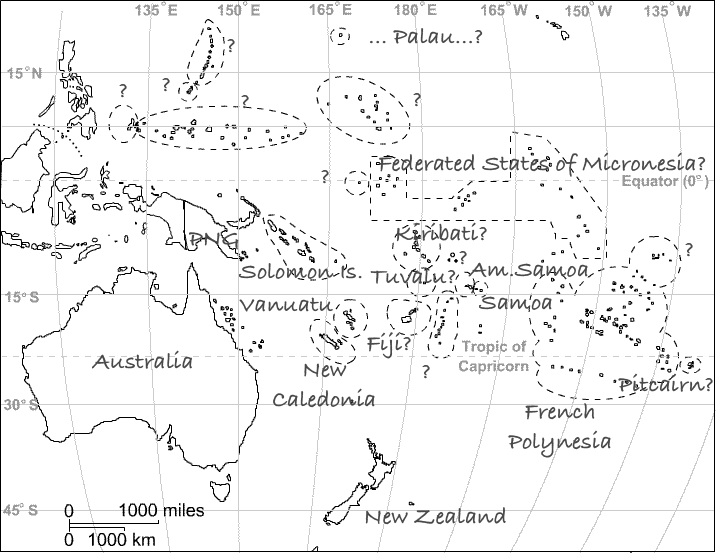 So what, if anything, did I get right?

What did I miss?

And what did I swap? 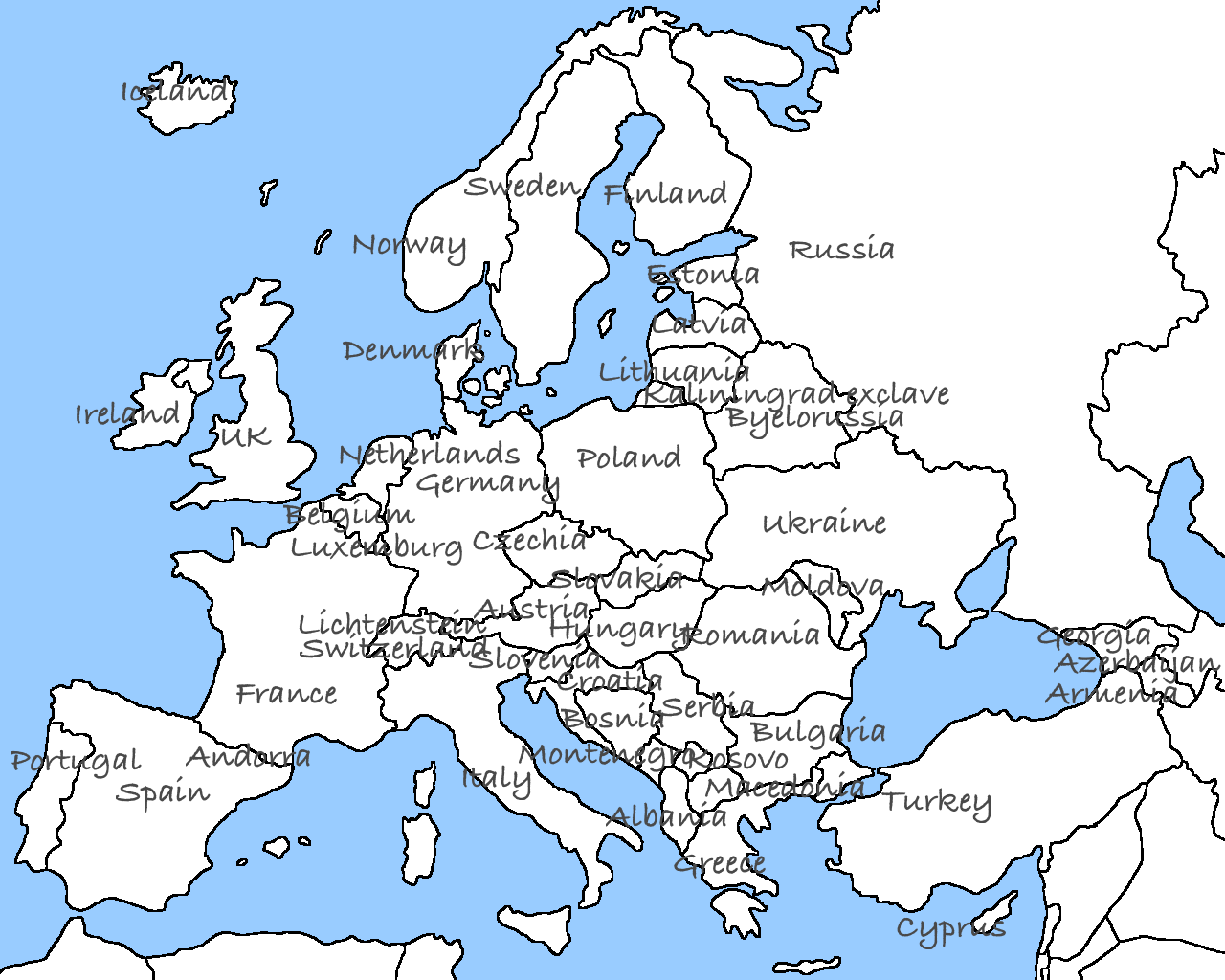 To my acute surprise, I have:

I already talked about why I ask questions in Nick Nicholas’ answer to As a Quoran with a reputation for your answers, which of your questions do you wish attracted more answers?

There are people on Quora who seek information, but well… even if Quora says that’s a purpose of Quora, that’s not how I use it, and I suspect that’s not how a lot of voluminous writers use it.

The questions I ask are usually either followups of discussions I’ve had (in which case they’re targetted—sometimes at myself—and will likely get an answer); or they are questions that arise out of discussions or answers, that I throw out there just in case, but am not really hanging out for answers to.