An update in the listing of my favourite people on Quora since November: 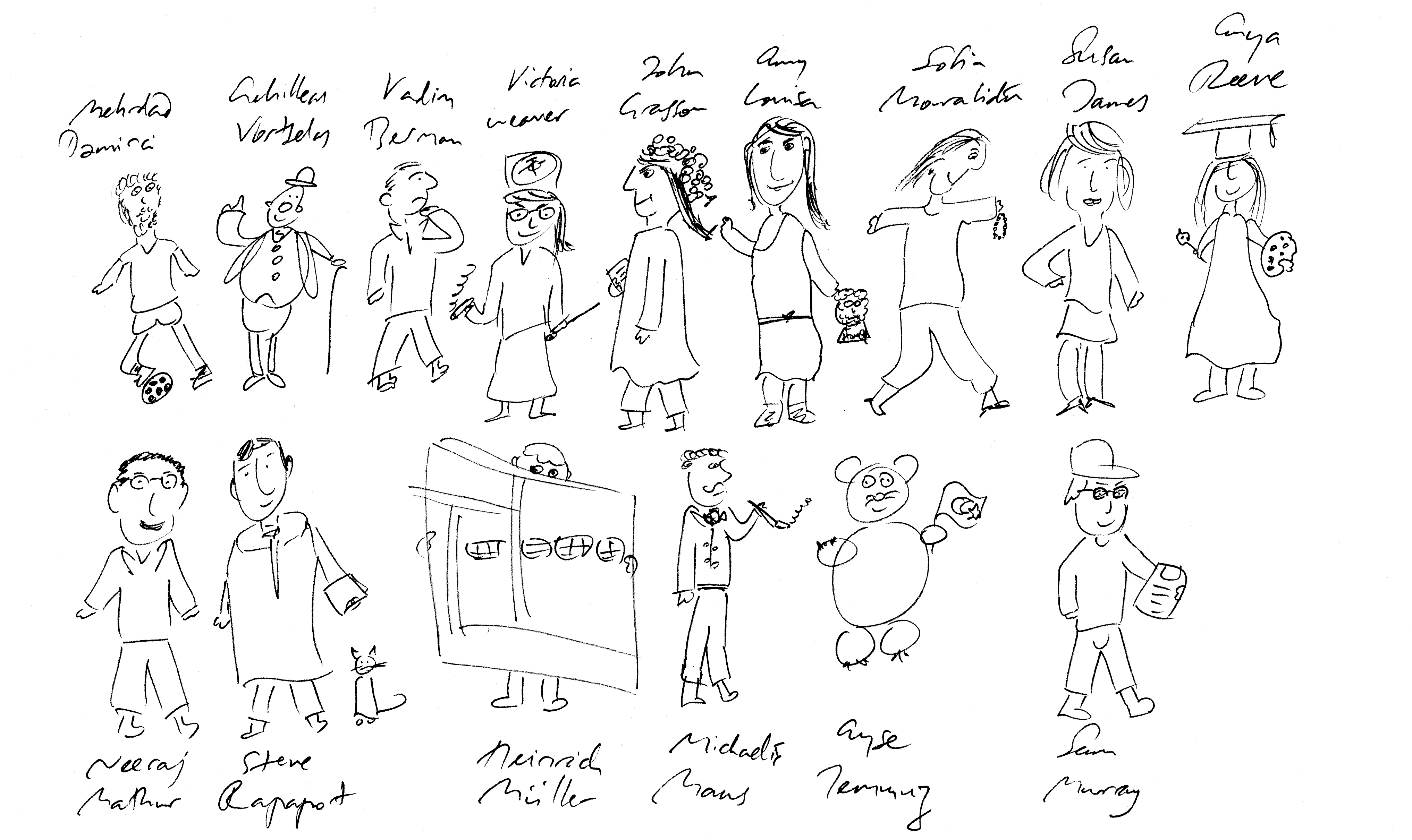 So. I’m going to take a scientific approach to this question.

I am going to take my own personal TW awards: people who have featured in my “I love youse all” series:

I am going to apply rigorous criteria: good Quora citizenship, notability of at least 100 followers (same criterion as for Necrologue), good and expansive contributions as answerer, I’ve seen a reasonable amount of their stuff (which means reasonably large number of answers, at least 500, in feeds I have not muted).

(Yes, there are several omissions following those criteria that have pained me.)

I’ll then prune it subjectively, so it doesn’t end up being 50 users long. I’m having a devil of a time limiting it to 20 users. And I can’t limit it further. Good thing I’m not the one handing these out; it’s a wrenching thing to rank your friends and those you admire.

I come up with:

Since 8 people have already been kind enough on this thread to say I Woz Robbed, let me arrogate the opportunity to say a few words in acknowledgement.

User said the following in a comment elsewhere in this thread. It is bound up in her own narrative and not mine, so I won’t claim it as mine. But it is such a great truth, that it deserves to be seen:

[…] …so here I am on Quora and people listen and value what I have to say. Compared to what I had last year I AM A TOP WRITER…and having someone like you Kate tell me you value me enough to be with other people on this list..oh yeah I feel like a TOP WRITER…beleive me..I’m not crying about it..

Or, as I put it on the day to Audrey Ackerman, who has earned her quill, richly—and who was one of those who said they were upset at me not getting a quill:

I won’t lie, I felt a pang, but I have no intent of letting that get to me. You deserve it. I deserve it too, whether I get it next batch or not.

Souvlaki – Wikipedia lists the variation of Souvlaki within Greece and Cyprus. Gyro (food) – Wikipedia speaks to gyros, which is the Greek evolution of the Doner kebab – Wikipedia.

In Greece, Souvlaki properly is a skewer of meat, typically pork, and often served in pita. Gyros, which involves shaved rotisserie meat (again, typically pork) is distinct from souvlaki. Either are served in small pita bread wraps, with mustard, salad, and fries. 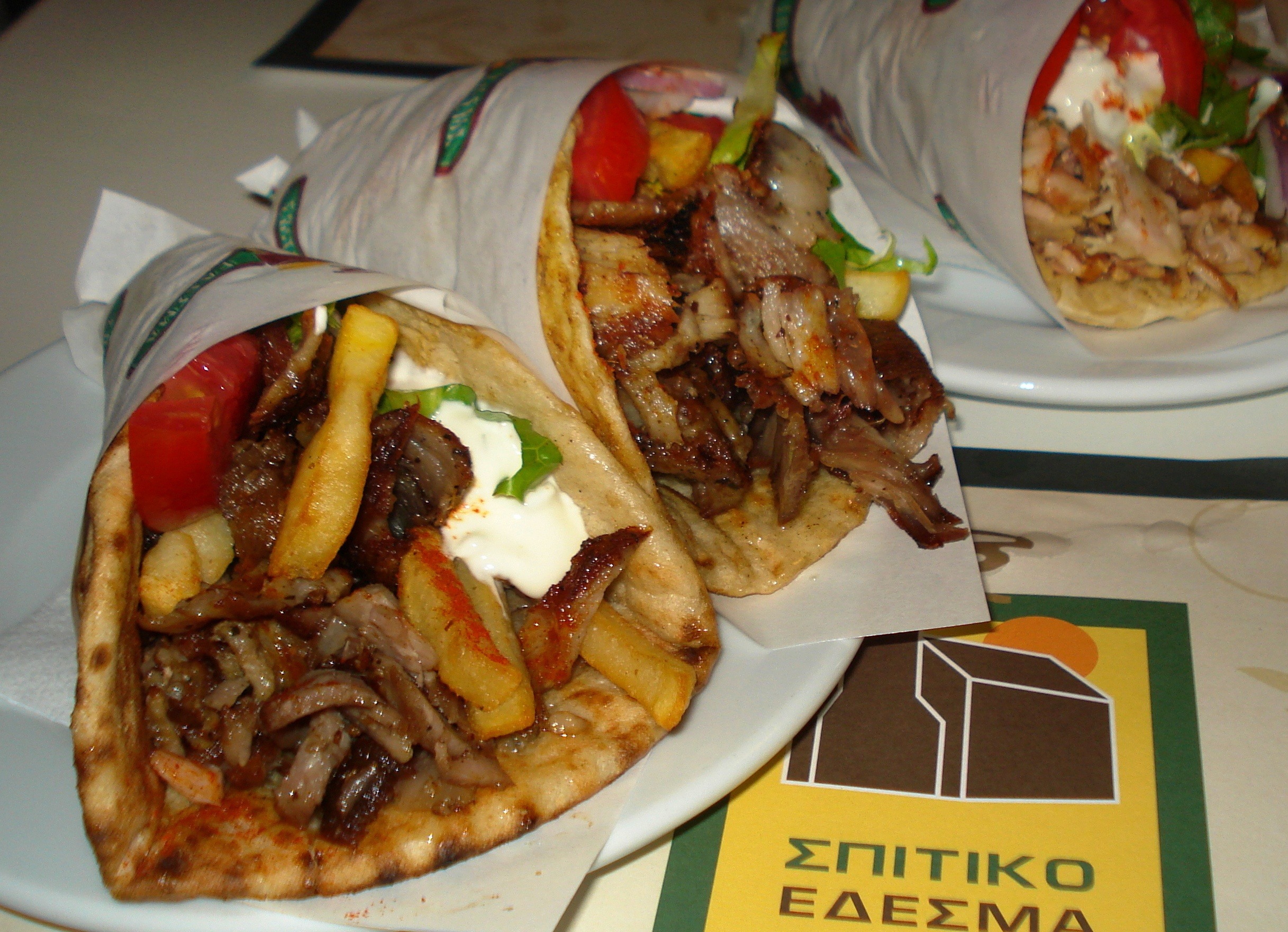 The Cypriot version involves a pita pocket two or three times the size, tomatoes, cucumbers and cabbage, and often parsley and onion. 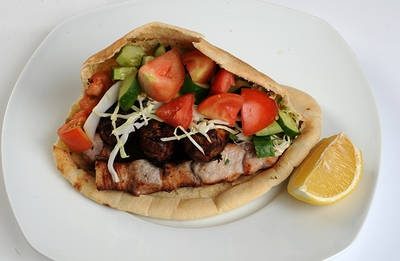 The Australian version diverged early, and it’s a gyros, not a skewer: you will see gyros (or yeeros) as a name as well, but souvlaki is the usual name here. (Often enough pronounced souvalaki, and more recently, as would happen with any Australian slang word, souva). Now that there is a new wave of migration of Greeks to Australia, Greek-style souvlakis are popping up as a contrast to Greek-Australian Souvlakis. 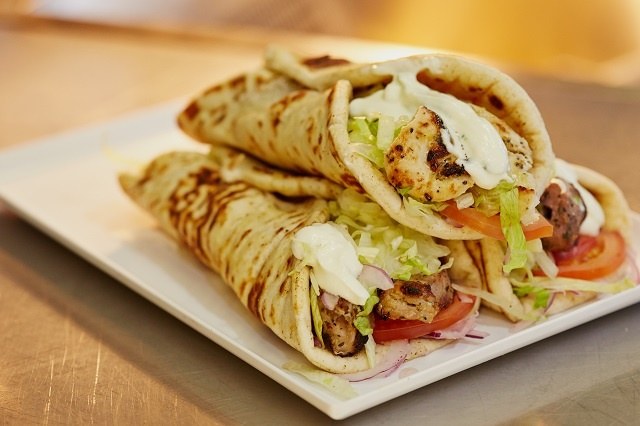 The gyros is traditionally lamb, and pork is unheard of. Chicken is the alternative meat in both Greece and Australia. The pita is twice the size. Tzatziki instead of mustard, salad, and no fries.

… Achilleas, why do you ask? What is there for me to add to the foregoing explanations?

That is what Mark Harrison said, btw 🙂