The reasons for the striking irregularities of the copula verb in Indo-European are addressed in Did the present indicative forms of the Latin verb “esse” evolve from two different roots? As those answers show, the Proto-Indo-European verb was in fact almost regular.

But there is a broader question of why the copula in particular is persistently irregular cross-linguistically. That has to do with the fact that it is the most frequent and the least contentful verb in a language.

Because it is underspecified, it attracts more suppletion, such as can be seen in the merger of be and was in English. Because it is so frequent, it is subject to much more phonological pressure towards ease of pronunciation and erosion. And because it has such a core function, language learners use it as a fixed set of given words, seared into their brains, and they resist any effort within the system to regularise it. That is why irregularities persist only in very frequent nouns and verbs.

When we Greeks were building Parthenons, you barbarians were still eating acorns. (Repeat ad lib)

Nick Nicholas’ answer to If your country had a slogan what it would be?

… Yeah yeah yeah. You can have 10 gajillion more acorns, if you fire 100 bazillion more chipmunks…

I have already posted Nick Nicholas’ answer to What does your Greek handwriting look like?

There was a time long ago when I could write legibly. No longer.

In tribute to Ollie Bendon, via A spelling reform proposal I was rather fond of by Zeibura S. Kathau on Csak lét, I wrote a quick and then a half-heartedly neatish version. 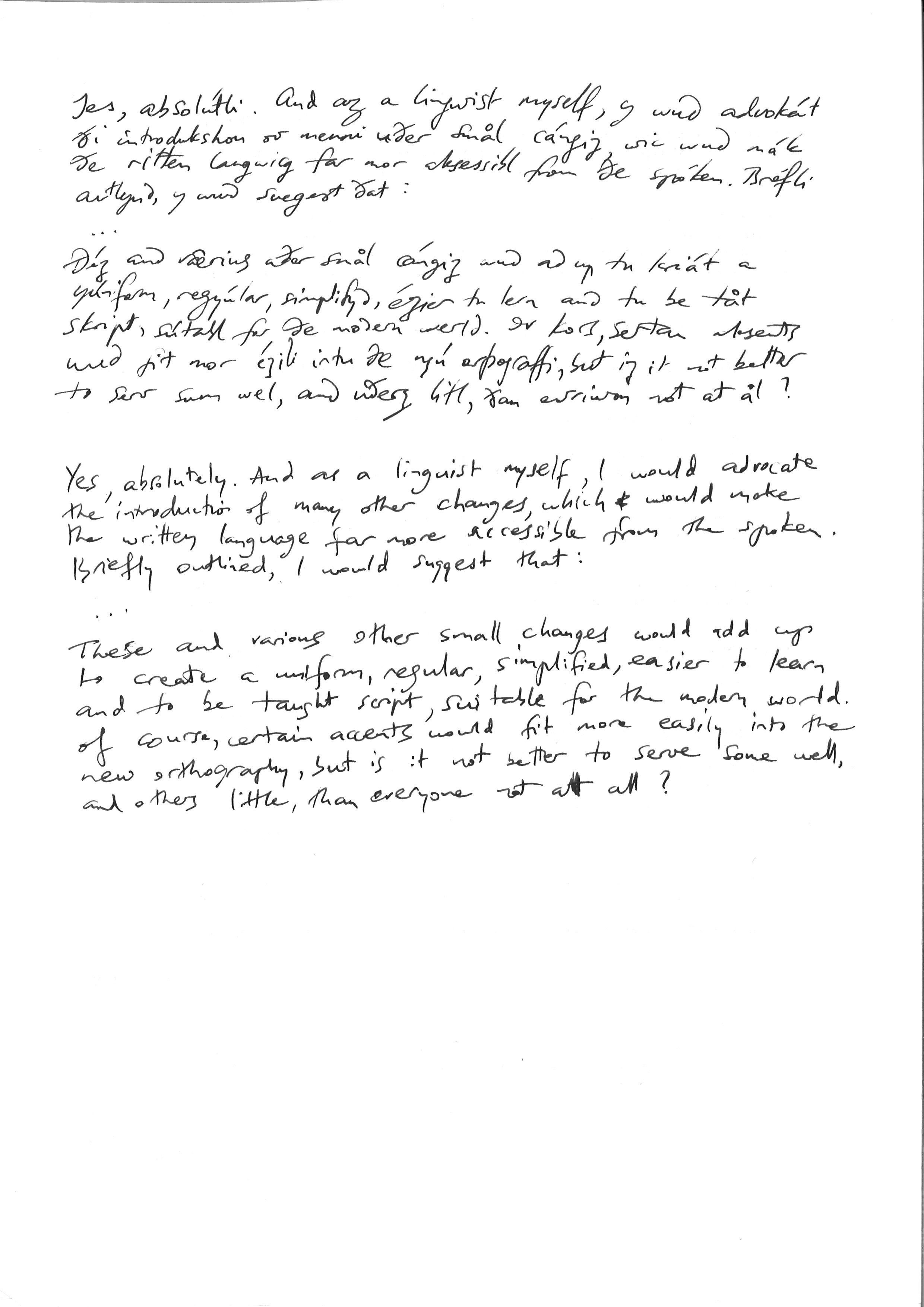 And, much worse, these are some notes I took at work today. 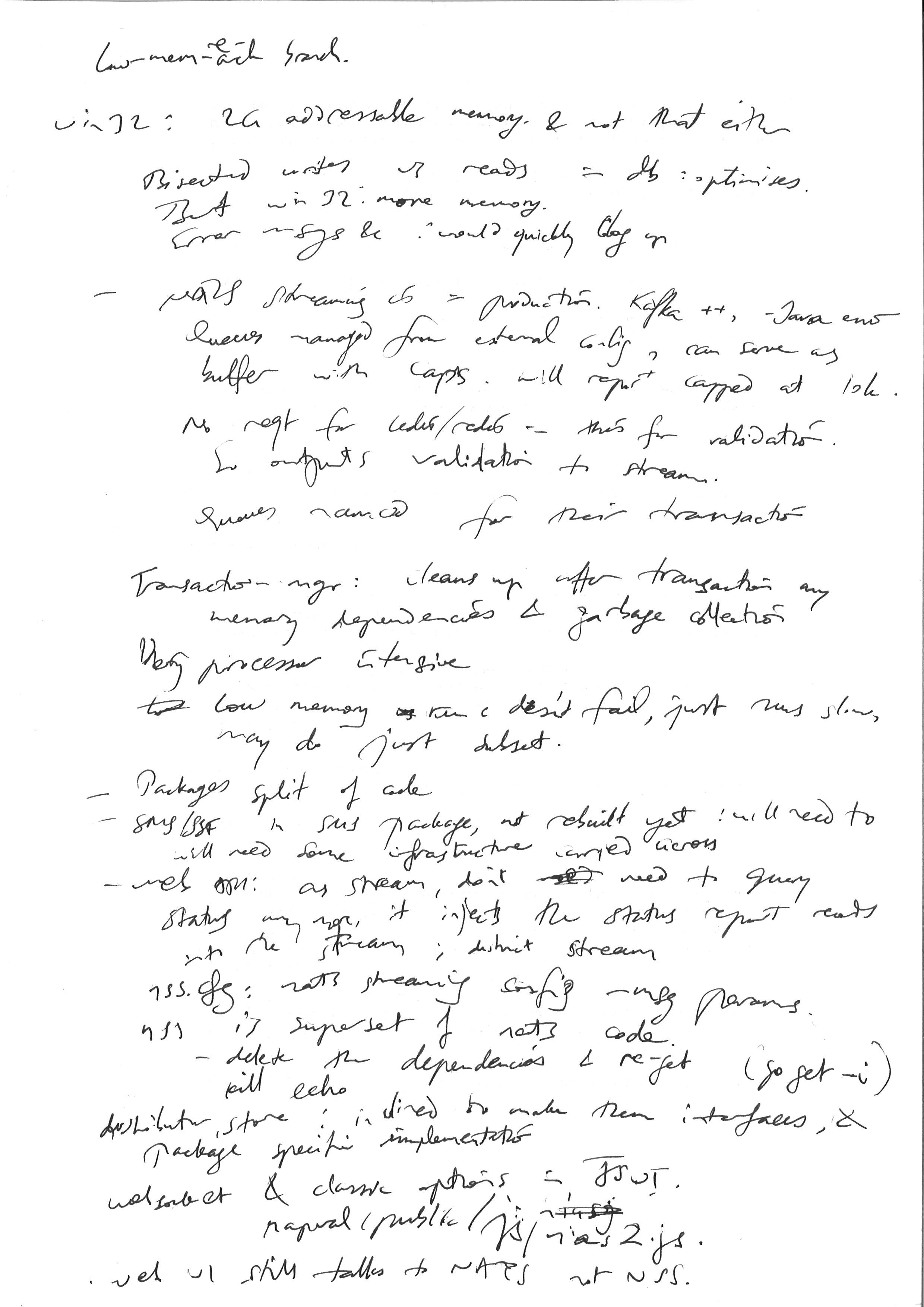 My nib on my pen is playing up, but that really isn’t going to cut it as an excuse, is it…

Vote #1 Danya Rose, who as far as I know has the right answer.

Danya Rose’s answer to What does “copped a serve” mean and what is the origin of the expression?

To my astonishment, OED does not have the phrase. It does have related phrases under cop, v. 3: “to capture, catch, lay hold of”:

However, under serve, n. 2 we do find the almost identical phase to give (someone) a serve: “to deal roughly wit; to criticize or reprimand sharply”, described as Australian slang. The noun is derived from to serve, and there are three definitions given: “service, adoration” (Middle English); tennis service; and “a serving or helping of food” (“3 serves of the bacon”).

I don’t know enough about tennis to know why cop a serve wouldn’t be referencing tennis. OED does strongly suggest that’s the only way to interpret it..

There was a bit of merriment when George W Bush used the word.

I actually don’t know whether Greeks in Greece know about the oddity of “Grecian”. My take, as someone bicultural: it’s not offensive, it’s just archaic; so seeing it in live use is puzzling. Because it’s archaic, I’m led to wonder whether I’m being exoticised into a box with Mine Ancient Ancestors and Urns—or whether the speaker just plain doesn’t know that it’s archaic English, which is why W was mocked for it.

There are, of course, contexts where Grecian is entirely appropriate to use. Such as my parody of Henry Higgins, in what at least one of my friends here has termed my best answer ever:

Nick Nicholas’ answer to What is it called when you get aroused by watching people die?