Nick Nicholas’ answer to Has Quora started getting rid of profile biographies after banning users?

I don’t post much here any more; it’s hard for me to get worked up about the missteps and the fumbles and the capriciousness. Plus, I’m endeavouring to be constructive in my criticisms. I have, after all, as Ari Fleischer once said, been “noted in the building”.

But I don’t want to hear about no “ooh, we respect banned users’ privacy” or “ooh, we want this to be a constructive site”. This is a straight out deprivation of natural justice.

The profile, as anyone edit-blocked knows, is the only means you have left to communicate when you’re banhammered. The profile is where the banned get to leave their farewells to the community. A farewell they have often earned. A farewell their peers often are entitled to.

And this has now been stripped of them.

I may delete this answer, but to help out Ella González, I’d like to clarify what Tatiana’s post that Ella mentioned was all about. I do not think there is a direct relation between that and the blog being deleted.

Tatiana at Christmas time declared the annual truce on RAQ, inviting people to say what they liked about Quora. Tatiana added that she was concerned this past year, that people were starting to say they loathed Quora, or individual staff, or even her.

Tatiana’s more recent post was that she was concerned that a group of people, and one person in particular as the ringleader of that group, were not just criticising Quora in general, but making ad hominem attacks, @-mentioning and complaining against individual Quora staff. That was making it personal, she added, and those people were no longer welcome on the blog.

And she ended by saying that she was very worried that everyone else would take that to mean that they weren’t welcome on the blog either, and that this would mean noone would have the courage to post on the blog any more either.

I will not name any names, but I know who the purported ringleader is, and so does he. He does do what Tatiana says he does. He’d noticed some deletion activity around his RAQ posts days before, so he knew what was afoot. When the post was made, he commented to say that he acknowledged Tatiana’s request, and unsubscribed from the blog.

I also commented to the post, saying that I noted her point, and that I would never piss on the carpet in the blog that is Tatiana’s house.

I said that, because I have also said publicly that I am in sympathy with said ringleader. I do not choose to do what he does, but I do choose to be vocal about things I think are wrong, and to say I am not a fan of how Quora is managed.

Nothing in her post indicated that Tatiana was considering pulling the plug on the blog. And since the gripes kept coming in after it, nothing visibly corroborated her fear that her post had led to a chilling effect on the blog.

So whatever happened to RAQ, I believe that the post (by itself) wasn’t it.

The explanation behind this is tied up with the bizarre history of the Traditional English pronunciation of Latin. I didn’t find an explicit explanation of what happened with species, and in fact the rules in that Wikipedia page took me in a slightly different direction to where I hoped to go.

But here goes. I apologise for fauxnetics in the following.

There are two rules at play here.

Now. If Rule number 1 gets applied to species before Rule 2, you get:

If Rule number 2 gets applied to species before Rule 1, you get;

So there’s a timing conflict: if both rules were happening at the same time, it’s a matter of which rule got there first. And both pronunciations survived, because some speakers (or rather, some schools) applied one rule first to species, and other speakers (schools) applied the other rule first.

This kind of conflict btw is routine in historical linguistics; we refer to feeding vs bleeding rules (where a rule gets preempted by another rule).

Now, to me, spee-seez is a more posh pronunciation than spee-sheez. I don’t see an explanation for that here. I see something related in the pronunciation of ratio as ray-shyoe rather than ray-shoe: the -y- was put back in to reflect the spelling, as a hypercorrection. But if anything, that would suspect that spee-syeez > spee-sheez was the academic pronunciation, which doesn’t sound right to me.

I have asked some OPs. It isn’t just tattoos, but it is mostly emblematic use. Mottos, gifts, that kind of thing. It’s not homework, or some guys at the Vatican stuck translating an encyclical.

And that’s cool. I appreciate the interest, and when I do answer questions like that, I make a point of trying to make it sound good.

More ancient Greek would be nice, though.

I can only answer with what I know: 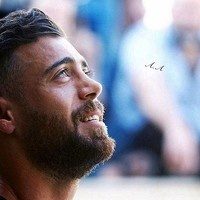 Lock up your daughters.

My colleague Scott Welch has been undertaking some empirical research on this subject during his edit block. (Or should we say, his extended study leave from Quora?)

These are his findings to date:

That’s what I have discovered so far.

Do you mean, Rage against Quora, which has just been deleted?

It was good while it lasted. The rest is speculation.

My experience in studying Elec Eng at Melbourne as an undergrad was 25 years ago, so it would be monstrously unfair of me to answer this question.

I’ll do it anyway.

See how my bio says “former Sessional Lecturer at University of Melbourne”? That was in Linguistics, not Elec Eng. 🙂

That’s on me: I enrolled in Science/Engineering because it had the highest entrance score in the state and because I liked maths, not because I tinkered with a soldering iron. (I actually did get some electronic kits back in the day, but they didn’t maintain my interest.)

But still: Melbourne when I went through was utterly theoretical—and not even Good theoretical; it was much more “shut up and learn the formula” than not. They didn’t push practical anything particularly. Everyone knew that RMIT was where you got that kind of exposure, and that RMIT had the real industry links.

Of course, I got my degree in the middle of the Keating recession, and there weren’t a whole lot of jobs about in Australia in Elec Eng. But almost every one of my peers ended up a programmer instead. Which was the Science bit of their Science/Engineering degree.

Literal translation—and for a change, I’m ok with that:

Since Rage Against Quora has just been deleted, it will be difficult for this question to be answered.