In addition to the answers from Elke Weiss and Niko Vasileas, note the wrinkle thrown up by Sheol: there is some evidence that Sheol is anthropomorphic in the Hebrew Scriptures, with a womb, a hand, and a mouth.

So Sheol corresponds to the House of Hades, the place (as indeed is the Christian usage of Hades: Christian views on Hades). But the Septuagint translators might have had motivation to map Sheol to Hades himself.

English has a spelling system insane enough to be quite comfortable with pronunciation ambiguity (the more English historical phonology I learn, the more annoyed I get about it). And diacritics have never taken off in English. So the move to avoid diaereses within English, in general, makes sense: Diaeresis (diacritic).

But that’s one language community’s decision. It’s also why Pinyin users aren’t too fussed about <ü>. German does not think the same way about <ü>; and many languages value lack of ambiguity over avoiding diacritics. They don’t want to have to think about how the word is pronounced; if you have to think, you might as well use ideograms.

That’s the general principles. In the 19th century, English was friendlier towards diacritics; hence the profusion of graves like learnèd and diaereses like naïve.

Why does the New Yorker persist in the 21st century, against the global trend in English orthography?

I give you: the New Yorker logo. 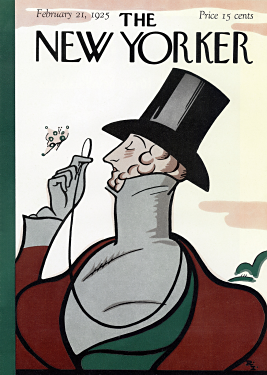 It’s a consciously old-fashioned affectation. Of the kind that the New Yorker hopes its readers will find cute.

The bot has a fairly rudimentary understanding of grammar, and will ding questions even for things like apposition.

I have plenty of issues with Quora moderation, but dinging you for grammar is not really Quora moderation’s style; Occam’s Razor dictates that it’s the bot. Try dumbing down the syntax of the question, and refer to

What should I do if Quora marks my question as “Needs Improvement”?

Also, seek advice from the helpful folks at

It’s a fascinating question, and I don’t know that there is an existing word.

Partly, that’s sexism, and partly, that’s the bias of historical linguistics in explaining derivation: Martina is the “feminine variant” or “feminisation” of Martin, and it doesn’t occur to people to describe the relationship of Martin back to Martina. In the rare instances where a masculine name is derived from a feminine (Catarino < Caterina is the only one that occurs to me), I still think noone has bothered to describe the pair Caterina, Catarino as anything.

Zeibura S. Kathau, I miss having the kinds of pub conversations you’re having.

I like Uri Segal’s zeugonym, and Audrey Ackerman’s didymonym. (Haven’t seen you in my feed in a while, Audrey, but that’s because I’ve muted Game of Thrones 🙂

Heterophylonym “other gender” is the pedantic answer, but it’s too long. Heteronym is already taken; how about phylonym “gender name”? (Phylon is both “tribe”, hence phylum, and “gender”.) There seems to be only very little usage of phylonym in the sense of “phylum”.

Genos has a similar ambiguity between “generation” and “gender”, and to my surprise genonym is already defined to mean a generational name: An Alphabetical Guide to the Language of Name Studies.

There is a gender-neutral word for sibling in Modern Greek, αδέρφι /aðerfi/, derived from the Ancient neuter diminutive ἀδέλφιον /adelpʰion/. But that word is first attested in the second century AD. So Chad’s answer stands.