I’m all about the style in literature.

When I was an early teen, I read all the Isaac Asimov I could. Sci-fi and Science. And there was a lot.

By my late teens, I discovered stylistics.

And I realised that Asimov could not write.

Oh, he could come up with great ideas; on occasion, even plots. But there was no beauty to his prose. I haven’t forgiven him for that.

The Diadochi (/daɪˈædəkaɪ/; plural of Latin Diadochus, from Greek: Διάδοχοι, Diádokhoi, “successors”) were the rival generals, families and friends of Alexander the Great who fought for control over his empire after his death in 323 BC. The Wars of the Diadochi mark the beginning of the Hellenistic period.

Due to the influence of the Prophecy of the Book of Daniel, chapter 8, many Christian commentaries state that there were only four primary diadochi. In truth, however, there were at least five primary dynasts throughout this period: Lysimachus [Thrace], Cassander [Macedon], Ptolemy [Egypt], Seleucus [Persia], and Antigonus Monophthalmus [Asia Minor]. 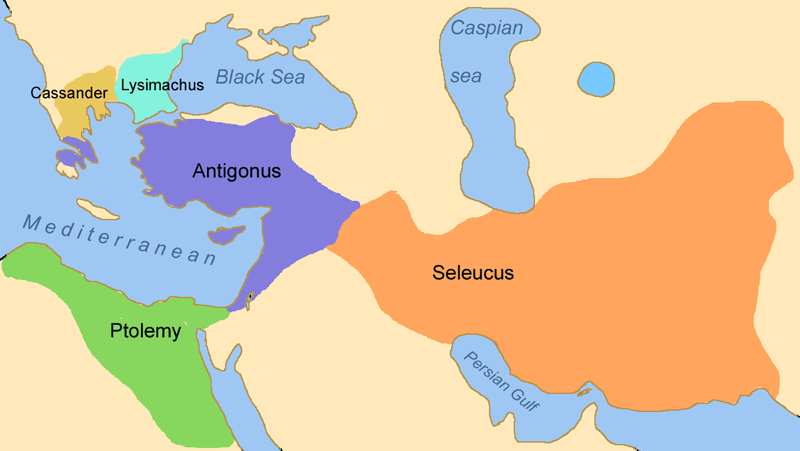 After the Battle of Ipsus [301 BC], Antigonus was killed, but his son Demetrius took a large part of Macedonia and continued his father’s dynasty. Never during this period did only four diadochi control Alexander’s former dominion. After the death of Cassander and Lysimachus, following one another in fairly rapid succession, the Ptolemies [Egypt] and Seleucids [Syria] controlled the vast majority of Alexander’s former empire, with a much smaller segment controlled by the Antigonid dynasty [Macedon] until the first century.

It was one of four dynasties established by Alexander’s successors, the others being the Seleucid dynasty, Ptolemaic dynasty and Attalid dynasty.

The Attalid dynasty (/ˈætəlᵻd/; Greek: Δυναστεία των Ατταλιδών) was a Hellenistic dynasty that ruled the city of Pergamon after the death of Lysimachus, a general of Alexander the Great. The Attalid kingdom was the rump state left after the collapse of the Lysimachian Empire.

So, in the free-for-all after Alexander died, there were not really four successor states. There were a dozen-odd, then five, then three: Macedon, the Ptolemaic Empire, the Seleucid Empire. And maybe you can count Pergamon as a fourth.

If you do, though, wouldn’t you also count Epirus as a fifth? And what about the Pontus, and Galatia, and Cappadocia? The Greco-Bactrians? The Indo-Greeks?

So… lemme get this straight. A guy who was worked for Google Translate is A2A’ing someone who did a couple of graduate courses on Machine Translation 20 years ago?

Once again, Adam, you flatter me.

We agree, and I defer to your superior expertise; I’ll just, eh, restate what you said.

Machine Translation is AI-hard: you need real understanding of the world to do accurate cross-context machine translation. AI has a long history of hype, and a long history of shifting goalposts. The current results of Machine Learning in Language are all around us here in Quoraland: they’re the bots, and they’re people popping over to Google Translate. How impressed are you? And yet, if you thought about this 10 years ago, you would be astonished at what they do. If you allow for their limitations, you still can be.

(I was astonished at my accidental discovery the other day, that Google Translate does so well with Augustine of Hippo. For the fairly obvious reason that the bilingual corpus of Latin it was trained on must have included Augustine of Hippo.)

The foreseeable future of machine translation I see is more of the same: more machine learning, more statistical methods, with maybe a bit more sensitivity to context, through better AI in the backends. What you’ll end up with is what people have been saying for a while you’ll end up with in AI: something that does very well in a specific domain it has been trained for, and not so well if it’s confronted with novel domains. So you will be able to use it as a tourist; arguably, you already can. You will be able to translate documents in a particular field. But the translator will still get confused very easily, once confronted with anything unfamiliar. People will be aware of that, and will work around it.

Minority languages will be supported a little by MT, but I dispute the overoptimistic belief that noone will need to learn English anymore, because machines will do the translating for you. Anyone who needs to make sure they are understood accurately for their job is not going to take the chance that the computer misconstrues them: they’re still going to learn English (or Mandarin or Spanish or Uzbek, or whatever the future lingua franca is), and make their own decisions about how to deal with ambiguity. And minority languages will still be restricted to the home and away from the public sphere, which is how languages die.

Or even worse, minority languages will devolve into translationese: the only Irish around will be whatever word-to-word translation from English the Google–Apple–McDonalds Translatatrix 4000 spits out.

The catch in all of this is that we have an event horizon of, I don’t know, 10–20 years for any prediction of the future in IT—past which, who knows. The Singularity may yet happen.

But AI has had a lot of hype, and a lot of shifting goalposts.

When you google SOEGENG, you get Sugeng, which reminds me that Indonesian used to be spelled more Dutch than it is now, including using oe.

I also realised that the SOEGENG comes first, the writing forms an arc.

For the rest, ask someone who actually knows Indonesian.

Not that I know, but there’s a region of the South that does a stereotypically Canadian thing.

The stereotypically Canadian thing is Canadian raising: pronouncing the diphthongs /aɪ/ and /aʊ/ as /ɐɪ/ and /ɐʊ/ before voiceless consonants. It’s the thing that Americans make fun of, by saying Canadians say aboot instead of about.

Canadian raising is not restricted to Canada.

I went down to Lynchburg, Virginia once; friend of mine’s folks are from there.

And what do you think I heard?

Sure wasn’t expecting a 70 year old southern gentleman to sound like Terrence and Philip. 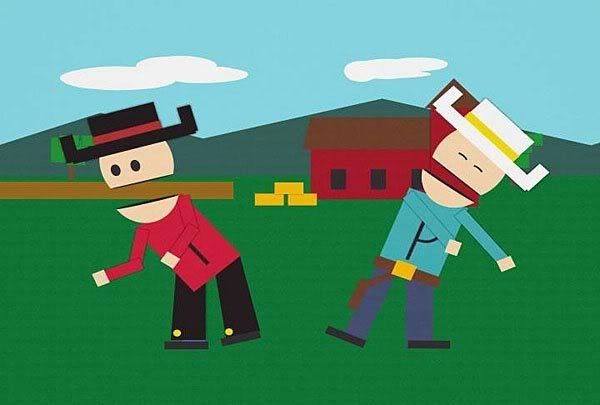 The major central (Piedmont) and eastern (Tidewater) regions of Virginia, excluding its Eastern Shore, once spoke in a way long associated with the upper or aristocratic plantation class in the Old South, often known as a Tidewater accent. Additional phonological features of this Atlantic Southern variety included:

A possibility of both variants of Canadian raising:

The Tarantella, known in Salento as pizzica, is a dance associated with a hysterical condition known as Tarantism (supposedly triggered by a tarantula bite). A couple of scholars have speculated that tarantism is a survival of Ancient Greek bacchanalian rites, which were driven underground by the Roman senate. Villages in Salento are Greek-speaking to this day.

The Dabke is a Levantine Arab folk circle dance. A couple of scholars have speculated that it is of Canaanite or Phoenecian origin.

OP is taking a further step: since the Philistines of antiquity are widely believed to have been Minoan Cretans, and since we know that the Minoans had circle dances, might the Dabke not be of Cretan orgin? The pizzica, after all, looks like it’s of Greek origin.

Well, I don’t know much about the history of dance. But I do know from linguistics that recent areal diffusion is more plausible than millenia-old inheritance; and that much seeming similarity in a phenomenon can be explained through the limited options available for that phenomenon.

I was tempted to say that if you want a group of people to dance as a community, it’ll be either in a line or in a circle, so the similarity of the dabke and the Cretan syrtos may be a coincidence.

But Wikipedia’s Circle dance shows that the form is found everywhere in the Middle East and South-Eastern Europe (and Brittany), but not so much elsewhere. Given that, I won’t posit an inevitability of circle dances. Instead, I’ll posit areal diffusion. The notion of dancing in a circle may well be as old as Minoa. I don’t necessarily see that the Minoans transmitted it all the way from Malta to Azerbaijan; it may well have been in use throughout the area 3000 years ago already, or it might have gradually spread from place to place.

But if we have to explain how come a continuous area from Croatia to Kurdistan dances in circles, then having the dance leapfrog from Crete to Gaza doesn’t buy us much: it explains the Syrtos and the Dabke, but it doesn’t help explain the Hora and the Kochari. If you explain those as diffusion from the Syrtos and the Dabke, then you might as well explain all the circle dances as diffusion anyway.

Oh, and the bacchanalian origins of the tarantella are just one guess, too. You don’t need Dionysus to explain Dancing mania. Many of the documented mediaeval instances of that are in Germany.

Dedicated to Pegah Esmaili, for whom there is a world of difference between circle dances east and west of the Taurus mountains…