I liked Steven de Rooij’s and Mujahid I. Ally’s answers, from the blockee’s perspective, and hated everyone else’s.

So clearly I’m out of sync with the community norm.

Let me write an answer that addresses my discomfort.

In normal circumstances, questions and answers are an interaction between people, and follow the socialising norms for such interactions. That includes associating respect for a person with respect for what they say, and vice versa. And the social norm is that when someone gives you offence, and you accordingly sever ties with them, you are no longer exposed to contact with them, and you do not exchange social pleasantries with them.

This doesn’t happen here; as Joshua Engel decried in a comment, “block” here doesn’t actually mean “block” (by which I presume he means, “block + mute”).

The result is the question OP poses: blocking yet upvoting.

I’d argue that this is not normal for human interaction (“feels weird”, as Carlos Matias La Borde and Jeff Fuhrer put it). It’s not normal to refuse contact with people and then applaud people. So what’s going on?

I guess I can understand the reaction. I still resent it. I have the luxury of resenting it because I manage to avoid contentious topics, and am not a TW; I’ve never blocked (though I have muted two people), and I’ve been blocked only twice (Which people on Quora do you believe have blocked you unfairly and why?). So it’s still a big deal to me. (One of the latter has turned up in comments here, as an avowed trigger-happy blocker; and to him I say: do not fricking upvote me.)

But I also resent it because I find the imbalance of the interaction dehumanising. That’s not how people interact anywhere else, offline or online. No, my words are not separate from me. No, you don’t get to hate the sin and applaud the virtue from the same person. If you’re going to take offence at me, and block interaction from me to you, it offends me that you still get to interact with me at your discretion; and an upvote is not an interaction with disembodied words, it’s an interaction with me.

And if I matter so little to you that you don’t even remember blocking me, I don’t want your upvote.

Original question: What is the oddest ethnic mix you’ve seen?

With the obvious disclaimer that “odd” is not a value judgement. 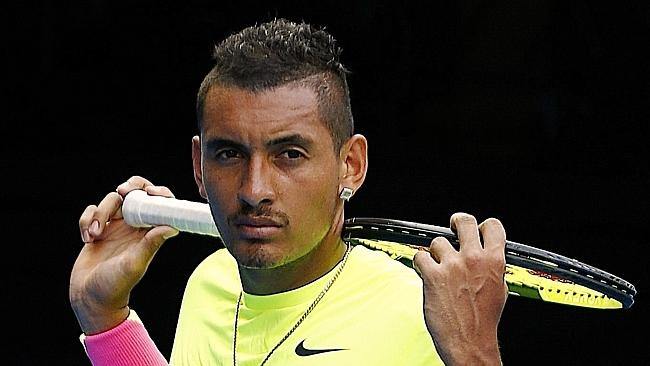 … Kyrgios is odd, alright, but not primarily because of his ancestry…

They are subsets (Unicode block) of the Unicode repertoire of characters:

Since Quora Shall Not have an API, they don’t want you doing cool things based off content. (They must be the only social media company in the Valley not to. Oh, I forget. They’re not social media.)

There were many data visualisation in the elder days: Oliver Emberton did a bunch of stuff, as did Stormy Shippy. Long since disabled. The best there is around now is whatever can scrape your profile page, which is down to:

Note that they visualise the post count on topics on your profiles. If you aren’t a MVW in a topic and haven’t indicated that you know about that topic, the topic will be missing from your profile, and hence your list. Going through your answers and identifying other topics is a good thing to do…

… except that with all API attempts disabled, you can’t do that. The best you can do (as I did recently) is download all your answers, eliminate the questions not tagged with a topic you know, and see what’s left. It’s suboptimal.

The present dispensation, we are told, is that there is human internal Quora review of all merges. That to me is as good as can be reasonably expected.

Joachim Pense is right that it’s neither emergent nor inherent, but selected for by moderation.

However, the extent of humourlessness really varies by topics. Topics inherently select for different balances of the factual and the anecdotal. Survey Question is awash with anecdote, and humour follows it naturally. Where the topic inherently allows for it, a community of practice can develop around prominent answerers, so that there can be emergent humorousness. But I’d argue it’s quarantined.

Some of those polymaths also try to inject levity into answers, so long as they are still providing relevant answers. I think a fair few of them succeed.

See also: Why is there very little humor on Quora?

–tōr is an agent suffix:

“I guess I should check out Reddit after all…”

Depends on your budget. In order:

Yes, to Australians, Europe might as well be just one country.

6 countries, 6 weeks. Or, as we said to each other at the conclusion of it: “we’re too old for this shit.”

You can’t. Refer How can I see my Quora PeopleRank? PeopleRank values and the PeopleRank algorithm is not divulged, although there are good guesses about what it involves.

And given that Quora Stats has been broken for years, even if Quora did release people’s PeopleRank, you likely still wouldn’t be able to see it.