Like Alec Fane (in comments to Peter Flom) I differentiate between trolling and non-trolling comments (including insisting on continuing a debate once the OP has agreed to disagree). Because otherwise, disable all comments ever, and be done with it.

An answer offered in the context of social media* is an answer informed by the reception and feedback of its peers. In that regard, social media is an advance on the traditional, unidirectional communication of opinion: it allows the answer to be enriched, collaboratively, and to be corrected or adjusted as need be.

In fact, in a domain where I don’t have the subject expertise, how the answerer interacts with comments questioning their premises or completeness will inform how trustworthy I consider them to be.

I do think less of Quora members who disable comments. Ernest Adams’ answers for example are (from what I have seen) largely trustworthy; but Ernest Adams has decided that two-way interaction is not for him. Well, if I wanted a one-way flow of information, I’d read a book (or a newspaper column, which is how he’s explicitly described his approach). In this medium, it means he is not opening his answers to inquiry. It is a poor cultural fit to how anyone online now consumes information. It’s his right to do one-way flow; it’s my right to construe that as arrogance, and not to want that on my feed.

And when people go further and offer factually wrong answers while disabling comments (as I’ve discovered in etymology questions), then their disabling comments is allowing them to spread misinformation. Yes, I do post separate answers correcting them. But that really isn’t the same, especially given that users usually see answers in isolation in their feed.

There’s a foundational disconnect here, I suspect, between those who believe an answer is to be judged in and of itself, as a disembodied text, vs those who construct a profile of trustworthiness around answerers.

See also Nick Nicholas’ answer to Why would a person who has blocked you upvote your answers? , which comes from the same worldview as this answer.

I know Greeks’ opinion on this question might not be welcome, but it’s reminded me of a very similar question: Why do Greeks (fairly unanimously) hate the 500 years of Ottoman rule but no hate against Venetian rule which was 400–600 years?

You could argue rather convincingly that Venetian rule in the countryside was a lot more unpleasant than Ottoman rule. In Crete, it meant 400 years of corvée (feudal forced labour, whenever the landowner or the state felt like it). It meant the locals really were treated as a colony, and not just a millet. It meant no senior Orthodox clergy. It meant lots of uprisings against Venice, that even the local Venetian colonists took part in. It meant that when the Ottomans came to town to besiege the Venetian strongholds, Cretan villagers actually joined them.

Not saying this is the main reason; others’ responses have been very informative. But I’m sure it’s a factor.

I’m not scrolling, so I’ll reconstruct based on memory and the relative positioning of followers on my profile.

Philip Newton. I already knew him from my previous life as a Lojbanist; and he acted as what I like to think of as my Quora sponsor, being the first to upvote me and comment me.

In fact, the Greek for pussy cat is ψιψίνα psipsina.

In the world of scholarly consensus, the earliest fragment of a Greek New Testament gospel is Rylands Library Papyrus P52, containing a few lines of the Gospel of John, and dating anywhere between 125 and 170 AD. As one might expect, there’s a lot of controversy around the exact date. It’s a fragment of a papyrus codex (that is, book as we know it, not scroll, written on both sides); Christianity is believed to have popularised the codex over the scroll as a format. 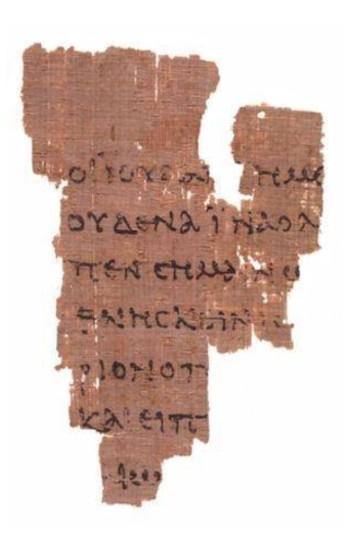 What is the most beautiful written script according to you?

Not because my wife’s Armenian. She doesn’t speak the language.

Not because the alphabet’s well-designed. I think all the letters look the same.

In fact, precisely because I think all the letters look the same. The results look like this: 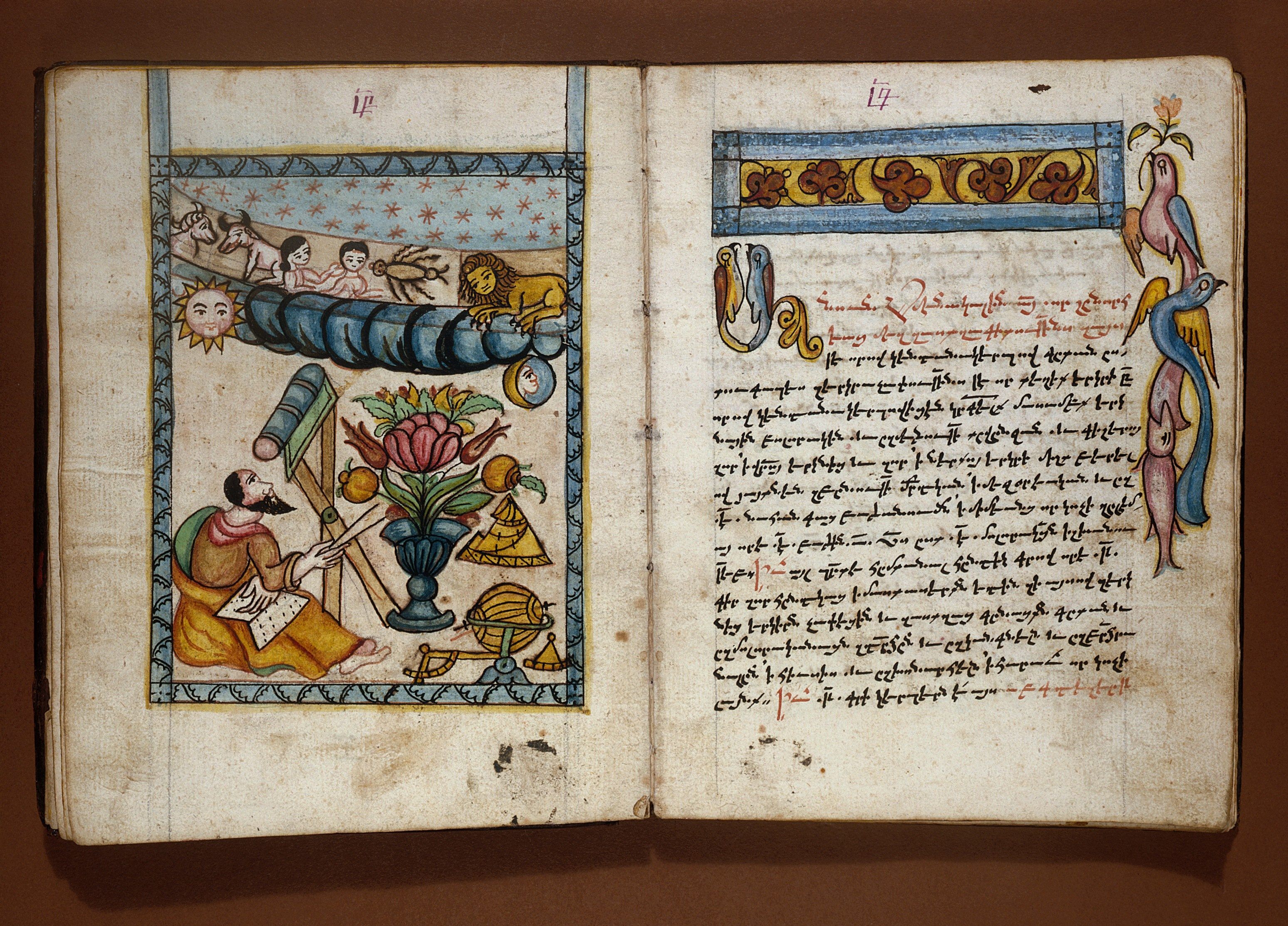 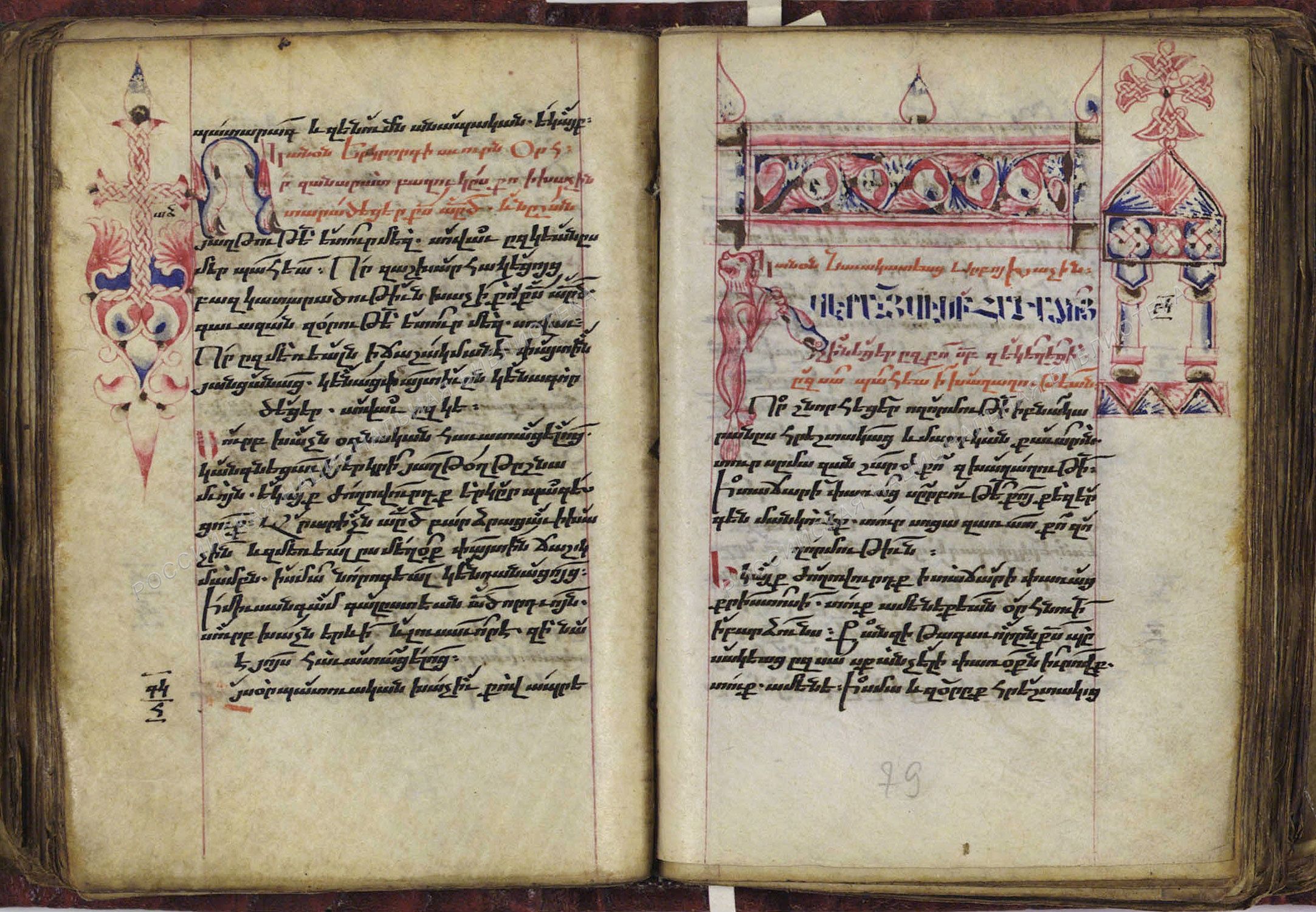 Beautifully flowing. My time at the Matenadaran was the highlight of my time in Armenia.

Thanks to Abbas Ibrahimzadeh; I’ll steal his picture: 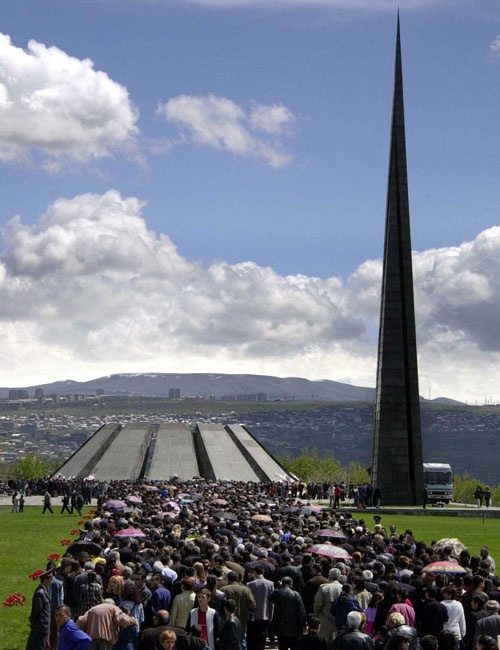 As we were told when we visited there, there are two segments to the needle, a larger one and a smaller one. They represent Western and Eastern Armenia.

Then we’d be properly acknowledging sign language speakers as our fellow citizens. Hell, even exposure once in your schooling would help with that.

And I’d be able to borrow my deaf neighbours’ ladder without them them shooing me away because they assume I’m a salesperson. (It happened the once.)

Plus, a lot more parents would use sign language with their hearing babies, because they can’t wait until they develop the motor skills to speak.

I was not aware that he’d died. I was even less aware of the conspiracy theories about his death.

I’d come across his books when I was looking at Arvanitika for my linguistics thesis. (My stuff on Balkan language contact ended up left out of the thesis, but I’m grateful for the opportunity to learn about Arvanitika and Aromanian.)

What I thought of him? Amateur, as I think of all Pelasgianists. Eager to prove his loyalty to Greece, like pretty much all Arvanites; I’m surprised from Aristidh Kola – Wikipedia to read that he was as Shqipëtar-friendly as he was. (I’m using Shqipëtar to mean Albania/Kosovo Albanian.)

What do I think of the conspiracy theories? Implausible. But I would think that.

Opprobrium is usually directed at the made-to-order Stalinist cantatas and film music. See for example Putting the Stalin in Shostakovich: pro-Soviet cantatas cause outrage. They are regarded as insincere, bombastic, and forced on him. People in the West know that they weren’t the kind of thing he took pride in, and prefer to ignore them.

I haven’t heard them, because, well, ditto. I’ll queue them up in YouTube today.