Same answer, man. If I wanted to have a competent grasp of probability, I would have stayed in engineering.

Take the money and run. 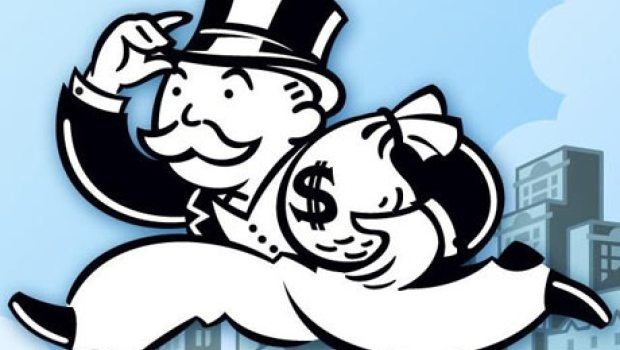 Why… with one million dollars… I could almost afford a decent house here in Melbourne!

Heather Paige Dubrow (née Kent; born January 5, 1969) is an American actress and television personality. She portrayed Lydia DeLucca in the television series That’s Life in 2000, and has starred on the reality television series The Real Housewives of Orange County since its seventh season in 2012.

Heather Dubrow is deeply awesome, cool, and wonderful, for several reasons, not restricted to the following: 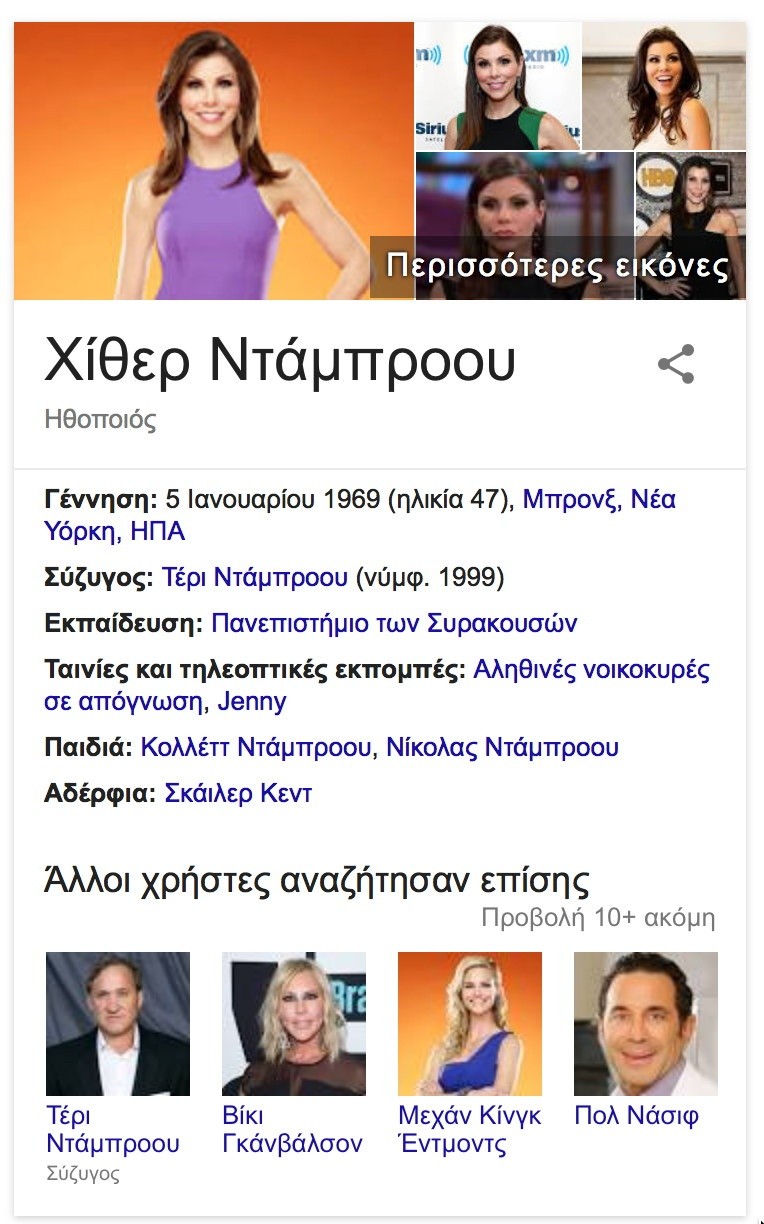 Yeah, the Ninth for me too. Not just for the finale: the first three movements are wonderful, and there’s sublimity in the Adagio.

It’s hard to do favourites, and I love all the odd-numbered symphonies (apart from the 1st, which is still Mozart on Red Bull, as JM Cortese put it). The 5th and 7th are both extremely tight constructions. But I’m too jaded now for their optimism to work on me like it used to.

What expression from your language would English speakers find really funny if translated word for word?

Ah, you remind me of the Golden Treasury of Greek-English expressions: we have not seen him yet, and we have removed him John

I posted an analyses of a few of these on my Greek linguistics blog in 2010: Ἡλληνιστεύκοντος 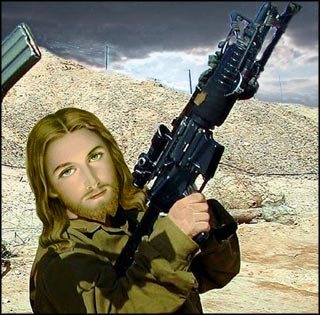 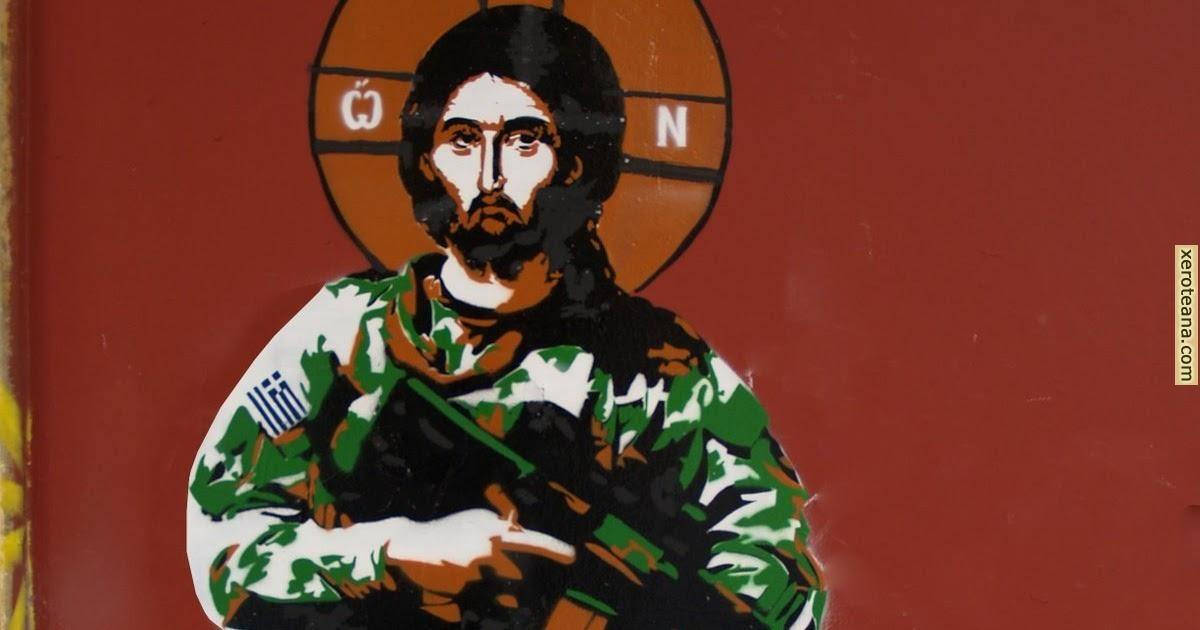 There are funnier ones, those are just the ones I’ve published analyses of…

Greek. Heptanesian dialect, which is rather close to Standard Modern Greek.

Two hundred years ago, Italian (Venetian) among the nobility.

I’ve seen no evidence of Albanian ever spoken in Corfu.

There are topics around Quora that could expose me to age-old hatreds in the Balkans. But I’m not here to yell at or be yelled at by Turks, for instance. I’m here to share knowledge and learn from them. And it’s been great!

That privilege and personality combo means I dislike comment blocking (I’ve just vented about it), and am shocked at comment deletion. So, when I saw Jae Alexis Lee’s at the top of the answers stack, I braced myself…

… and once again, found myself nodding along with her at each point. If I was in her position, I’d be likely doing the same. I think my repertoire would be closer to Stan Hanks’, but then again, Stan Hanks has the same kinds of privilege I do, so I don’t know.

Polite disagreement is awesome. It is a learning opportunity, and I welcome it. There are several Quorans who don’t let me get away with facile statements (top of my list are Dimitra Triantafyllidou and Clarissa Lohr), and I am grateful to them that they don’t. I don’t edit my answer to reflect it, unless there are outright errors of fact; but I want people reading my answers to read the comments.

I’ve had one or two users get more in my face over the year; I’ve almost always ignored them, like Stan Hanks does (“feel free to have the last word, it should be obvious which of the two of us is nuts”). But there was one user I debated with. The guy got pretty unhinged (Dimitra, that was the guy you said would get a lawsuit in real life), but I wasn’t prepared to let him go, since he was posting on topics of my core scholarly competence. I was slightly peeved, but I remained quite polite, and I insisted in pointing out where I disagreed.

And it was remarkably civil outside of those comment threads. I think the guy appreciated the attention. In any case, he was only here for a week.

I would like the option of a radio button on why the downvote. There’s room between downvoting and reporting, and I’d love to see the feedback. Srsly.

Like Peter Flom said, the downvote can mean anything. Including “I don’t want this answer in my feed, even if there’s nothing wrong with it.”

The real grouping of symphonies that go together is {Lied von der Erde, 9, 10}. But I still don’t grok the 10th (which really does jump into the unknown with its tonality). And the Lied… yes, yes, the Abschied is sublime, and I actually like Li Po/Li Bai’s poems independently, but the rest of it doesn’t really work for me either.

Ah, Habib. Other than you, right?

I have an upvote chain (h/t Laura Hale) going with my inner circle of Quora besties. I upvote them because they’re my friends, but then again, they’re my friends because they post good stuff. I do occasionally withhold upvotes from them, usually because I don’t think the answer was up to their usual standards; but I do feel guilty about it.

I’ve already posted who my besties are; the list in I love youse guys is obsolete (four months ago, that’s an eternity in Quora time), but indicative.

I upvote good stuff when I see it, and I do wish Quora mixed up my feed more; I upvote with that hope, and sometimes it works. But regular upvotes and following are positively correlated anyway.

These simple word lookup questions are the bane of anyone who follows a language topic, and they are not differentiated by topic from more substantive questions.

These simple word lookup questions are also Ground Zero for easily Googlable questions, on which see: Is it bad to ask questions on Quora that could easily be answered via a Google search? (Executive Summary: Quora Inc loves them, because they think Quora will replace Google. Many individual users want them to burn in hell.)

Those questions can’t be muted by topic.

They are low quality. Seriously, they are. They only add value to Quora if you think Quora will replace Google (which Adam DiCaprio actually did, in 2010).

I haven’t downvoted them, because I have a very high threshold for downvoting in general. But, IMHO, OP: Be that guy.